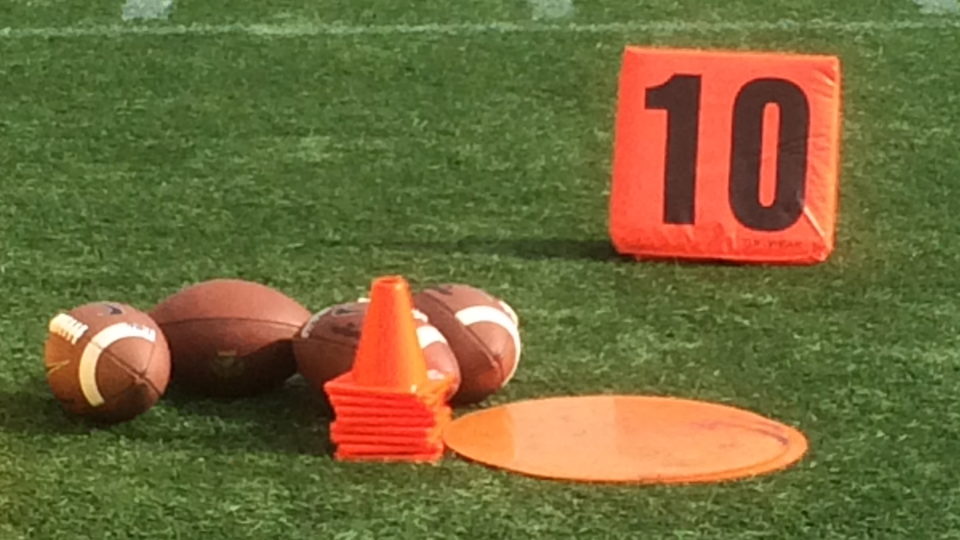 On Monday, both Rose Bowl Game challengers rolled up their sleeves and practiced in the warm, afternoon Southern California sun. Both the Iowa Hawkeyes and Stanford Cardinal returned to their natural habitat of the practice field after another morning media session.

Iowa’s Desmond King admitted he is directly on the fence about returning to Iowa City next fall. The unanimous All-American and Jim Thorpe Award winner has had a banner season, tying a school record with eight interceptions. In fact, King’s likeness hangs outside Kinnick Stadium among other Hawkeyes outstanding performers.

King awaits a NFL Draft evaluation to return to see where pro scouts believe he could be selected. But, King says the looming decision is pushed to the back of his brain while the majority of it focuses on Stanford in the Rose Bowl.

“It’s just not the time for me to think about that right now because we have a very important game coming up this Friday,” King said.

“It’s easy for a guy with that kind of accolades to go ahead and take it easy, but he’s been practicing really well,” Parker said.

Should King return to school for the 2016 season, Parker believes there is an even higher ceiling he can reach.

“Being a good player, I’m expecting him to play at the highest level at every play,” he said. “For him to get beat in one play is not good enough for my standards and for him.”

Both Rose Bowl combatants have repeated the understanding of similar styles between the schools. That includes what Stanford Offensive Coordinator Mike Bloomgren calls “efficient runs.”

It is the same style of offense Iowa has run for decades. The goal for each of these runs is for the offense to stay on schedule on each down and distance.

“First and second down, we’re looking for four yards or more,” he said. “Third down, looking to move the sticks and same with fourth down.”

The Cardinal enters the Rose Bowl playing a team who suffered its only loss in the Big Ten Championship on a 22-play drive flooded with efficient runs.

Should Iowa prevail on Friday, it could be their ability to cut down Christian McCaffrey’s attempts at reaching said efficiency. If the tactic has lulled Hawkeye fans to sleep, they are not alone.

“I don’t know that our fans like them, but we sure do,” Bloomgren said.

Kevin Hogan will start under center in the Rose Bowl Game for the third time in his career. The McLean, Virginia native has immense impact in planning and executing Bloomgren’s methodical offense.

Typical of the most cerebral NFL quarterbacks, Hogan will race into the huddle with three or four called plays, before deciphering and countering his opponent’s tactic. The Cardinal quarterback spends time during the week in protection meetings with the offensive line, preparing the group for adjustments at the line of scrimmage during the game.

“I think it’s very rare, I don’t know anybody that’s doing it in college football,” Bloomgren said. “We did not do it with Andrew [Luck] for whatever reason. For us, it’s such a confidence, gives his teammates such a confidence.”

Hogan will bring those protective measures with him to the field Friday, opposing Parker’s simplistic defense that can be confusing to signal callers.

“You never really know what they’re going to do,” Hogan said. “You kind of have your mindset of what their defense is going to be before the snap, and all of a sudden they just throw something else at you.”

“[He runs] sideline to sideline, making play after play,” he said. “Really impressed how he never gives up on a play, and how many plays he’s able to make from whatever position he starts.”

Jewell admits he has a lack of natural speed, but it’s the work of track and field in high school combined with Coach Chris Doyle’s legendary strength and conditioning program.

“I was pretty small,” he said. “But speed is faster for me on the football field, seeing reads and spring to that position. I’ve never been that fast of a guy, but I’ve grown here the last couple of years in my strength and agility.”

Tuesday is media day for both teams. Kirk Ferentz traditionally keeps younger players from the microphones, but everyone in Black and Gold will be on display. Stanford has the only open practice in the afternoon, with Iowa taking care of business behind closed doors.

KRUI Sports will air a daily radio show from the game’s media hotel, keeping you in the loop on all things Iowa Hawkeyes leading up to Friday’s Rose Bowl Game.