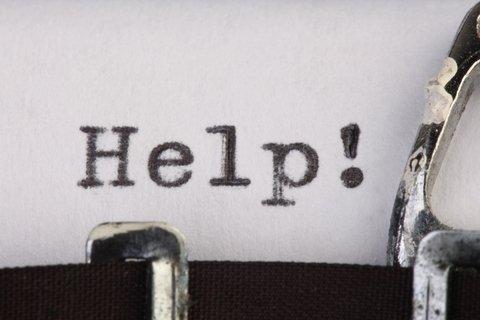 If you’re a wannabe fiction writer, there are a few initial things you might wonder. “Where do I start?” is one, and “Is this idea I have even worth writing about?” is another. These are super common questions, both concerning a special type of writer’s block–the writer’s block that keeps people from writing in the first place.

I bet you expect me to say, “at the beginning”–nope.  It’s perfectly acceptable to begin writing a scene from the middle of your story if you’re really excited to write it, or if you know how to end it but not to begin it.  But what might be helpful would be creating an outline for an overall idea of how you want the story to go.

“But I don’t know how to outline!”

There are so many templates for outlines, from the super-broad to the intricately detailed.  No matter what works for you, you can probably find an outline template for you online.  My personal choice is the seven-point outline, which you can learn all about on Youtube.  The point is, people write in different ways–some prefer a detailed outline before writing, some like a loose, general outline (like me), others don’t.  You don’t know which camp you’re in until you try.

Another way to dip your toe into writing is world-building.  If you write sci-fi or fantasy, you’ll especially have to do this.  World-building is where you make up details of the setting that may or may not be mentioned in your story, but will make the story feel more fleshed out.  This can range from making up religions and magic systems, to economics and government.  You can also try to figure out your characters’ backstory, interests, and other details that may or may not be important to the plot, but will help inform your characters’ actions.

Remember, there are multiple ways to start writing.  The only way to lose is to never try–then all the people who tell you that you’ll never be a writer (and that your ideas are dumb) will win.  And that leads us to the second question.

“Is my idea for a story even worth writing about?”

This is a question you will likely have no matter how much you’ve written.  Apparently Neil Gaiman (who’s written Sandman, Coraline, The Graveyard Book, and many others) calls his editor with this fear every time he writes a new book.  I’ve had this crisis of thought multiple times–the answer is “Yes.”  Not always for the same reasons, though.

Not everything you write will be published.  I remember my first writing endeavor–in seventh grade, I began writing a story about a girl who finds out she’s a witch, and goes to a girl’s boarding school for witches.  This was eventually scrapped because 1) I had matured to the point where I didn’t feel like ripping off Harry Potter anymore, and 2) I had a much better idea that I wanted to write instead.

Ripping off Harry Potter wasn’t a waste of my time, even though it was never published anywhere.  If I had never started to write an entry-level story, I never would have gotten that initial practice I sorely needed.  It also had another effect: I knew I could write.  I began to look at myself as a writer, and started me on a path to learn as much as I could about writing.  After numerous podcasts, how-to books, and mediocre first drafts, I’m proud of how much progress I’ve made since I first began to write.

As one of my favorite authors told me, writing is like an apprenticeship.  It takes time, practice, and the willingness to be a beginner.  Sometimes you find out that writing’s not for you, and that’s not a loss.  And sometimes you do really well and end up publishing.  The only way to truly lose, is to give up before you even start.

Now that you have some ideas on how to start, are there any other questions burning in your mind on how to proceed?  Feel free to email me at madwar_krui@yahoo.com with any questions or concerns about writing.  Perhaps it’ll inspire my next column!  Happy holidays, and happy writing!