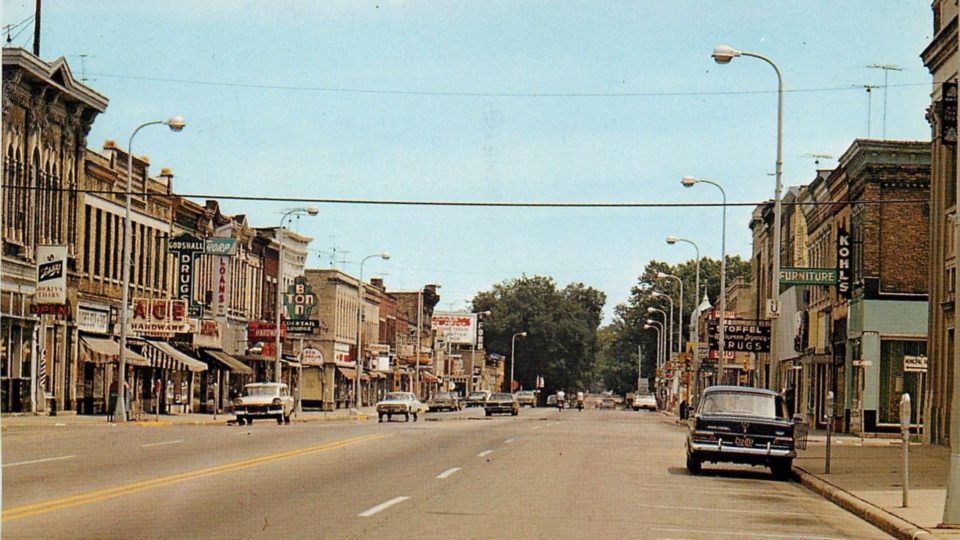 A coffeehouse is a place for everyone. It’s a place for teenagers to hang out after school and order their frou-frou

The small town of Waupun, Wisconsin doesn’t have a lot to offer its teenagers. In order for them to do anything remotely fun they have to go to their neighboring cities, Beaver Dam and Fond du Lac, and even then there isn’t much for them to do. The one good thing Waupun has to offer is End of the Trail. This place brings

happiness and joy to all who enter it. Well, I may be a little partial to it just because I’m a coffee addict. I live and breathe the stuff.  I can’t function throughout the day without having coffee to get me to the end of it. The people who work here know my name and my order when they see me walk through the door. An iced white chocolate mocha. It makes my mouth water just thinking about it. They finish making my drink and I go to sit down in the corner table of the shop to wait for my friends to show.

They are always running late. Olivia has to pick Cole up because his parents have the car for the day and Cole usually takes his time picking out his outfit. He has to be fashionable at every moment of the day. Even on days like today, when he is just meeting us for coffee, he still has to look his best. And if he happens to figure out his outfit on time, it’s Olivia who is behind schedule. She believes that by being late to everything, it will make you take those opportunities you wouldn’t have had if you were one minute earlier.

But, that’s okay with me. I like sitting by myself, listening to my music, and people watching. It’s my happy place. After five minutes, and in the middle of Ships in the Night by Mat Kearney, Olivia walks in with cheeks rosy from the winter chill, and her long ginger hair is hanging down under her white knit hat and over her navy blue pea coat. She’s wearing her favorite comfy outfit: a flannel with dark blue jeans and boots. Cole walks in right behind her sporting a grey sweater with a blue plaid button down underneath it, so you can just see the collar of it, with blue jeans and converses. His ensemble goes perfectly with his light brown hair that is swooped up to give him the typical white guy haircut.

They find me at our usual corner table, put their stuff down, and they go to the counter to order. In a couple of minutes they return, with drinks in hand, discussing a book they are reading for AP English. Cole is the only one of us who likes coffee black. He says it makes him more of a man, even though he is far from it. Olivia can’t stand the taste of coffee and always gets a hot chocolate, even in summer.

“Nathan Price just needs to stop. He is getting in the way of everyone living in the Congo,” Olivia says.

“Like I get the whole trying to feel better about being the only survivor and all, but dragging your whole family there and wanting to arrange a marriage for one of your daughters to the head of the village just to gain peace is a bit ridiculous. And while they are all suffering, Nathan just turns his back. He can’t get his mind out of the bubble that he has created and I hate it,” Cole replies.

“What book is this?” I interject.

“It’s an awful book. Truly horrendous,” Cole adds, just as my phone lights up with a message, “Ooo, is that your boyfriend?”

“Oh, come on! You guys have been talking for months! You’re practically dating!” Olivia exclaims.

“We are not dating.” They both give me a look that tells me otherwise, but I ignore them like I always do.

“Aren’t you going to answer him?”

“Who?” Olivia and I say in unison.

“Let’s hope this will teach her not to fool around with every guy in the entire school behind her boyfriend’s back,” Olivia says.

“How did he honestly not know that she was messing around behind his back?” I ask.

“Uh, because he was screwing every girl in the school, too,” Cole chuckles.

“Wow, are they perfect for each other or what?” Olivia laughs.

Just then a man walks into End of the Trail.  I recognize him from work. He usually comes into Hellen’s Kitchen on Thursday evenings and sits by himself. Even

though he harasses the waitresses, including me, while he ponders what to order, he usually gets the same thing: a cheeseburger without lettuce, fries and a chocolate shake. At work, we refer to this guy as Creepy Paul. He is of average height, short brown hair with a mustache and glasses, and he has a beer belly. For a small town, this guy is hard to avoid. He remembers my name and always asks my boss where I am when I’m not working. I’ve even seen him around the high school a couple of times too. He is the definition of creepy.

Cole and Olivia notice him too and we all fall quiet. We try to carry on a normal conversation for another half hour, but I notice Creepy Paul watching us the entire time. Eventually, we decided to leave and head to Cole’s house to hang out.

They leave before me, taking Main Street to Highway 49 to get to the small town of Alto where Cole lives. I had to quickly look at the message I received from Travis, the guy I’ve been talking to, before I met up with them again, and then I plugged my phone into my aux cord and continued playing Ships in the Night.

I wish I would’ve known that was the last time I would hear that song. And drink my favorite coffee beverage. And gossip about the people in my school. And see my friends again.

I wish I would have known that this was my last day here.