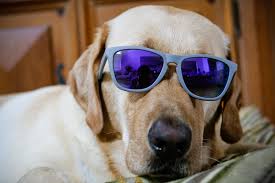 I found Mitchell’s body on a Sunday. He was lying on the cold tile floor of the bathroom in our apartment. His skin was white like snow and felt as if he had been covered in it all night. I remember that morning waking up feeling groggy and unrested. I had spent the whole night before watching him sleep. He had returned from his third tour of Iraq that week and I was still having a hard time taking my eyes off him–because I knew he would leave at the end of the month, once he received his orders for his next assignment.

I didn’t know he was coming home until that previous Monday. I had been sitting on the pleather couch in Doug’s apartment, Mitchell’s friend who I stayed with while Mitch was away, when I heard the door unlock. Doug already came and left, so I was suspicious. I leapt off the brown couch and took my position in front of the door. If someone was breaking in, I would be ready.

I watched as the shiny, gold doorknob turned. I crouched down, preparing myself to pounce. Finally the door swung open. It was Mitch standing tall, dressed in his army greens with a smile plastered shamelessly across his face.

“Hey Jake, ya miss me?” Mitchell asked as he knelt in front of me to pet my short chocolate hair. I got so excited that I knocked him to the ground and planted a slobbery kiss smack dab on his clean shaven face. Of course I had missed him and now that he was back, safe and sound, I was not going to let him out of my sight. 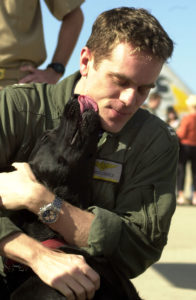 The rest of that week, Mitch and I spent every waking hour together. Each morning we got up early and jogged to the dog park, where we played Frisbee until it got crowded. After that, we ran back to our apartment and watched TV for the rest of the day. Every now and then, someone would knock on the door during the day, but Mitch wouldn’t answer it. He just kept his eyes on the screen.

At night, Mitch would toss and turn and scream and sweat in his sleep. One night it got really bad. Mitch began screaming through hot tears, “No don’t take him, take me,” I began licking the salty water off his afflicted face. Suddenly, Mitch woke up and shoved me off the bed. I hit my shoulder on the wood floor and let out a distressed whimper. My cry for help brought Mitch back to reality.

“Oh Jake, I am so sorry! I didn’t realize that was you,” he said as he picked me up and placed me on the bed. He rubbed behind my ears as I recovered.

“I guess I am just having a hard time adjusting this time. I don’t know why, but this tour is staying with me more than the others,” Mitch confessed as he laid back down.

After that, I wanted to make sure Mitch didn’t have any more bad dreams. So that Saturday night, I watched him until my eyes were too heavy to stay open. When I woke up, I instantly looked over, expecting to see Mitchell sprawled out with his chestnut hair in disarray, drool spilling slowly out of his mouth like molasses. But Mitchell was nowhere to be found. I stretched out to his side of the bed to feel that the sheets were cold and crisp, meaning he had been gone for a while. I assumed he went for a run without me since I hurt my shoulder when he threw me off the bed.

I didn’t think anything of it as I jumped off the bed in search of breakfast. I trotted to the kitchen where my chrome bowl was waiting for me, filled to the brim with chicken-flavored kibble. As I was about to dig in, a foul smell hit my snout. The smell reminded me of an old iron pipe. Curious where it was coming from, I left my delicious breakfast behind to go investigate.

I walked back into Mitchell’s room but the scent became less potent. My next destination was the bathroom. As I advanced, the smell crept its way back to my nose. When I arrived at the bathroom door, I found it slightly cracked open. Now the iron scent was overpowering. I nudged the door open slowly. The first thing I saw was blood, and a lot of it. The deep brown sludge covered the tiled floor. Then I saw Mitchell. His arms and legs were thrown chaotically on the ground and his face resembled a tortured man. A piece of notebook paper with his scrawled handwriting sat above his bloody head. A pistol with a silencer attached laid a foot next to his right hand. I stood there in disbelief as I took the scene in.

I let out a tormented howl. I did not want to see my best friend like this. He was a hero, not someone who should be mangled by his own hand. I began to whine as I shuffled over to his contorted body. I solemnly licked his face one last time before I toppled down beside him. I felt the thick blood soak into my fur, but I didn’t care. I continued crying until I heard a knock on the door.

A few minutes following the knock, the manager of the building came in as a result of the noise I was making. When he saw Mitch’s body, he turned around and threw up. After he got his barrings, he got out his phone and called the police. When they showed up, a woman in a dark blue uniform came over and sympathetically stroked my head with a latex glove. She stopped when she saw the note laying by Mitch. She slowly picked it up and began to read it out loud. I zoned it out. I knew why he killed himself, I didn’t need to hear confirmation. It wasn’t until I heard my name that my ears perked up.

“And tell Jake that he truly was a man’s best friend.”