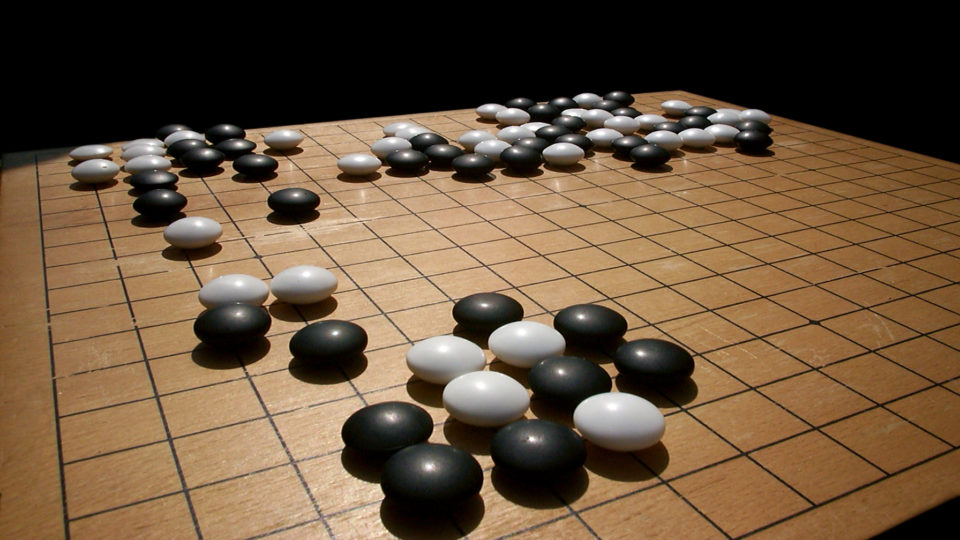 It is currently Thanksgiving Break as I write this, and so I’ve decided I’ll take my column in a slightly different route for this article. Rather than review a specific movie, I’m going to look at how a specific topic is presented in the movies. And since it has become my new obsession, I’ll be discussing the game of Go.

Go is an ancient board game, first believed to have been played in China over 3,000 years ago. It is the oldest known board game in the world that is still played in its original form, and it remains an extremely popular game in many Asian countries.

The game is played between two people who alternate placing white and black pieces (called stones) on intersecting lines on the board. The most common Western game that it is compared to is chess, and with good reason. Both games are known for having simple rules that breed an immense complexity and depth, and for skill in the game reflecting a certain kind of intelligence.

Now, to go through every instance of Go being played in Eastern films would take me far too long. From films by famous directors like Ozu and Kurosawa, to classic flixs like the original Godzilla, to modern animes like Hikaru no Go, the list would go on and on (see what I did there?). However, Go has been mostly ignored in the West until recent decades, where it has seen an explosion of popularity. And with this new popularity has come some references in major Western films.

For example, a scene in director Darren Aronofsky‘s (director of Black Swan and Requiem for a Dream) debut film Pi features a discussion of the game. The film follows protagonist Max Cohen as he tries to create a mathematical formula that will allow him to correctly predict the fluctuation of the stock market. His old mentor Sol tries to warm him of the madness of trying to break the world down into numbers, and he uses the game of Go as an example. This scene discusses many of the important philosophies about the game, particularly those that view the game as a microcosm of the entire universe. Check out the scene below:

Another famous Western film that references Go is Ron Howard‘s A Beautiful Mind. In this scene, the protagonist John Nash, a genius mathematics student at Princeton, is challenged to a game by one of his fellow students. Once again, the protagonist is trying to reduce something in the natural world to a mathematical formula, in this case the movement of pigeons on campus. In this scene, the game itself is portrayed less realistically. From the quick shots of the board, Nash clearly makes a few glaring strategic errors, despite his claim of “perfect play.” However, the scene is important to the movie, as it gives viewers a glimpse into his arrogance and refusal to admit failure. Check out the scene below:

Go also makes an appearance in Tron: Legacy. In it, Quorra discusses the game with Sam Flynn, and how she used to play it with her father. The ancient game is presented in contrast to the futuristic world of the film. It is shown along with old books including the works of Tolstoy and Dostoevsky, again emphasizing the old in contrast with the new. Quorra also makes some comments about differing play-styles, including Flynn’s patience, and her over-aggression. Check out the scene below:

With Go’s increased exposure in Western films, it has seen many new players who have been intrigued by what they’ve seen on the silver screen (such as yours truly). If you’re also interested in learning more about Go, check out this site to learn more, and keep an eye out for the game in any movies you see!