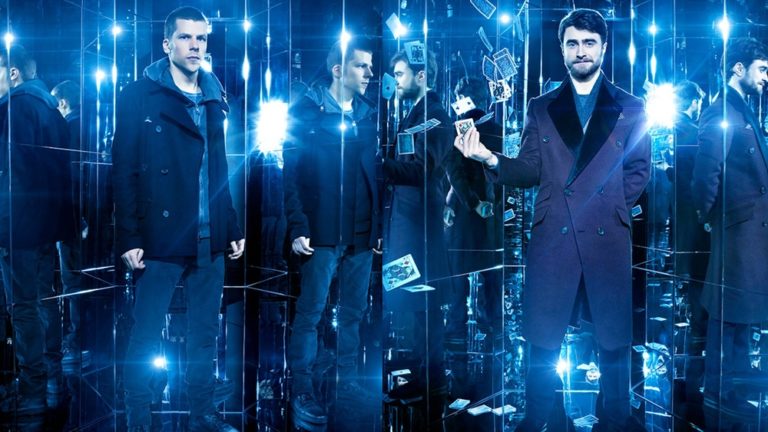 This article contains language that may not be appropriate for some readers.

Summer movie season: that time of year when big budget studios throw all of their money behind the next generic, bland, product-pushing mega tentpole movie. Even with all the cynicism I treat blockbuster season, I must admit I love it.

Or maybe it is more of a love-hate relationship. Past Summers have given us Oscar winners such as Gladiator, pitch-perfect comic book adaptations including Spider-Man 1 and 2 and X2, as well as many Pixar favorites that if you don’t love, you obviously have no soul. With the good however, comes the bad. For each Dark Knight, there is a Battlefield Earth. All the Toy Story movies in the world can’t make up for any amount of Superbabies movies. So let’s see how 2016 stacks up.

Unsurprisingly, there is no shortage of action-driven “family friendly” movies that have hit theaters this Summer. While I love a solid popcorn movie more than most, it pains me to say there are not many diamonds to find this year in a sea of turds. Still, Captain America: Civil War was a perfectly crafted and solid piece of entertainment, and not without a certain level of emotional heft. Marvel finally realized that they can’t craft villains that are worth the shiny CGI they are made out of so they pitted our two favorite action heroes against each other. The result was a fast and fun film with kinetic action sequences with a physical sensibility reminiscent of a Paul Greengrass film. It succeeds where Avengers 2 failed in terms of giving its characters actual stakes. The whole world isn’t going to be destroyed, but the relationship between Cap and Iron Man takes a rather dark turn that gets viewers’ attention and actually makes us care.

X-men Apocalypse, alternately, is a hollow shell of a movie that makes me sad that I was ever so pumped for its release in the first place. Cards on the table, I love the X-men movies. It is easily my favorite comic book franchise and if anyone was going to enjoy Apocalypse it was going to be me. On a surface level, sure, it hit some of the right beats. Fassbender and McAvoy make a great leading pair and the Quicksilver showcase, much like the segment in Days of Future Past, never ceases to amaze.

However, there are too many boring characters, the plot meanders way too slowly, and the film has a huge villain problem. I’m not even sure what Apocalypse’s powers are supposed to be. I know it’s definitely not picking good henchmen. If you think an alcoholic teenager with bird wings is one of the strongest mutants in the world, you are going to have some crappy horsemen helping you usher in the end of days.

And speaking of Horsemen! The film no one was waiting for (and no one really asked for), Now You See Me 2.

If I ever meet someone who was rabidly anticipating this sequel, I will let Chris Angel levitate me in front of a bus. I see myself as a just-go-with-it kind of movie goer. When everyone is asking “Did the top keep spinning?”, or “Was Deckard actually a repilicant?”, I find myself saying “Who cares that movie was awesome!” That being said, there is only so much I’m willing to forgive.

Now You See Me 2 maybe works on a surface level of pure visual entertainment if you like crappy sight gags. Not much else is worthy of your attention. The movie is like a big ugly Christmas sweater: fun to laugh at for a bit, but once you pull at one thread, the whole thing falls apart. The slickest sequence in the film, where the Horsemen throw around a playing card with a valuable computer chip attached to it, loses its audience once you realize the entire sequence had no purpose in the plot of the film. Director Jon Chu hopes to literally distract his audience with slight of hand and tired card tricks. Sorry Jon, no one thinks magicians are cool.

2016’s blockbusters are mainly just busts, it seems. While it may be difficult to single out many bright spots in the lackluster tentpole films, there is some smaller budget fare that makes the season much more bearable. Even though it had a very brief run in theaters, Popstar: Never Stop Never Stopping was easily one of the most entertaining, if under-watched films of the summer. Popstar functions as a Spinal Tap for today’s generation of pop mega-star obsessed fans. Or it works for people like me who love making fun of such folks. Being mean-spirited is fun!

Popstar is not for everyone. Its delightfully foul-mouthed and gleefully inappropriate approach to comedy may find some viewers out of their comfort zone . Andy Samberg is locked in as the Bieberesque protagonist who just wrote and produced his second album with tracks that range from how humble he his to a song made up entirely of catch phrases. The music alone is worth the watch.

Finally, Summer was good for my favorite movie of the year so far, The Nice Guys. Shane Black shows off his expertise as a buddy cop filmmaker who excels at showing off different sides of Los Angeles. I love when movies are able to show unique sides of settings we have seen many times before, and The Nice Guys runs from Beverly Hills-style L.A. to grimy urban alleyways to classy Hollywood parties. The film is anchored by Russell Crow doing his best tough guy with a heart, but the star is Ryan Gosling.

Most people have come to expect a lot of good looks and charm with some sly talk from Gosling, but the man has serious comic acting chops. His delivery, timing, and especially physical acting went well above what many comic actors are capable of. Some might say the movie suffers from plot issues, mainly in that its plot really doesn’t matter. Sure, but when it’s so damn enjoyable to watch the two leads play off each other in a delightfully dark setting, who cares?

So, would Commodus give this Summer a thumbs up or down? Probably more like a “Meh…”. While there are certainly films to enjoy I’m finding a lot more movies that really shouldn’t have seen the light of day. Maybe I’m just spoiled from last years smorgasbord of Mad Max: Fury Road, Inside Out, Trainwreck, Mission Impossible: Rogue Nation, and way too many other fantastic films. Or maybe I just expect too much from summer movies. All I want to do is be excited and eat popcorn. “Are you not entertained?” No Marcus Aurelius, not so much this year.

Watch and Talk is an alternative look at film. It is a column that discusses movies from all different genres. Movies are not necessarily reviewed, they are simply talked about. Watch and Talk looks at not only the entertainment value of various films, but also the cultural impacts and aspects that films can have.