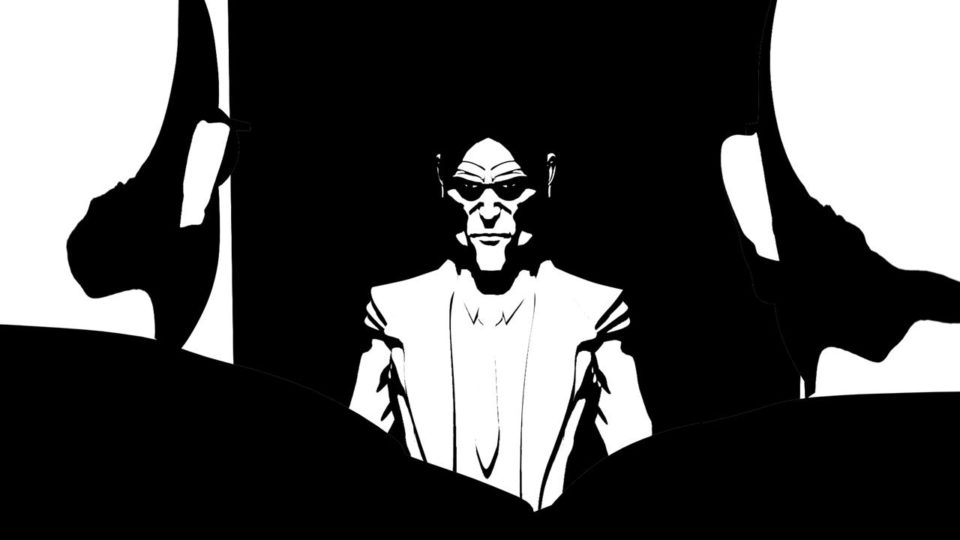 Recently, I was having a conversation with a friend about the current state of the “children’s horror” genre. It seems, we agreed, that we had lived through a kind of golden era of creepy and spooky works of art created for children. Beyond the time of the Brothers Grimm, no time period like the late 90’s/early 2000’s saw such a span of scary tv shows (like Are You Afraid of the Dark? and Courage the Cowardly Dog) and books (like Goosebumps and Scary Stories to Tell in the Dark) aimed at kids. It got me wondering; where are those stories now?

The answer came to me through Raul Garcia’s Extraordinary Tales. The omnibus film, featuring narration talent from the likes of Guillermo del Toro, Bela Lugosi, and the late Sir Christopher Lee, strung together five animated shorts based on some of the most famous works of Edgar Allen Poe. Poe, known for his creepy prose and obsession with the macabre, served as an excellent basis on which to revitalize the children’s horror genre.

The first film, The Fall of the House of Usher, featured narration and voice acting from fan-favorite Christopher Lee, from Lord of the Rings and Star Wars fame. The narration, embellished with a Lee’s slow deep voice and pomp British accent, excellently fit the aesthetic of short. The animation style made the characters look like living wood blocks, which was perfect with the story’s themes of antiquity, aging, and destruction of the past. Unfortunately, the short also displayed one of the main weaknesses of the entire film. The language of Poe is not, and never was, meant for children. This made it clear that the film was not really directed at children, though it may pretend to be. It is, in reality, made for adults, and Poe fans in particular, as is made obvious by the less than clear storylines, perhaps only understood fully by fans of the author’s work.

The second short, The Tell-Tale Heart, was my personal favorite. Based on the art of Alberto Breccia, the animation took on a Sin City-esque feel, which was amplified by the unnerving narration. Using old lo-fi archival sound of horror legend Bela Lugosi, the vintage vibe of the audio plays off of the modernist animation and visuals themselves. The fact that this story is perhaps Poe’s creepiest also certainly helps. The mish-mash of styles and influences actually made The Tell-Tale Heart the most interesting and captivating of the shorts.

The Facts in the Case of M. Valdemar took on a decidedly different tone. The animation was stylized like old school pulp horror comics (a la Tales from the Crypt). Surprisingly, this worked well with the story, which is perhaps the least well known of the five. The story, with its focus on the mystic and pseudo-scientific art of hypnosis and mesmerization, is the one that has “aged” the most, but the art style helped to bring the story to life. Although the story did feature narration from Julian Sands, it also had the most voice-actor work, with several characters having speaking parts. The short also marked a shift in the overall film, at least from my perception.

The penultimate film was The Pit and the Pendulum.  The original work is more ambiguous than the other stories featured in the film, and the decision to keep this ambiguity ended up hurting rather than helping. The animation style, with its dark and neutral color focus, was perhaps the most realistic animation, but this didn’t work to the film’s advantage. The only real saving grace of the short was the narration by Guillermo del Toro. Del Toro’s marauding and heavily-accented voice helped to establish the atmosphere of the piece, and to give a bit of life to an otherwise bland and undefined character.

Finally, there was The Masque of the Red Death. Despite having the most graphic imagery, this felt like the only short in the film that could have been fully appreciated by children. The art style looked like a painting come to life, which fit the Renaissance setting of the original work. The story of Prince Prospero’s lavish party and fool-hardy attempt to escape death, was told with almost no dialogue. This allowed the story to be explored through more visual and cinematic means, which greatly helped the overall piece. Unfortunately, this character silence was broken at one particular point in the film, in a rather climatic fashion. This served as the only, albeit small, damper on the final short.

Overall, Garcia’s Extraordinary Tales, while imperfect, looks to hit a sweet spot for its viewers. I find it hard to believe that many children will be able to fully understand the plots, but the animation and atmosphere of the film is more spooky and unnerving, rather than downright terrifying. And in the end, I don’t think the film is really meant for children. Rather, I think it will be most enjoyed by people like me, missing the spookiness of TV shows and books from the old but not-yet-dead genre of children’s horror.

Click here to see if Extraordinary Tales is playing in a theater near you. The film was released on October 23, 2015, so be on the look out for a DVD or digital download release in the coming months.

Check out the trailer for Extraordinary Tales below: