Tags: A Maturity of Proof, Bees Made honey in the Lion's Head, Daphne Lee Martin, Dreamchaser, Eskimo Bros, I'd take a Bullet for You, jazzy, La Rochefoucauld & a Bottle of Boone's Farm, Laughing Place, Love is a Rebellious Birtd, Saint Ambrose Kills His Darlings, schmidt, shania, shania schmidt, Willing Victim, Yet the Sea is Never Full 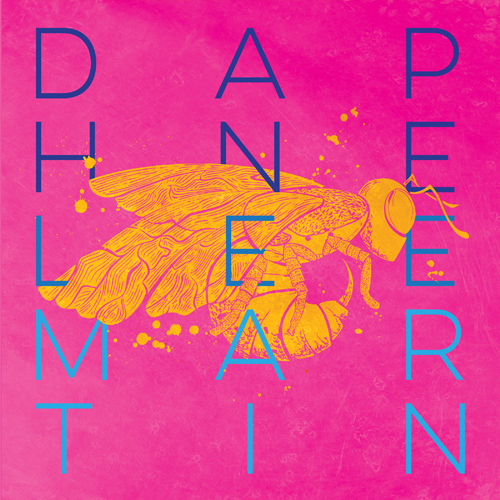 Daphne Lee Martin is a singer-songwriter from Ohio. She recorded her first album with her mother when she was seventeen years old. After, she moved to New York City and joined the “trio of sultry songbirds.” She discovered her gift for songwriting while a member of the group. Once she was done with the trio, she used music to teach people in her community about tradition and environmental science.

She moved to Connecticut soon after, where she found her unique style with the help of friends. “Fall on Your Sword,” is Martin’s fourth album. Her other albums include “Frost” and “Moxie.”

Eskimo Bro– I really like this song’s beginning. It is slow and ominous, and at one point the singer speaks the lyrics. It reminds me of intense, black and white detective shows played in the old days. This song has a very jazzy feel to it. The fact that this piece features a saxophone adds to the jazz appeal.

Bees Made Honey in the Lion’s Head– This piece is very jazzy, just like “Eskimo Bro,” but it is more upbeat. This number features a male as well as a female singer, which I think heightens the listening appeal. The song also features a rap section. I think the rap helps separate this song from the rest on the album. Toward the end of the song, there are many different parts sung at once. Though it sounds somewhat chaotic, it fits with the song. It is a good way to end.

Saint Ambrose Kills His Darlings– This number is just as jazzy as the first two. I feel that the tone of this is piece is darker than the others. I imagine this would be played in Dracula’s lair as he reads a book or ponders his eternal life. Toward the end of the song, it speeds up and sends a more upbeat and positive message. I think that I would have liked this song better if it had stayed dark and broody the whole time instead of changing its tone at the very end.

I’d take a Bullet for You– This song is upbeat and jazzy, similar to “Bees Made Honey in the Lion’s Head.” I like how the songs starts out with a piano and tambourine combo, then moves on to a trumpet and drums combo. In the middle of this song, Martin features someone performing a spoken word piece. I think it was a cool way to separate the song and relate the message of the song.

Dreamchaser– This song starts with a recording of someone giving a speech, which plays throughout the entire song. It goes back and forth with the singer. I really like the combination. It makes the piece more powerful, and the voice of the singer and the voice of the speaker mix well. I also like how the song ends with a heartbeat that fades away. It is a very unique way to end a song, and it helps add to the message.

Yet the Sea is Never Full– In my opinion, this song is not as impressive as the others. The singer’s voice is beautiful and the instruments in it are played wonderfully, but it isn’t as impressive and unique as the others on this album. I did enjoy the instrumental ensemble of this piece though. It reminded me of the song “Under the Sea” from the Disney movie, The Little Mermaid.

Love Is a Rebellious Bird– This song also contains the singer going back and forth with a recording of a man speaking. It is very similar to “Dreamchaser” in that way, but it has a more exotic feel to it.

La Rochefoucauld & a Bottle of Boone’s Farm– This song also begins with a recording of someone talking, but this time it is a woman. She speaks about the disaster of a past love. I think that it is a good way to start the song because it captures the listener’s attention. The message of this piece is relatable since everyone has had a bad experience with love.

Laughing Place– This piece starts with a drum solo. It is a quiet drum solo, but it appears strategically played in order to sound unstructured. I like the way that every song on this album starts differently. The drum solo helps set this piece apart from the rest on this album. The variety makes this album more fun to listen to.

Willing Victim– This song reminds me of something sung in a speakeasy in the 1920s. It has a very jazzy, old-timey feel. The voice of the singer isn’t as loud in this piece. It sounds as if she isn’t singing right into the microphone, which creates the illusion that the singer is performing on a stage far away.

A Maturity of Proof– This song exudes a creepy vibe. At a certain points in the song, they incorporate thunderstorm and creaky door sound effects. Out of all of the songs on this album, this is my least favorite, but I am easily scared. If you enjoy songs that have a creepy feel, I would recommend this song. It would also be a great song to listen to around Halloween.

Overview– I really liked how this album kept going back and forth between dark, slow songs and bright, upbeat songs. I think it keeps the listener on its toes. I also liked how all the titles of the songs are longer and atypical. I think it will let the listener predict what the piece will be about. Then once they have listened to it, the listener will get to connect it back to the title. I really liked the instruments that they used on this album. It helped with the jazzy tone and made this album more unique. I think the singer’s voice helps with the jazzy tone as well. Overall, I really enjoyed this album. I thought that it was well performed and well diverse.

If you want check out what Martin has to say on Twitter, you can do so here.

If you want to buy any of Martin’s albums, including “Fall on Your Sword”, you can do so at this link.