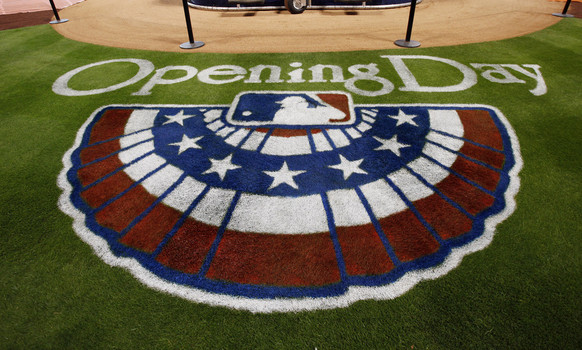 It’s that time of the year when the calendar finally turns from winter to spring.

It also means that Opening Day is around the corner.

For every club, the dream of a championship resonates throughout the organization.

While it may be more realistic for some teams to contend for baseball supremacy in 2015 than others, it is also time to take a look at some teams who are on the brink of contending this season and beyond.

If the baseball world did not know about Corey Kluber, they do now. The reigning American League Cy Young winner had a sparkling 2.44 ERA in 34 starts striking out 269 batters a year ago. Along with Kluber, the Indians also have young pitchers Carlos Carrasco and Trevor Bauer ready to take the next step for manager Terry Francona.

Offensively, Cleveland ranked roughly in the middle of the pack in the MLB in the most important offensive categories. Catcher Yan Gomes and outfielder Michael Brantley had career years in 2014, and they will look to build on their previous successes. Key offensive cogs Carlos Santana and Jason Kipnis had disappointing years after stellar 2013 campaigns, and they will be looking to lead the charge for the Indians in the now highly competitive American League Central.

The Mariners were in the playoff race until the final day of the regular season. Despite adding Robinson Cano from the New York Yankees, the Seattle offense was still among the worst in the league.

This winter, the Mariners added outfielder Nelson Cruz, who led the Majors with 40 home runs a season ago, to the fold and give the lineup a little more pop in the heart of the order. Playing half of their game in one of the most spacious ballparks in all of baseball, Safeco Field, will be a hamper on their offensive numbers.

The pitching staff for the Mariners is among the best in the league, anchored by perennial ace Felix Hernandez. Hernandez forms a capable duo with Hisahi Iwakuma ready to lead Seattle to the postseason for the first time since 2001.

The youth of the rotation is ready to take center stage for manager Lloyd McClendon. Southpaw James Paxton had success in his brief stint in the majors before suffering a shoulder injury and missing four months. Young righty Taijuan Walker is also looking to take the next step and become an annual fixture in the Mariner rotation.

Yes, they have two of the brightest young stars in the league in Giancarlo Stanton and Jose Fernandez. Both, however, are coming off major injuries.

Stanton is getting back into full form after taking a fastball to the face in a game against the Milwaukee Brewers late last year.

Fernandez is coming off of Tommy John surgery and will not be ready until about the All-Star Break in July.

Both will be instrumental in getting the Marlins to the playoffs this season, but a new cast of characters will also be apart of the journey.

Miami was one of the most active teams in the offseason getting the likes of Mat Latos, Dee Gordon, Michael Morse, and Martin Prado through free agency and trades. Miami should be considered one of the dark horses for a playoff spot in the mediocre National League East.

The Padres were arguably the most aggressive team in the offseason. A team that has had four straight losing seasons and ranked dead last in virtually every offensive category needed a change.

They addressed their glaring need for offensive firepower by acquiring Wil Myers, Matt Kemp, Justin Upton, Derek Norris, and Will Middlebrooks to try and ignite the dormant Padre offense.

San Diego were no slouches in acquiring pitching arms either. The Padres acquired James Shields and Brandon Morrow to go along with Josh Johnson, Tyson Ross, and Andrew Cashner to presumably form the 2015 rotation for manager Bud Black.

These teams are looking to break through the proverbial wall to the playoffs in 2015, and should be monitored as potential candidates to make some noise in the postseason.