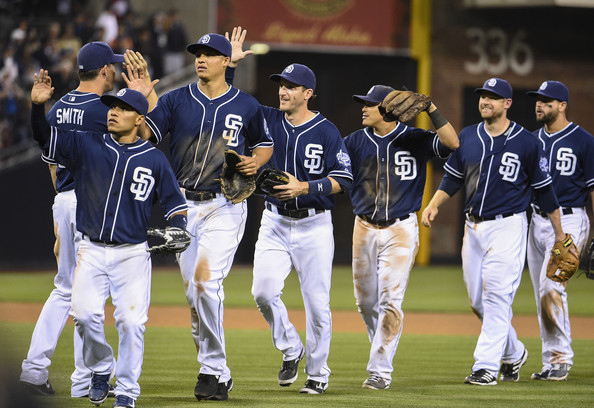 A.J Preller became a well known name this past offseason. As the Padres new general manager, Preller was aggressive in addressing the team’s lack of offense. The Padres signed just about everyone they could this offseason. Lets take a look at some of the changes.

I’ll start by saying that I applaud A.J. Preller for the aggressive moves. As a fan and an analyst, I think it’s interesting to see aggressive/bold moves. People are finally realizing that teams don’t have to go through a five year rebuilding process.

I’m not saying that you can create an entire team overnight but you can certainly make impactful moves. The Padres added a new outfield, catcher, third-baseman and an ace all in one offseason. It’s nearly impossible to say that they will be worse in 2015. Even though I think they improved, I still think they lack a true offense and I am far from jumping on the San Diego bandwagon.

I was waiting all offseason for the Padres to make a move for a center fielder… I’m still waiting. It looks like they will throw either Wil Myers or Matt Kemp out in center. I think everyone can agree that this will be one of the worst defensive outfields that baseball has seen in a long time. All three of the new outfielders struggle defensively. They do bring a power element to the offense. Justin Upton finished the last two seasons with over 25 home runs a season. Kemp finished with 25 long balls in 2014. Wil Myers struggled last season hitting only 6 long balls and finishing with a .320 slugging percentage. Myers will be looking to repeat his rookie season when he finished with a .293 batting average and a .478 slugging percentage.

Another major concern for the outfielders are strikeouts. All three players strike out at a high rate. Upton struck out 171 times, Kemp 145, and Myers 90 times in 2014. Myers strikeout rate is higher that one would think. He struck out 90 times in just 325 at bats. For those of you who aren’t familiar with my view of strikeouts, lets just say I have a strong opinion. I want players to have productive outs. Swinging and missing helps the team in no way, shape, or form. Good things happen when the ball is put into play. Runners can be advanced, errors occur, and you put the pressure on the defense. I’ll leave the rest of the topic for another day.

The infield is full of question marks. Will Middlebrooks hasn’t hit above .230 the past two seasons and stuck out every 3.07 at bats last season. Alexi Amarista has yet to hit above .240 in his career. Jedd Gyorko is a below average defender who can’t hit for average. The most important player is Yonder Alonso. The 1st baseman is one of the only left-handed bats in the lineup and has yet to show consistency. Alonso hit just .240 in 2014.

The pitching rotation is solid but I’m not all in on the James Shields signing. Shields is entering his age 33 season and is in for a rude awakening. Shields has had the second best defensive outfield behind him the past few seasons. The Royals defense is any pitcher’s dream. Shields will now have to play with what we already confirmed will be the worst defensive outfield in the game. Petco Park has a massive outfield and is a tough place for defenders to play in. Obviously the signing of Shields helps the Padres, but I don’t think the timing was right. I still think this team is a few years away from being serious contenders. By the time that they are ready to compete for a world championship, Shields could be an entirely different pitcher. If they want to get the most bang for their buck out of Shields, they will need to compete this year. Here is a look at a few key players entering 2015.

This is a different type of breakout selection. Obviously Kemp is already a big name. I think the new atmosphere in San Diego will suit Kemp well. Kemp bounced back nicely in 2014 but still wasn’t the Matt Kemp of 2011. We might not ever see that Kemp again but I think he is due for a big season. If healthy I expect:

Alonso has the capability of being a major contributor on this team. In 2013 we saw him finish with a .281 batting average. Alonso has only played in 100+ games once in his career. If he can play in 130 games and hit for average, Alonso will push this team a long way. They will be relying on him for his left-handed bat and he has the opportunity to produce. He hit for a .298 batting average against right-handed pitching in 2013. Alonso has to be consistent for this team to make a serious run for the NL West.

The Padres are a talented team with high potential. It will be difficult for them to come across wins in a talented division. They have a rotation that will carry them a long way but they will struggle defensively and I’m still not certain they will be able to produce a sufficient amount of runs. They come into 2015 improved but still have a tough road ahead.

Make sure to check back in on March 31st for my complete standing predictions along with a few other fun pieces of news. Until then, you will be able to find a new preview of an individual team from March 1st through the 30th here at KRUI.FM