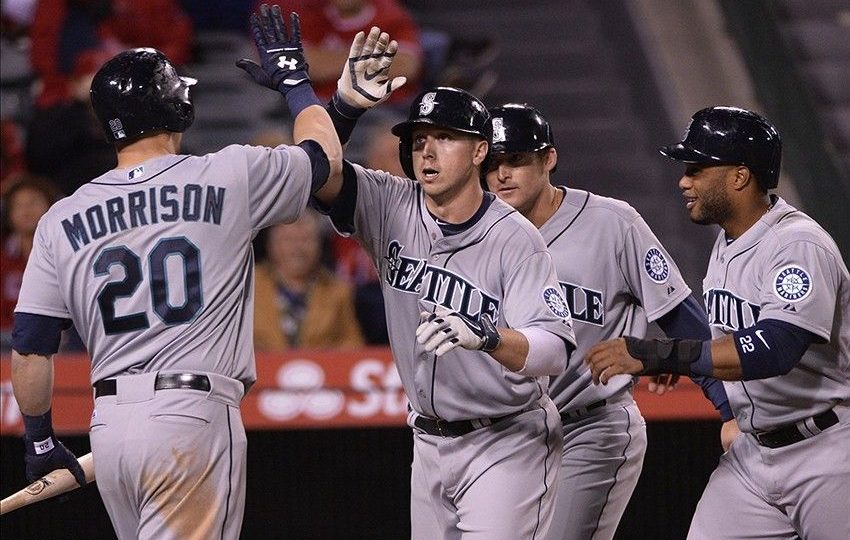 If you read Edition #19, you know that this will be a preview of the best team in baseball. Yep, I said it. The Seattle Mariners are the most complete team in the Major Leagues. They have every piece of the puzzle and will put them together in 2015. The Mariners made a couple moves this offseason to put themselves ahead. Lets take a look at the changes.

Felix Hernandez, also known as King Felix, will lead the pitching the staff and will continue do dominate hitters. He held a 2.17 ERA through 236 innings last season. Hernandez has thrown 200+ innings in each of his last seven seasons. He holds an 8.5 career SO9 rate and hasn’t given up more than 20 home runs since 2007. You just can’t go wrong with this guy. Hisashi Iwakuma will be the second man in the rotation and a fine what at that. He has a career 3.07 ERA and has superb control. Iwakuma has been one of the toughest pitchers in baseball the past three seasons and will continue do be so in 2015. The bottom of the rotation is filled by James Paxton, J.A. Happ, and Taijuan Walker. Seattle fans will be excited to see Taijuan Walker get a shot in the rotation. He started 5 games in 2014 finishing with a 2.61 ERA and a 8.1 SO9 rate. Walker has the stuff to be a dominant pitcher and will be backed by a strong lineup.

The lineup will be lead by Robinson Cano. He is the best second baseman in all of baseball. He hit .314 last season and drove in 82 runs. He’s hit over .310 for the past three seasons and will most likely make 2015 the fourth consecutive. The addition of Nelson Cruz put the Mariners over the edge. Cruz will DH for the ball club and will look to bring his power to the lineup. He hit a league leading 40 homers in 2014 and drove in 108 runs. Cruz will have plenty of opportunities to drive in runs and will capitalize on them.

I love the extension of third baseman Kyle Seager. The Mariners locked him up with a 7-year $100 million deal. Seager has improved each season in the Majors and finished last season with a .268 batting average. He blasted 25 home runs and drove in 96 runs in 2014. He is part of the core of this team and will only get better with time. The offense will have no problem producing runs if Seager, Cano, and Cruz continue doing what they’ve done for the past few seasons.

I feel it’s always important to point out the small beauties in the game. One of those can be found with Mariners during the ninth inning. Fernando Rodney led all of baseball with 48 saves in 2014. He’s one of the many MLB personalities. His ball cap is always tilted sideways and he pitches with exuberant emotion. We got to see his celebration 48 times last season and I’m hoping to see it 50+ times this season. He pulls an imaginary arrow from his back and shoots it into the sky. He then watches the arrow fly and points at it with a smile. Only then is the game over.

Zunino struggled to hit for average in 2014 when he finished with a .199 batting average. Despite the poor average Zunino managed to hit 22 long balls and drove in 60 runs. He has the skill set to be one of the top catchers in the game and 2015 will be his time to shine. The added depth to the lineup will make his job that much easier. If healthy I expect:

Logan Morrison has the ability to add another left-handed bat that can contribute to the lineup. Morrison hit 23 home runs back in 2011 and will be looking to do the same in 2015. If Morrison can become the best player that he is capable of, there will be nobody to stop this team. The Mariners will be good regardless of Morrison’s performance.

The Mariners will be the team to beat in 2015. They are a complete team and are ready to go through anybody who stands in their way.