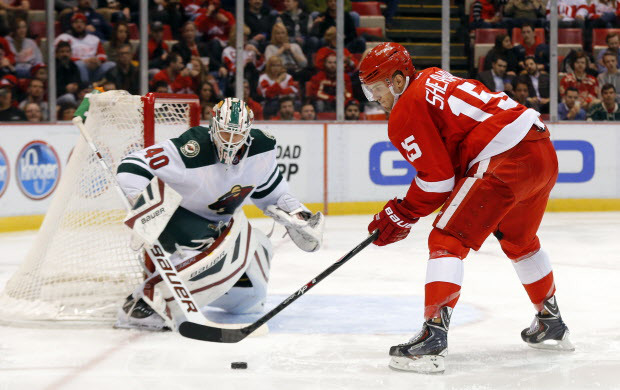 The 82 game NHL hockey season is a grind. Teams go through stretches where things are not clicking. Certain teams have the personnel to get through adversity, while some are not as lucky.

As the trade deadline looms, general managers of teams that are still in contention of making the playoffs are racing to add a piece or two to get a leg up over other teams.

For the Minnesota Wild and general manager Chuck Fletcher, their move came inside the crease in acquiring goaltender Devan Dubnyk on January 14th. The Wild dealt a third round pick in the 2015 draft to the Arizona Coyotes in exchange for Dubnyk.

In the month prior to trading for Dubnyk, Minnesota only won two out of a possible fifteen games with horrid goaltending from Darcy Kuemper and Niklas Backstrom and injuries to key players. The Wild were in 12th place in the Western Conference and 8 points out of a playoff spot at the time of the Dubnyk trade.

Since then, the Wild have gone 7-1-1 and have shot back up to ninth in the standings behind eighth place teams Vancouver and Calgary and Devan Dubnyk has been the catalyst for it all. He has started each of the last nine games for Minnesota, and he has amassed four shutouts in those nine games to go along with a 1.31 GAA and a .948 save percentage.

Minnesota is his fifth organization to play for after being drafted by the Edmonton Oilers in the first round of the 2009 NHL Draft. Last season, he played for three teams in different stints. He started out in Edmonton before being traded to the Nashville Predators in late January. In early March, Dubnyk was then traded to the Montreal Canadiens. Last summer, he joined the Arizona Coyotes to compete with incumbent goaltender Mike Smith for the starting job.

Dubnyk has essentially gone from riding the bench most nights on a Coyotes team that is going nowhere this season to being one of the integral pieces for a team that is looking to get to the playoffs for a third straight season. If Dubnyk can keep playing as excellent as he is right now in the crease, there is no question the Wild can continue their rise up the standings. However, this is no easy task.

The next couple of weeks will be critical for the Wild. Five out of the next eight games are against teams they are either tied with or behind in the standings. Upcoming games against Vancouver twice, Winnipeg, Calgary, and Dallas will be vital in continuing the climb up the Western Conference standings for the Wild and the State of Hockey.