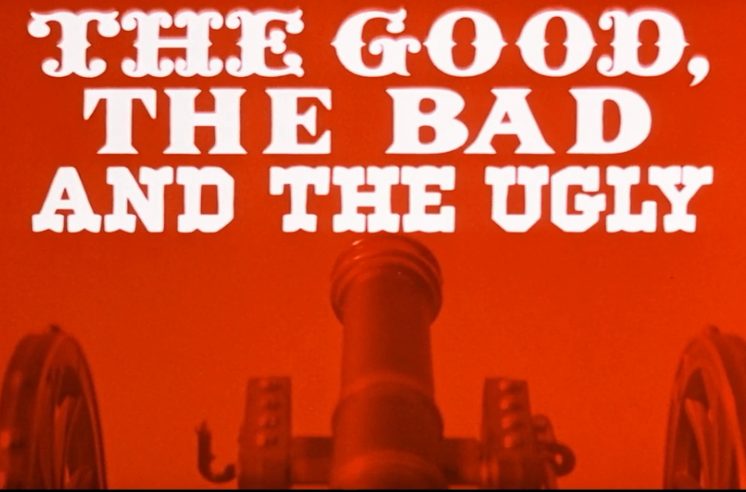 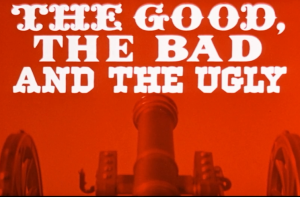 The Good, the Bad, and the Ugly. A truly classic film. A masterpiece of style and atmosphere, it is perhaps director Sergio Leone‘s greatest work, and is the movie that propelled Clint Eastwood into cinema stardom. From its dramatic wide shots of the desolate American Southwest, to its use of extreme close ups, and with Ennio Morricone’s iconic soundtrack tying it all together, this film helped to lift the tired and unremarkable genre of “Spaghetti Westerns” into the realm of cinematic art.

In order to best understand this movie, its important to note in what context  it was first received. By 1966, the year of the film’s release, the genre of the Western had become worn out. Particularly, the “Spaghetti Western” (Westerns directed and produced by Italians) had been mostly ignored by film critics. Sergio Leone’s graphic and over-the-top depictions of violence, along with his morally ambiguous characters, stood in stark contrast to the standard (and sometimes cheesy) John Wayne Western. 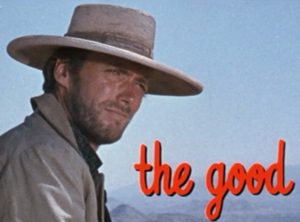 The film starts out with a slow and dramatic rise of tension, as three dusty cowpokes descend on a lonely and dilapidated building. The lack of dialogue allows the use of the soundtrack and the sound effects to tell the story and set the emotional stage. It isn’t until the second scene, nearly 11 minutes into the film, that we hear the first of the dialogue. One man’s peaceful family existence is brutally shot down in cold blood (Leone would use very similar opening sequences in his next film Once Upon a Time in the West) and the main plot begins to take off.

The story revolves around three characters: Blondie (The Good) the morally questionable anti-hero played by Clint Eastwood, Angel Eyes (The Bad) a ruthless bounty hunter, and Tuco (The Ugly) a wise-talking loud-mouth bandito. All three become tangled up in a race to find a buried treasure worth $200,000 in gold.

The film takes place in the waning years of the American Civil War, and the main characters spend time with both Union and Confederate soldiers. Interestingly, the film never passes moral judgement on either side of the conflict, but is more interested in looking at the consequences of the war on its fighters and on the nation itself. 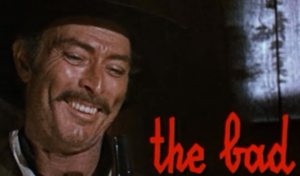 An important point needs to be made regarding the sound and stylistic elements of the film. Especially for those of us raised on mainstream Hollywood movies, or those of us familiar with the gritty and realistic modern Western, it can sometimes be difficult to interpret the film. In true Italian style of the time, all of the sound and dialogue is recorded separately from the filming. While American movies may take a perfectionist stance on synching sound and video, this film focuses more on atmosphere and style. Dialogue is not perfectly synched with the actor’s mouths, the sound effects are sometimes obviously recorded in post-production, a style maybe too little difficult to swallow at first.

This translates into other elements of the film as well. While many modern Western-themed cinema may focus on a more realistic portrayal of the Old West, The Good, the Bad and the Ugly is much more concerned with the drama and romance of the genre. Sometimes, the incredible actions of the characters may not be entirely believable, but its more important to enjoy the spectacle of it all than to be convinced that everything you see on screen is hyper-realistic. 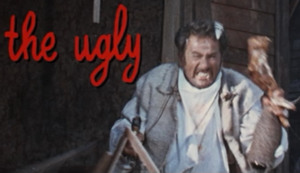 Filled to the brim with sharpshooting, standoffs, shootouts, and getaways, The Good, the Bad and the Ugly is an action-packed adventure. However, it is a nearly three hour long adventure, and during the film’s most dramatic moments Leone is not afraid to slow the pace way down, taking his time to rack up the tension.

This film should be best enjoyed like the five-star meal that it is; savoring each and every wide shot and extreme close up. Expecting the cheap non-stop thrills of a modern action flick will only hinder your ability to truly appreciate this masterpiece.

The Good, the Bad and the Ugly is available for streaming on Netflix Instant.