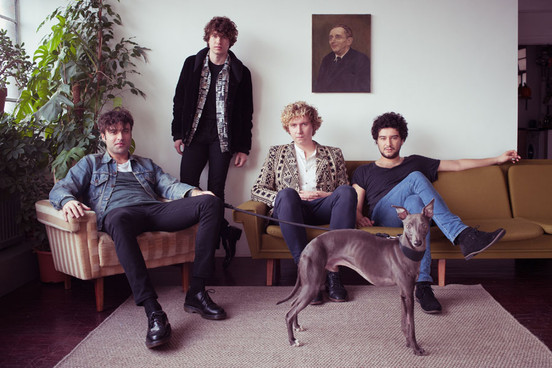 The Kooks are back and they sound like a modern day Beatles with an Arctic Monkeys twist.  The September release of their new album Listen marked a significant change for the musicians, let’s call it the rebirth of rhythms.

More than a guitar band album, Listen is a work of art, experimenting with the swing and beat of sound. Officially identifying as Indie-Pop, the album features more rock and soul influences than in previous releases. The music is spirited with a choir, clapping, sick drum beats, and funky background instrumentals.

“Bad Habit” starts out with a pulse of chorus, drums, and lively vocals.  It’s hard not to love the pure energy dripping from this song’s sound waves.

“We Are Electric” is simply a feel-good song.  It’s catchy, it’s fun, it’s an anthem of good times.

“Around Town” was the first single of the album.  The choir plays a major role, giving the song a soulful interior.

“Down” is funky and fresh.  The quirky, upbeat percussion and vocals makes it difficult to stay still while listening to it.

Given that this is the best album I’ve heard all year, I would 100% recommend Listen.  Not only do I love to see musicians having fun with their sound, but the album is vivacious and blissful.  Like medicine for the soul.

And check out the full album here: (You won’t regret it)