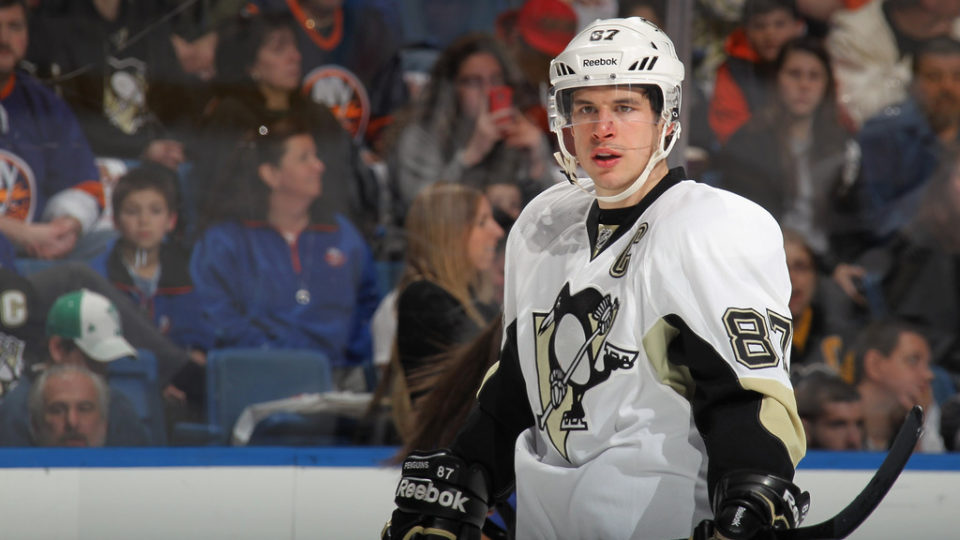 Alas, the party is over in Pittsburgh.

The brick wall that plays goaltender for the New York Rangers halted the drive to Sidney Crosby’s second Stanley Cup Tuesday, in yet another curious playoff exit for Head Coach Dan Bylsma and company. Indeed, Henrik Lundqvist was superb for his Rangers, who magnificently clawed their way out of a 3-1 series deficit to win the decisive game 7 on the road.

But, where was Crosby in all of this?

So promising was this season’s Penguins reincarnation, fresh off getting bulldozed by the Boston Bruins last June. After all, they did return most of their squad—save from last season’s rentals—that blistered through the regular season a season ago.

As the ebbs and flows of the schedule concluded and the Penguins held the East’s second seed as the calendar flipped to April, all eyes were on Marc Andre-Fleury, and whether or not he could quiet the pesky, playoff voices in his head. The beleaguered goaltender was unceremoniously pulled in favor of Thomas Vokoun last spring, showing that the former number one pick could not elevate his game to the lofty standards of a team that many picked to win last season’s cup.

Now, it’s been well documented over the last handful of seasons, since Crosby sewed the “C” onto his sweater lapel, that unlike the customary tradition in hockey, where the team’s captain is the last one out of the dressing room, Sidney Crosby is second to last, having made the pact with Evgeni Malkin. Bylsma tinkered with his dynamic duo for much of the series with the Rangers, opting to separate—then reunite—the pair due to Crosby’s alarming postseason struggle.

Make no mistake, “Sid the Kid” is widely regarded as the best hockey player in the world. The 26-year-old center has already won a Stanley Cup as team captain, as well two gold-medals as the captain of Team Canada. Many international eyes would attest, aside from his gaping smile, Crosby is a fierce competitor with slick mittens when it comes to all things puck related.

But, the man with six 30-goal seasons and five 100-point campaigns should be facing the brunt of the blame following his latest playoff bust.

Last year, Crosby went 0-fer against the Bruins, despite GM Ray Shero’s miraculous deadline maneuvering for the like of Brenden Morrow and Jarome Iginla. “The Kid” was surrounded by a juggernaut, and rightfully so, they were picked to win the whole shebang. They failed miserably.

After failing to close out the Rangers in three attempts this time around, Crosby finished the playoffs with one goal, eight assists and a -4 rating. In the decisive game 7, Pittsburgh’s Captain mustered just two shots on Henrik Lundqvist to accompany a -1 rating.

So what happened this time? Where was the greatest player in hockey again?

Since Crosby hoisted Lord Stanley’s Cup at the conclusion of the 2009 season (also Dan Bylsma’s first half-season as Penguins head coach), Pittsburgh has been eliminated in the first and second rounds twice to accompany the Boston meltdown last June. Comparatively, after amassing 31 points and a +9 rating when winning it all, Crosby has just two double-digit point post-seasons, and has had a positive +/- rating one time since.

This is not a goaltending problem, folks: this is a Sidney Crosby problem.

Now, much of the Penguins inability to reach their potential come April and May will fall on the shoulders of Bylsma. You could probably fry an egg on his office chair right about now.

But shouldn’t we also question the leadership of “The Kid” who was given the captaincy as soon as we realized he wasn’t a bust?

The teams Crosby has had ultimate success with have been littered with veterans.

When he won the Cup in 2009, battle tested players like Bill Guerin, Ruslan Fedotenko, Sergei Gonchar, Hal Gill and Pety Sykora were on that team. That dressing room was filled with players who could manage just fine on their own. They didn’t need the hands-on guidance from their youthful team captain.

Canada’s Olympic Roster is loaded every time international competition crops up, and this February was no different. Crosby scored the winning overtime goal to beat the Americans four years ago in 2010, a play that nobody can hold against him. But, if we are talking about the leadership? The sample size does not favor him.

This was the first regular season that Crosby was healthy since that Olympic year in 2010. Playing eighty games, Sid was his usual 30 goals, 100 points self. He is the favorite to win yet another Hart Trophy as the league’s MVP.

But the numbers do not lie once the calendar shifts to the second season. The one playoff goal and another negative +/- number will haunt him until next April rolls around.

Until then, Marc Andre-Fleury may not be the only Penguin who will need to quiet some inner demons.