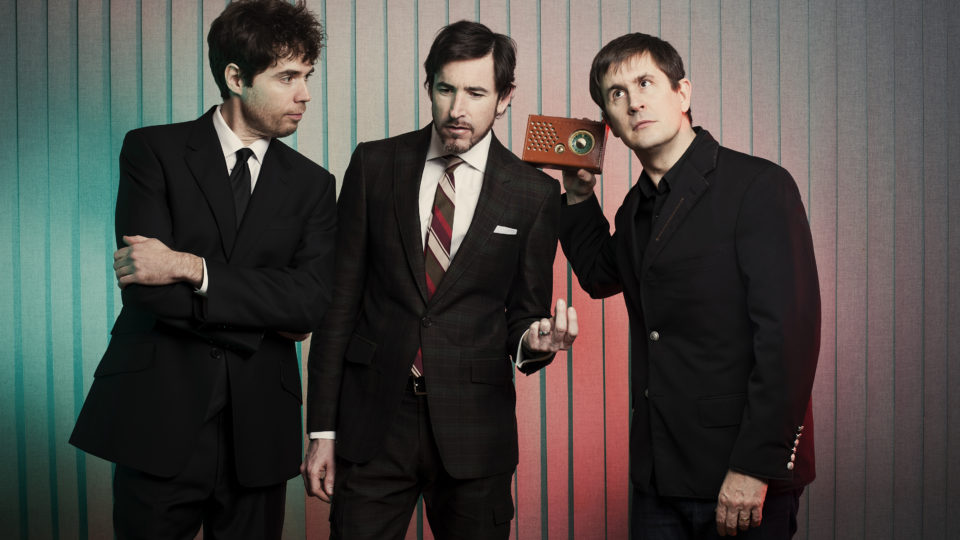 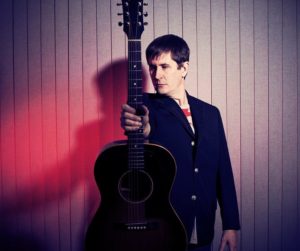 John Darnielle of the The Mountain Goats stopped by Iowa City on Monday for the final performance in a string of solo shows.  John performed to a full sanctuary at the First United Methodist Church.

While a church may not be the first place one would expect to see a concert, it worked well.  John stood beneath the large stained glass window which reflected the spotlights and lit up the stage.

The Lonelyhearts, a duo from Colorado and Iowa opened for the Mountain Goats.  The set was fairly mellow and eased itself into the night.  The duo features John Lindenbaum on the guitar and Andre Perry on the keyboard, while both contributing the the vocals.  The duo’s harmonies swirled throughout the sanctuary, adding to the peaceful atmosphere.  The Lonelyhearts performed for about a half hour before handing over the stage to the main act.

“Welcome back home to Iowa, John” an audience member shouted out while John began tuning his acoustic guitar.  John had lived in Iowa for several years of his life, including Ames and Colo, which he briefly discussed throughout the night.  One of the best parts of a Mountain Goats show is the way John connects with the audience.  John paused in between songs to tell stories about inspirations for songs, recording an album in a shed in rural Iowa, and really anything that came into his mind.

John played plenty of fan favorites, such as “Color in Your Cheeks” and “Dance Music”.  But he also played some more obscure songs as well, including “Song for Black Sabbath’s Second North American Tour”, an unreleased song that highlights John’s love for all things metal.  “I’m not feeling traditional” John said as he began his encore, which pretty much seemed to embody the theme of the night.

About halfway through the performance, John played a few songs on the piano.  One of which, “Thank You Mario but Our Princess is in Another Castle” was certainly a crowd pleaser.  The song tells a romanticized version of the popular video game series, Mario.  The song was equally funny and heartbreaking, a strange mix of emotions that became quite familiar by the end of the night.

If the atmosphere wasn’t already personal enough, John asked everyone to finally stand up and for the house lights to be raised so that he could see everyone’s face.  He then unplugged his guitar and walked out into the audience performing “No Children”.  John weaved in and out of the crowd, standing on pews and shouting the lyrics that echoed throughout the sanctuary along with rest of the audience.  “I hope you die.  I hope we both die” we all sang together.

John returned to the stage for his encore where he performed three more songs.  He ended the night with “Shadow Song”, a track that appeared on his 2000 album, The Coroner’s Gambit.  The album was recorded in Colo, Iowa, only about 100 miles from where we were standing.  “This is a song for you, in case I never make it to where you are”, John sang as the audience swayed back and forth.  It was a solemn ending to a night filled with the emotion that John’s music conveys so well.

The Mountain Goats will continue to tour as a duo, check out tour dates on their website.

For more information about Scope Productions and future concerts, visit their website.