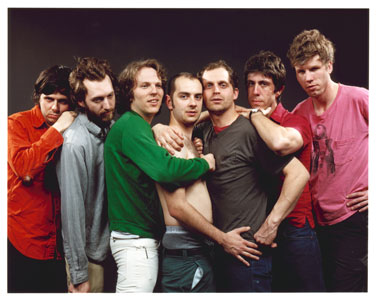 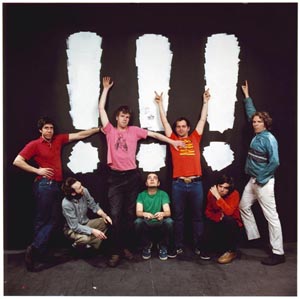 Iowa duo Trouble Lights kicked off the night’s events.  The electro-pop duo quickly brought the up the energy with their catchy synth beats.  When singer Adrien Daller’s voice wasn’t soaring throughout the venue, she was dancing and jumping around the stage.  The group played songs from their newest and so far only album, The Endless Prom.  They closed with “Stay With Me”, the debut single, and my personal favorite on the album.

Trouble Lights’ liveliness put the night to a great start, but Caroline Smith decided to tone it down a bit.  This isn’t to say Smith was boring–far from it.  Smith and her band gave a fantastic performance of soulful R&B indie pop.  Smith’s smooth vocals radiated throughout as the audience danced right along.

Smith played a few of her older songs but focused on her new album, Half About Being A Woman.  Crowd favorites such as “Magazine”, “Half About Being a Woman”, and “Buy Me Something” made an appearance.  I found myself pleasantly surprised and very happy as Smith started rapping of verse of Kendrick Lamar’s “Bitch Don’t Kill My Vibe” to her song “Bloodstyle”.

I wasn’t exactly sure what to expect as !!! took the stage as the final act of the night, but the band  grabbed me and the rest of the audience right from the beginning.  The Californian dance-punk band used electronic style beats to build and build until the final breaking point.  !!! also utilized fast and bright keyboards, saxophone solos, and a variety of percussion instruments to add to their already unique sound.

But as fun as they were to listen to, !!! was just as fun to watch.  Lead singer Nic Offer took advantage of the entire stage, jumping around, flailing his arms, and using vogue-style dance moves that kept the energy going.  Offer even took the floor, stepping off the stage weaving throughout the tight crowd.  A few members of the audience even made their way onto the stage to dance with Offer.  It was, essentially, one big party.

There’s still events left for Mission Creek Festival.  For information on their lineup and schedule, visit their website.