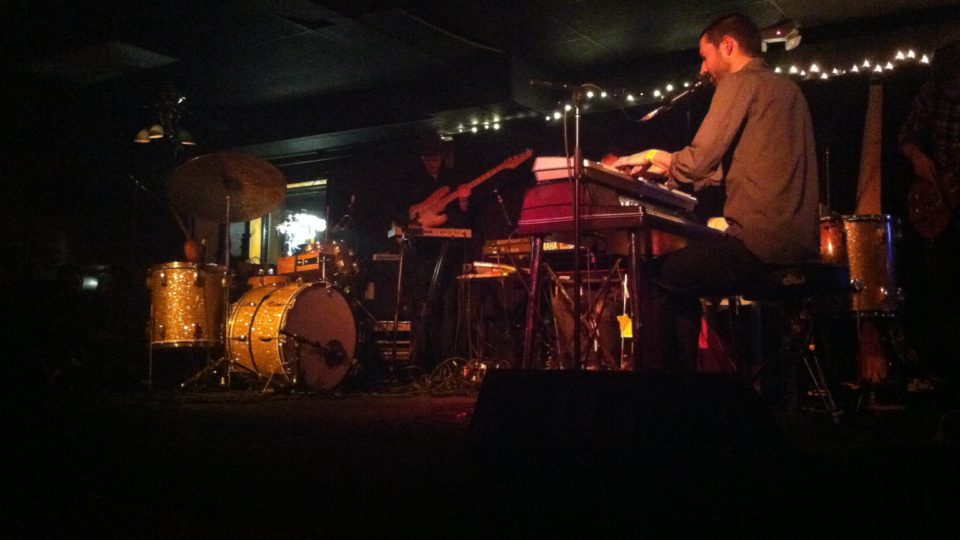 S. Carey played a phenomenal show at The Mill Thursday night.   But first, Jack Lion, a band based out of Iowa City, warmed up the stage.  The band consisted of three guys, mainly playing drums,  bass, and trumpet.  The focus was instrumental rather than vocal, and impressively donned a complex rhythmic structure and experimental electronic sounds.

A member of Golden Birds played next.  Kicking it with just a rented acoustic guitar, the Golden Birds memeber sang a number of relaxed vocals.  The first couple songs were edged with nervousness, but eventually he got into the flow.

At last, S. Carey captured the stage, and it was a performance to remember.  Eloquent and aesthetically pleasing, the band played from their new album, Range of Light. Sean Carey played the piano, percussion, and sang the entire show.  His piano playing was captivating, to say the least. Even in the bar scene of The Mill, there was a respectful ease as people swayed to the mellow strums and beats. 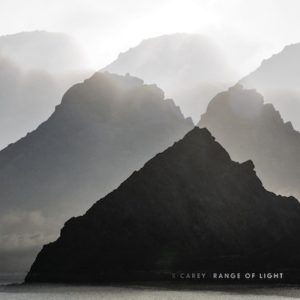 The idea to record his own music struck Carey while on tour playing drums as a member of Bon Iver.

When I asked him how he differentiates himself from Bon Iver in S. Carey, Carey replied, “Our sonic landscape is the same, but we approach songwriting differently. I’m new to songwriting.”

Nevertheless, the lyrics in the songs played from Range Of Light were well crafted and poetic–a perfect match for Carey’s delightfully smooth voice.

The instrumental ability of all members of the band were sincerely profound.  As one of the bass players, Jeremy Boettcher, put it, “We are all working our own thing to make one cloud of music together.”

According to Seas Carey, this is the band’s fourth time coming to Iowa City.  He said it’s just on the way to everything.  “Plus we do well here.  I think it reminds me of my hometown.”

The band used Mission Creek festival as the birth place to an exciting tour that will take them to the west coast and all over Europe.  Like them on

Facebook and listen to their music on soundcloud here.

If you like S. Carey, be sure to check out Caroline Smith, with whom Jeremy Boettcher of S. Carey has played with.  Caroline Smith performs as an opening act for !!! at Gabe’s Friday the 5th.