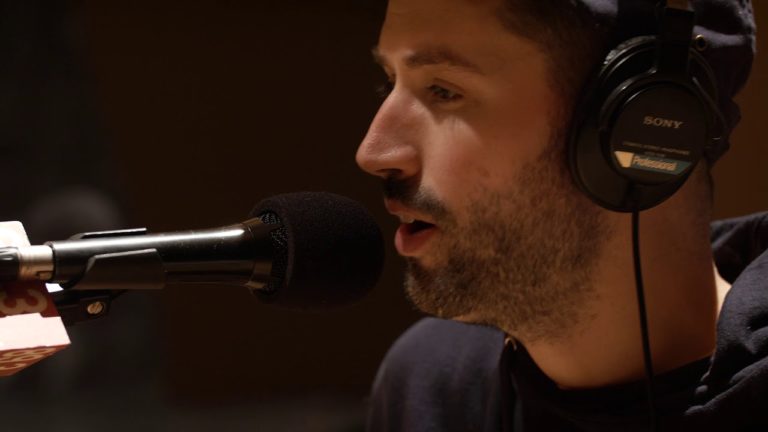 Singer-songwriter S. Carey will be performing at The Mill at 10:30 PM on Friday, April 6th as a part of Mission Creek Festival 2018. S. Carey is one of the most highly anticipated performers at this years festival and is coming right off the release of his new studio album titled Hundred Acres.

S. Carey is the stage name of Sean Carey from Eau Claire, Wisconsin. He started his solo career in 2010 after touring and recording as a member of the band Bon Iver.

He was the drummer and backup vocalist for the band. Carey and Justin Vernon realized how great their harmonies sounded together and Carey was immediately brought on as a member of the hugely successful band.

Carey’s solo career has steadily been gaining momentum; he was featured in a Taylor Swift curated playlist of her favorite songs, has worked with other popular indie artists like Sufjan Stevens, and was even commissioned to write a song for the Netflix show Flaked.

My first experience with S. Carey came a few years ago, when I was in the midst of a Bon Iver obsession. I had always assumed that the band was Justin Vernon and a rotating supporting cast of musicians, until I watched one video: a live Bon Iver session at AIR studios, featuring only Vernon and Carey.

Bon Iver, Bon Iver is one of my favorite albums ever, and seeing the songs stripped down to their cores revealed the supreme talent of Carey to me. Melodies and harmonies isolated themselves, and the back and forth chemistry between Carey and Vernon revealed to me how important of a component Carey was to the sound the band cultivated. It’s one of the most beautiful live performances I’ve seen.

Perhaps Carey’s most famous song is titled “Fire-scene- Alt. Version,” and features the soft, almost whisper-like voice of Carey backed by only the sounds of a piano. The song slowly gains momentum and the piano gets louder as Carey’s voice soars. The song is extremely beautiful, and a great introduction for those trying to get familiar with Carey’s style of music.

S. Carey’s newest album Hundred Acres is described by Paste Magazine as “well-written, breathtakingly pretty and as edgy as a cue ball.” The album is a return to simplicity for Carey, featuring folk-pop arrangements that engulf the listener in an ethereal trance of beautiful harmonies.

Carey’s music is sure to translate spectacularly to the intimate setting at The Mill, and will be a perfect backdrop to his soft folk-pop. It will undoubtedly be one of the highlights of Mission Creek Festival 2018.