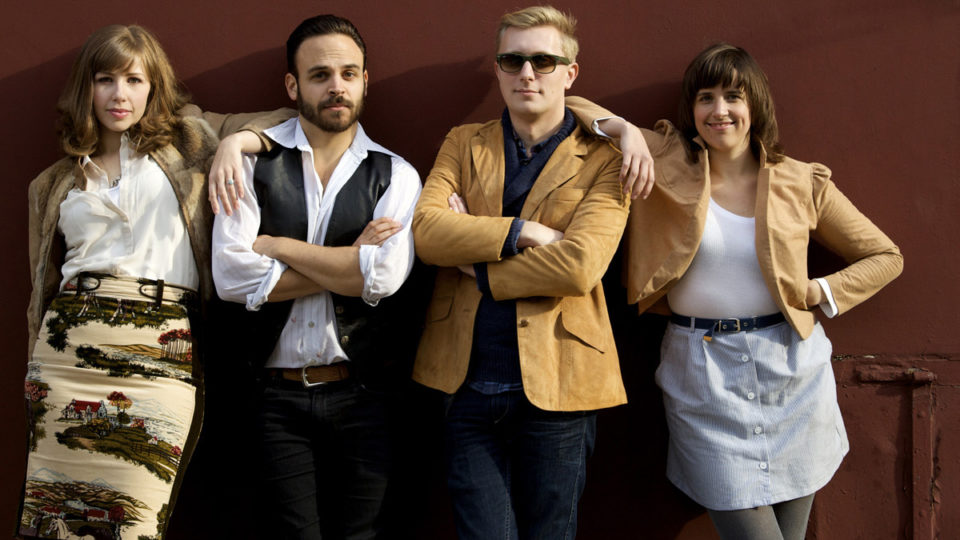 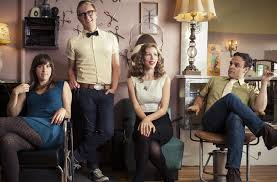 On Tuesday, March 25th, Lake Street Dive rocked the Englert theater with their unique blend of folk, classic rock, and jazz. Though the show was originally planned for the Mill, it was moved to the Englert due to the band’s increasing popularity after its appearances on the Late Show with David Letterman and the Colbert Report.

Ages and Ages, an indie-rock band from Portland, Oregon, opened for Lake Street Dive with a set that left the audience on their feet and cheering. I found their stories as enjoyable as their music, if not more, particularly of the band’s last experience in Iowa City. After performing at Blue Moose Tap House, one member fondly recalled waking up next to a dead crow in a tent in someone’s backyard the next morning.

Lake Street Dive opened with “Stop Your Crying,” a song from their new album, Bad Self Portraits, and followed it with the album’s title track, and my personal favorite, “Bad Self Portraits.” The song is the story of a lonely photographer who takes pictures of herself because she has no other subject matter.  Though a sad song, Lake Street Dive’s classic-rock-esque beat, bass accompaniment, and soul-inspired, jazzy vocals infected the audience with a sway that spread to even the security guards who stood before the stage.

This was largely due to the mesmerizing voice of lead singer, Rachael Price, who sang with skill and soul akin to Etta James, Ella Fitzgerald, or Aretha Franklin.  Rachael’s stage presence was undeniable, and the ease and style with which she sang was unmistakable.

When Rachael introduced Bridget, the crowd gave a resounding standing ovation.  Lights were switched from the stage to the audience, showing the band the profound respect Bridget has garnered in her hometown.  Both Mikes laughed in disbelief, and Rachel commented that Bridget had warned them Iowa City would be something else.

Perhaps my favorite part of the performance was Lake Street Dive’s ability to lift a somewhat significantly aged audience from their chairs to dance.  A sizable crowd danced in front of the stage and spilled into the middle aisle. Lake Street Dive’s minimal commentary, at least in the beginning, kept the crowd on their feet, steadily dancing in the aisle, and the rest of the audience in a constant, universal head-bop and sway.

Lake Street Dive ended the show with an encore and standing ovation from the appreciative audience. The band is rising fast, and could likely become too big to play at the Englert again – a reality which made the performance all the more memorable and momentous.

Check out Lake Street Dive’s Performance on the Late Show with David Letterman:

If you like it, be sure to buy the album, Bad Self Portraits, on iTunes!