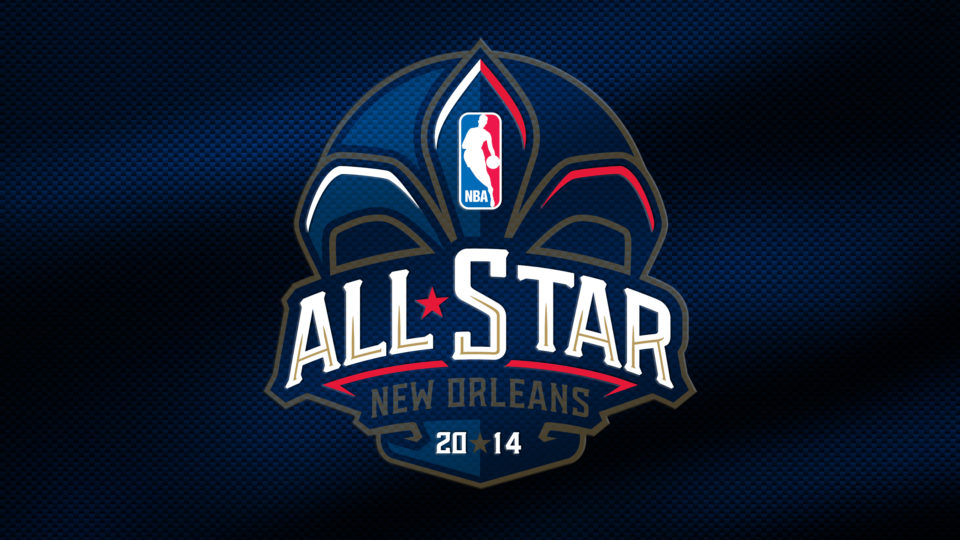 NBA All-Star Weekend 2014 is now in the books, so let’s look back at the festivities that took place in New Orleans.

The first event on the docket was the BBVA Compass Rising Stars Challenge, which consists of first and second year players partaking in their own version of the All-Star Game. Former NBA players Grant Hill and Chris Webber, who acted as the coaches, selected teams for the game in a draft format. Team Hill was highlighted by guards Damian Lillard of the Portland Trail Blazers, Bradley Beal of the Washington Wizards, as well as center Andre Drummond of the Detroit Pistons who took home MVP honors with 30 points and 25 rebounds in the game. Team Webber featured  big man Anthony Davis of the hometown New Orleans Pelicans, Philadelphia 76ers guard Michael Carter-Williams, and New York Knicks guard Tim Hardaway Jr. Team Hill ultimately beat Team Webber by a score of 142-136.

Saturday is typically when the rest of the events, except for the All-Star Game, take place. The first event on Saturday was the Sears Shooting Stars contest. Teams for this event consist of one current NBA player, a WNBA player, and a retired NBA player. In this event, teams have to make shots at four different places on the court in the fastest amount of time. Those spots are right in front of the basket, a free throw, a three pointer, and finally a half court shot. In the finals, defending champions Chris Bosh of the Miami Heat, Swin Cash of the Chicago Sky, and NBA legend Dominique Wilkins beat Kevin Durant of the Oklahoma City Thunder, Skylar Diggins of the Tulsa Shock, and NBA legend Karl Malone by making all of their shots in 31.4 seconds.

Event number two was the Taco Bell Skills Challenge. Players in this event race around an obstacle course doing all sorts of things you would do in a game: passing, shooting, and dribbling. New this year, the event was made into a tag team affair to make things more exciting. This made the margin of error for not doing things right the first time the difference between winning and losing. The final round saw Damian Lillard and Trey Burke of the Utah Jazz go up against Michael Carter-Williams and Victor Oladipo of the Orlando Magic. In the closest finish in the history of the event, Lillard and Burke took the title by a mere tenth of a second finishing in 45.2 seconds.

The third event of All-Star Saturday night was the Foot Locker Three Point Shootout. In this event, each player has one minute to shoot a total of 25 three-point baskets at 5 different places on the court. The two corners, the two wings, and the top of the key, and each had 5 basketballs for each player to shoot. There is one ball at each spot that is called the money ball, which is worth two points if it is made. However, a new twist put in this year was that there would be an entire rack of money balls that players could put anywhere on the court that they choose. Meaning, where players put the rack would make or break their chances of advancing to the final. There were 4 participants from each conference that took part in the event, but only one from each conference advanced to the final. Marco Belinelli of the San Antonio Spurs advanced from the Western Conference, beating Stephen Curry of the Golden State Warriors, Damian Lillard, and Kevin Love of the Minnesota Timberwolves. Bradley Beal advanced from the Eastern Conference outdueling Kyrie Irving of the Cleveland Cavaliers, Arron Afflalo of the Orlando Magic, and Joe Johnson of the Brooklyn Nets to advance. Belinelli eventually outdueled Beal in a tiebreaker with a score of 25 after Beal sunk all five of his money balls from the corner to tie Belinelli with a score of 19.

The most popular event of the entire night was the Sprite Slam Dunk Contest. The event had a new format this year with three players competing from each conference first doing a 90 second freestyle round to showcase their skills. The dunkers from the East were Paul George of the Indiana Pacers, John Wall of the Washington Wizards, and Terrence Ross of the Toronto Raptors. The West had Damian Lillard, Harrison Barnes of the Golden State Warriors, and Ben McLemore of the Sacramento Kings as their representatives. The East won the freestyle round, which was judged by Dominique Wilkins, Magic Johnson, and Julius Erving. One dunker from each conference faced off in battle rounds in which the dunker had three tries to complete the dunk they were trying to attempt. The first two battle rounds lacked excitement, as all the dunkers took more than one try to complete their dunk, which took some luster off of their feats. The last round between Wall and McLemore, however, had a flair for the dramatic. Wall dunked over the Wizards mascot G-Force, after grabbing the ball out of his hand, for a reverse slam, which brought the crowd to their feet. McLemore dunked over Shaquille O’Neal sitting in a chair that looked like someone of royalty would sit in. Shaq is a very tall man, and while it took two tries for McLemore to complete it the dunk, itself was still unbelievable. The East swept the battle rounds, winning the competition. John Wall was voted as the dunker of the night by the fans.

Sunday brought us the main event, the All-Star game. In usual fashion, very little defense was played with a lot of highlight reel passes and dunks. The East took the game 163-155 in the highest scoring All-Star Game of all time. The MVP was Kyrie Irving, who had 31 points and 14 assists in leading the East to the victory. Kevin Durant of the Oklahoma City Thunder led everybody in scoring with 38 points, 10 rebounds, and 6 assists in a losing effort.

Overall, it was a successful weekend in New Orleans for the Mid-Season Classic. Every event got a facelift of sorts, but some events didn’t pan out as good as others. All in all, it’s a showcase of the league’s best talent for the fans and that will never change.