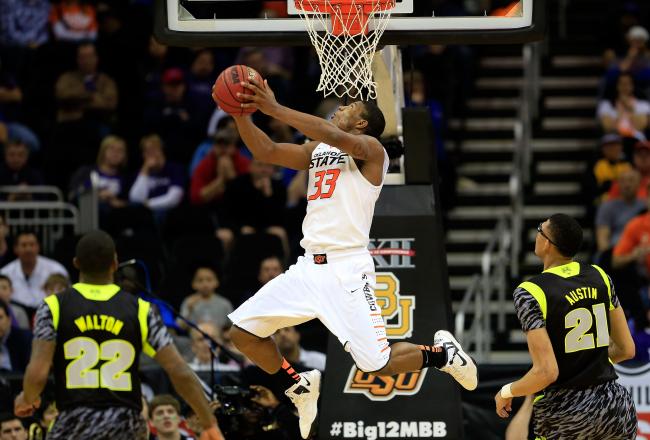 The NBA draft and player acquisitions are the two ways to build an NBA team. If a team is not one of the few attractive free agent destinations, then they are left only to build through the draft. Considering how valuable the few elite players are to a team’s success, getting high draft picks is very valuable. My personal opinion is that if a team does not have a legitimate shot to win the championship, they should purposefully lose every single game of the year to earn a better draft pick. Intentionally losing to get a better pick is known commonly as “tanking.”

According to the “experts,” this summer’s NBA draft is supposedly one of the best in years. Andrew Wiggins (Kansas), Jabari Parker (Duke), Marcus Smart (Oklahoma State), and Julius Randle (Kentucky) highlight the top end of the draft. Andrew Wiggins, specifically, has drawn the most excitement and anticipation since the Kevin Durant draft. High draft picks are so valuable to begin with, and when you combine this with high-potential, top-level talent in the in the high draft pick range; tanking is the right solution for non-championship contenders. Some teams are too good to lose without it being apparent. Teams like Dallas, Portland, and Cleveland are too bad to be able to contend for a championship. These teams are also too good to be able to tank. This puts those teams in a terrible position long-term because they also are not an attractive free agent destination either. On the other hand, some teams are so bad that they will be competing against each other for worst team in the league and best odds at winning the lottery.

The most hapless teams in the league (in no particular order) are as follows: Philadelphia, Orlando, Boston, Phoenix, Charlotte, and Utah. These teams should all be losing as many games as possible because without high draft picks, they will never make it out of the trench that makes up the worst teams in the league. Look for unforced turnovers at the end of close games, and missed buzzer-beaters. Look for these teams’ wins to remain stagnant, and their losses to pile up. Look for players after losses to sarcastically smirk on their way into the locker room as if to say, “see you next year when we have our stud draft pick.” These teams are tanking, whether it is apparent or not. If they do manage to win games, they are only hurting the long-term success of their franchise. Listen up Philly, because barely missing the playoffs is the worst position possible.