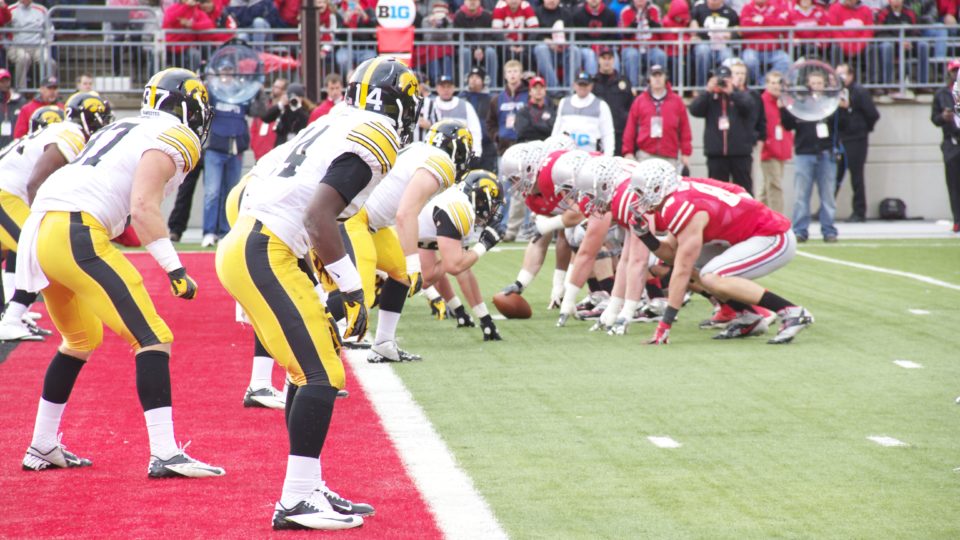 Urban Meyer and the Ohio State Buckeyes can add another win to their undefeated streak, putting them at 19 consecutive wins. This most recent win coming from the defeat of the Iowa Hawkeyes 34-24. Here in Columbus, Ohio, the two teams battled it out in what was a surprisingly good matchup. Though the Hawkeyes were not able to get the W, there was a silver lining in the game—the variety of their offense.

Despite the addition of a new offensive coordinator, Iowa’s offense has lacked variation and has been somewhat stale and predictable. Davis however, now in his second season at Iowa, has seemingly switched up the flow of things and is dabbling with the idea of change.

In the game against the Buckeyes, the Hawkeyes’ offense started off beautifully and was executed so effectively that they were able to score on their opening drive. Throughout the first half they were able to keep up that momentum will simultaneously keeping the Buckeyes at bay, not allowing them to take the lead until the second half.

Perhaps the most notable change, not only this game but during the season overall has been the increased use of the tight end position. Sophomore Jake Duzey was responsible for one of the Hakweye’s touchdowns late in the third quarter after a long pass from quarterback Jake Rudock. Overall, the presence of the tight ends has dramatically increased and we are beginning to see a nice balance between the running game—which has carried the Hawkeyes thus far—and the passing game.

The depth in the tight end position is allowing the Hawkeyes to try an array of plays and strays away from the monotony and predictability of running the ball all the time. Up until recently, I think the Hawkeyes have been known as a team that only runs the ball and maybe will try to squeeze in a pass or two to one of their wide receivers—a position with very little depth.

Although the Hawkeyes left Columbus with another loss, I think this game against the Buckeyes had a lot of positive things to take away. Being able to remain a viable contender against number 4 Ohio State speaks volumes to the level their offense was playing at. It also shows that their defense was able to contain the evasive Braxton Miller’s, at least for some time. This game allowed for the Hawkeyes to practice and understand how it feels to run through plays smoothly and that if done correctly, they will work.