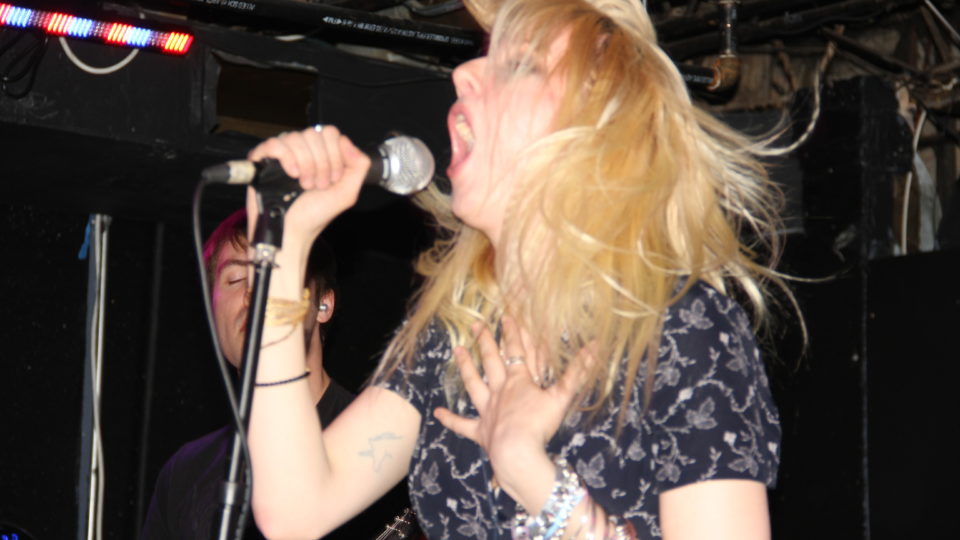 The Mission Creek concert Wednesday night at Gabe’s was the epitome of punk. Each band played very fast and very loud, and gave the fans the kind of respect that one should expect from punk bands, you know, spitting, cussing, throwing cups, etc.

The opening band was Paducah, formerly known as [gluestick], from Grinnell, Iowa. This batch of young men was everything you’d want in an opening punk band; Their singer’s shouts were basically incomprehensible and their instrumentals were overwhelmed with distortion.

The second band was Iowa City’s own Nerv. I knew I would enjoy this band’s performance before they even started, strictly on the fact that their drummer had a great beard that became long enough to mesh with his raggedy hair. Even though most of their songs seemed to be about 30 seconds, they were very entertaining, aided by their vocalist’s attempts at comedy in between songs. But I guess the crowd wasn’t rowdy enough, so he took the liberty to personally start a violent mosh pit himself.

The pit only got more fierce once the local legend Slut River took the stage. Slut River, by the way, may be one of my favorite band names of all-time. This was the fourth time I’ve seen drummer Joe Ross perform (who also plays in Supersonic Piss, which is another phenomenal band name) and he always impresses me. I was also impressed with how long vocalist Anna McDermott was able to crowd surf while still singing. Despite technical difficulties with their guitar, the band put on a great show.

After three local bands, the final band to play hailed from Canada, of all places. White Lung, from Vancouver, plays a style of punk that is aggressive, yet catchy. Vocalist Mish Way was very animated throughout their performance, but managed to balance a full cup on her head for half a song, granted their songs are about two minutes long. The band pumped out their songs without much pause, and left the stage after their last song without a pause either. I thought that came off surprisingly rude, especially considering they’re Canadian, but that’s punk for ya.

If punk is your thing, this was your concert. The performers were as rambunctious as the crowd, making for a truly entertaining concert.