Every year when breaking down prospects for the NFL draft, there are certain prospects which I do not understand why they are ranked so high. Here are three players to be cautious about before drafting.

3. Ryan Nassib
Nassib was a very efficient passer in his time at Syracuse. He racked up over 9,000 passing yards in his college career. Nassib seems to be a smart quarterback who gets through his progressions effectively. He posses intangibles that will translate to the next level. However, Nassib has a few mechanical issues. His footwork is highly inconsistent, especially when he is under pressure. This inconsistency has direct translation into his next issue, accuracy. Nassib tends to lack accuracy especially when he is pressured. These issues are usually something that cannot be taught. A player either has it or he does not. Nassib does not. He is projected to be a solid second round pick. Guys like Zach Dysert out of Miami (Ohio) and Matt Scott out of Arizona would be better quarterback options for NFL teams in the second round.
2. Shariff Floyd
While Floyd is a definite 1st round talent, many experts project him coming off the board in the first 5 picks. I just do not understand this proposition. Floyd is a talented player. He looks to be a good fit in both the 3-4 (defensive end) as well as the 4-3 (defensive tackle) defense. He is quick off the snap and uses his hands very well. However, Floyd’s biggest issue is his leverage. Floyd consistently plays with a high pad level that leaves him susceptible to short and powerful guards. He did not consistently dominate in college and I just do not see him as a top 5 talent.
1. Barkevious Mingo
I do not know where to start with this guy. I guess I will start by saying he is an elite athlete. At 6’5″ 240 pounds Mingo was the anchor of a state championship winning, 4X100 meter relay team at West Monroe High School. Mingo is tall and lean and possesses good flexibility turning the corner. That is where the positives end. Mingo is a one-trick-pony as a pass rusher. If he does not beat the offensive lineman with his speed rush then he is out of luck. This is exemplified with his mere 4.5 sacks in 2012. Mingo is a liability of all liabilities in the run game. He is not strong enough to put his hand down as a defensive end in the 4-3 so he will have to move to 3-4 outside linebacker. The problem with that is the fact that at LSU he was never asked to drop into coverage as he will as an outside linebacker. Mingo is the biggest boom or bust prospect on this list and if it were up to me, I would not drat him in the first round. 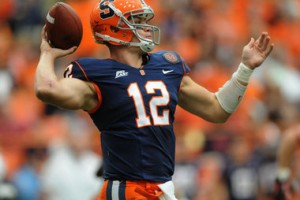 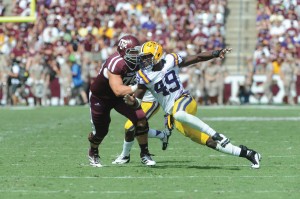 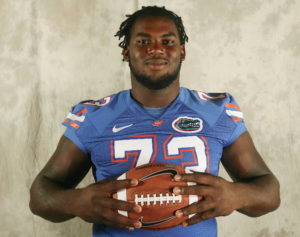