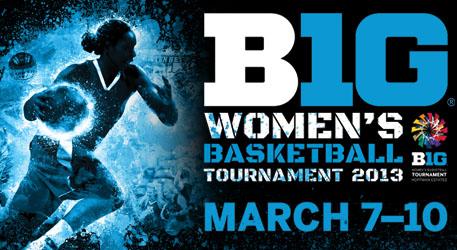 The Big Ten Women’s Basketball Tournament opened up today with the Iowa Hawkeyes taking on the Northwestern Wildcats. The Hawkeyes dominated the Wildcats yet again, ending the game with a score of 60-55.

Northwestern recieved the number 1o seed in the tournament after closing their season at 5-11 in conference play and 13-16 overall. Iowa closed their season at 8-8 in Big Ten play and 19-11 overall. The last time the two teams faced on another was less than a week ago on March 3 in Evanston, where the Hawkeyes soared to a 62-45 victory.

Iowa has an all-time Big Ten Tournament record of 16-16, far better than the 4-18 mark of Northwestern. Last year, Northwestern lost in the first round to No. 6 seed Nebraska, the same team that knocked out the Hawkeyes.

In Thursday’s game, Iowa senior Morgan Johnson posted the first points of the game with two free throw shots. At no point in the game did Northwestern ever gain a lead over Iowa. NU struggled offensively for quite some time and were not able to get many shots off. Iowa’s defense was definitely on point this game and according to junior guard Theairra Taylor is something the team has been working on. Offensively, Iowa struggled in the first half with running plays. They were able to get shots off, but judging by head coach Lisa Bluder’s frustration, they were not properly executing their plays. At this point, offensive execution is extremely necessary if they want to continue to move ahead in the tournament.

Sophomore guard Samantha Logic was definitely a standout player in today’s game. Throughout the entire season and especially, now she has proven to be what Bluder calls, “a versatile point guard…she’s been like that forever.” Logic had 11 total rebounds, seven of which were defensive. For a player her size that is just incredible. She plays beyond her size and is extremely athletic. Logic also had 6 assists this game which is another strength of hers as guard. Bluder says logic is “Physically strong and smart, which makes my job easier.”

Overall, Iowa out-rebounded, out-scored, and out played Northwestern in just about every area. Iowa defense caused numerous NU turnovers as well as blocked shots. Late in the game, Northwestern began what I call, “last resort playing.” They put on the full court pressure in hopes that Iowa offense would crumble but clearly it was to no avail. They started fouling, voluntarily and involuntarily, putting Iowa at the line numerous times which did not work in their favor. The free-throw queen herself, Jaime Printy, calls Iowa a great free-throw team.

Now that the Hawkeyes have overcome their first opponent in tournament play they can begin working on improving themselves for the next game against the No. 2 seed Nebraska. Iowa faced the Cornhuskers twice in the regular season and each time they were defeated. This could be very discouraging for some teams but according to Bluder, the Hawkeyes have a sense of revenge going into tomorrow’s match up. Johnson says, “Now that we’ve got this one [Northwestern] out of the way, we’re looking forward to playing Nebraska. We haven’t beat them yet.” There is much anticipation in the air, but the women of Hawkeye basketball seem ready to step up the challenge of defeating Nebraska on March 8 at 11:30 a.m.