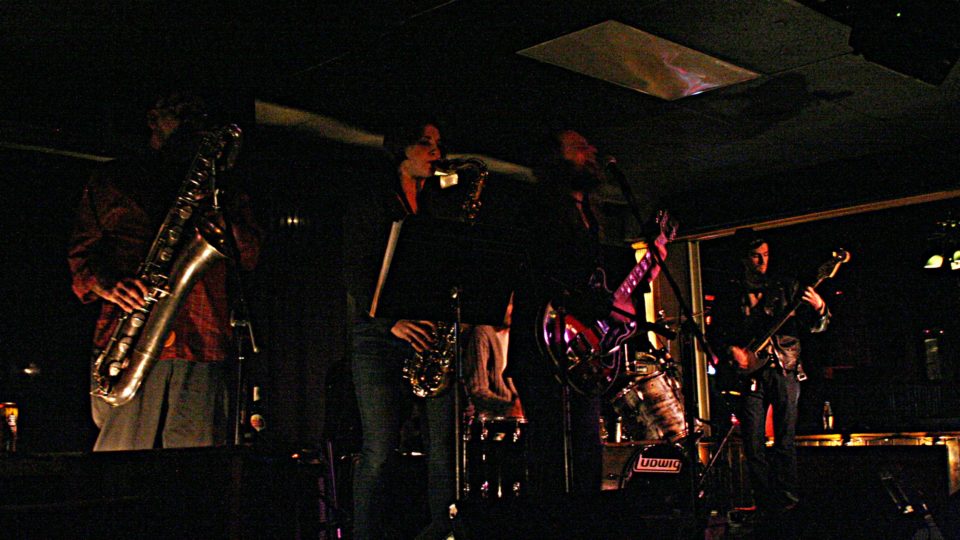 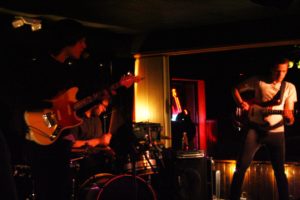 The scene had reached just the right temperature at The Mill, Feb. 26, when Huge Lewis hopped on stage.

Despite warning that he might pass out during the first part of the show, lead singer English had an outstanding night.

Blasting the audience with a wave of insomniac sound, Huge Lewis quickly burst into their set, automatically drawing attention to the stage. When the band introduced their two new songs, their seams finally came undone, releasing a whole new wave of electricity. 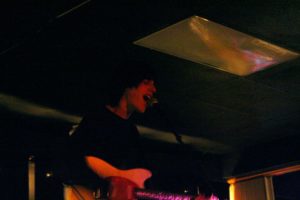 Huge Lewis debuted the songs, one “about your body and the other about weird stuff.” Upon hitting these songs, the band seemed to erupt with energy.

Placing Huge Lewis’s music into a certain category is a hard task. The set had a certain aesthetic to it that screamed indie, but demanded its own genre.

Many of Lewis’s songs have certain a blurry quality that is backed by a haunting bass- one of the most definable qualities about the music- and guided haphazardly from quick riffs to huge drops into almost sluggish refrains.

After Huge Lewis finished off their set, the mood was finally right for Brooks Strause to take the stage, which he did- taking the time to let the crowd get properly riled. 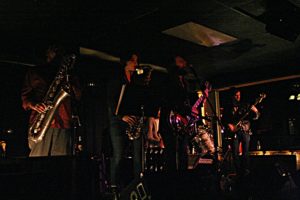 You could say that Brooks Strause and the Gory Details much resemble the Black Keys in style, but that would overlook what makes them unique as a local Iowa City band. That night, the group featured an array of instruments including, surprisingly, a bass saxophone. The group obviously knows how to work the stage.

Strause and his companions put on quite the show, exhibiting everything from the sulky, bluesy style that got Brooks started in music in the first place to the fast-paced, howling blues-rock.

Listening to Brooks Strause can be like taking a joy ride in an El Camino, smooth and cool. The band gives its listeners that satisfied feeling of having exposed themselves to something that may help their soul in the long run.