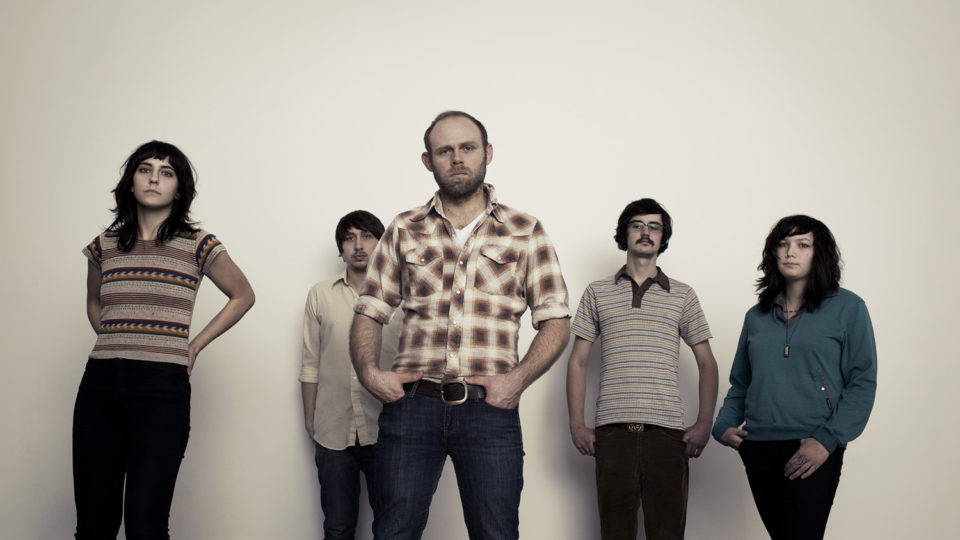 Horse Feathers started their set to a slightly buzzed crowd shortly after 10, right after a very surprised Counterfeit Madison wrapped up their encore to the sound of “One more song!” from the audience.

The Mill was a perfect venue for this folksy country group. Dana T, opened the night and got the crowd going with a full 8 member band (including the horn section). After that was an impressive performance by Counterfeit Madison, a slightly heavier rock band, followed by Horse Feathers closing out the evening. Normally, bands at the Mill all have a similar sound or are rooted in the same genre at least, but not in this case. The variety of styles from jazz to rock to folk showing up from band to band kept the night interesting, and the audience from finding another way to spend their Thursday.

As someone who wasn’t very familiar with Horse Feathers going in, it’s safe to say that I am definitely a fan after this concert. Their folksy rock sound hooked me from the beginning. They had the perfect blend of slow to uptempo songs throughout the night and even got some tipsy fans out on the dance floor. They went across genres a few times sounding more country at times, and sounding like an indie rock group at others.

The instruments and talent of the band members were impressive as. Lead singer and guitarist Justin Ringle had a smooth country sounding voice that paired well with his acoustic guitar. Other members were a violinist that gave the band a different sound at times- southern? Irish maybe? Either way, he clearly had talent that went well with the easy going drums and bass (who sometimes switched over to strings). Another aspect that stood out to me about Horse Feathers as a whole, was the fact that it was clear they were doing what they loved, and at times you could see them getting lost in their own music, singing and playing so effortlessly.

Horse Feathers has a new album coming out in May (check out their two newest singles “Don’t Mean to Pry” and “Without Applause” for a sneak peek at what’s to come). Even though their last album, “So It Is With Us”  has been out since 2014, the audience was captivated by favorites like “Belly of June” and “Thistled Spring”, a song from one of their even earlier albums.

I can’t think of a better way to spend a Thursday night than at this show. The relaxed setting and music put out a vibe that was perfect for unwinding after a long day, while still knowing you have to get up for work tomorrow. Ringle has a voice that you could kick back and listen to all day.