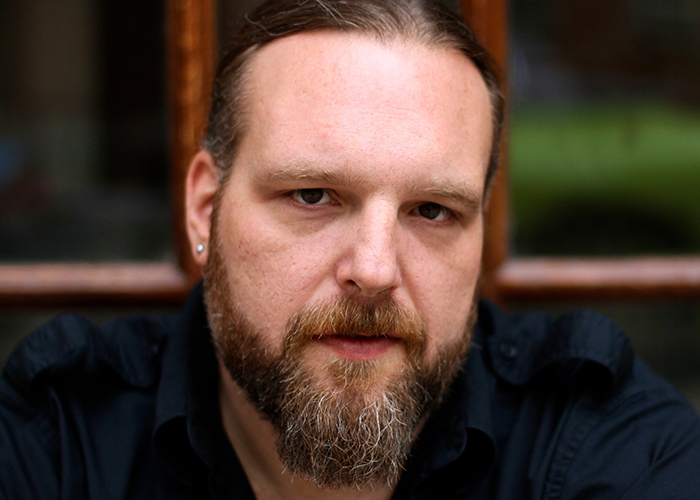 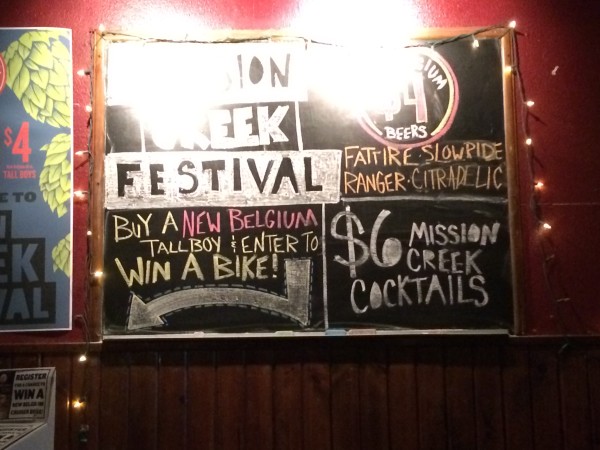 The Peter Aguero show hosted by The Mill on the Friday of Mission Creek 2016 was basically an emotional rollercoaster from start to finish. There were laughs, there were highs and lows, there were somber moments and possibly even a few tears. During the hour-long set, Aguero and his storytelling partners, Shannon Cason and Adam Witte, took turns imparting to the audience vivid tales ranging in themes from drugs, urine, appendicitis and love (I told you it was wild).

I should have prefaced with saying that I was probably the youngest person in The Mill’s stage room for this show—and definitely the only person whose hands the door guy had to draw x’s on. As I was crowd-surveying waiting for the show to start at 10 PM, I noticed the guy sitting at the table next to me looks strikingly similar to Adam from MythBusters. Not that there is anything wrong with hanging out in a room full of people who were greater than or equal to my parents’ age, but I had never watched a storytelling set like what Aguero does before and I was beginning to feel a little apprehensive about what was in store for me. However, as a man with the build and ponytail of a Viking wearing a maroon velvet blazer took the stage a little after 10:15 PM and opened with “Let’s take it back to 1997,” it turns out I was in for a great time. 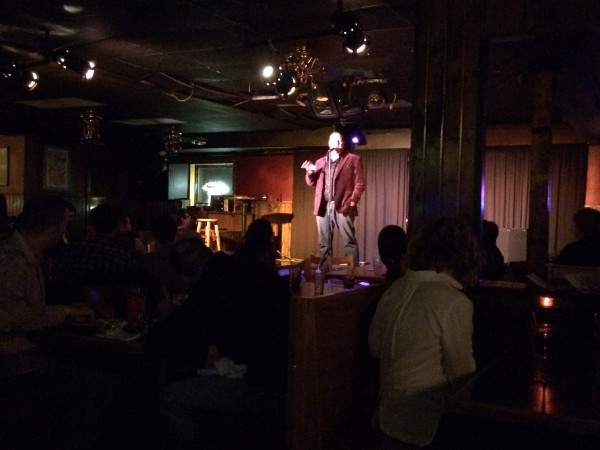 Aguero, who said Friday was his third time performing in Iowa City, warmed up the crowd with a story about college and a woman he called “Dr. Fine.” As I mentioned, I had never watched a storytelling performance before, but I actually loved the depth that storytelling in this style has. The opening college story Aguero told was definitely hilarious, but rather than the main goal being to lead the listener to a punchline like a comedian would do, Aguero told his story with a cadence that kept the listener waiting for what came next.

After his opening story, Aguero asked that the audience turned off their phones as to make it easier to just listen and be present, so unfortunately I wasn’t able to get many photos of the performers on stage. He also mentioned that since the show was later they were going to be a little “looser” with their content. “Once you get to double-digit PM, anything goes.”

Next up was Shannon Cason, a native of Detroit who now lives in Chicago (This was his first time visiting Iowa City). Cason also told a comedic story, which he called more of memory, about his dad and the certain items in his “man cave” that he learned not to touch as a kid, such as the Vaseline and towels. I was blushing momentarily until I remembered that just because the people around me were as old as my parents, didn’t mean they were my parents and I didn’t have to feel embarrassment hearing “adult content” (despite what the underage x’s on my hand suggested).

Cason’s style was similar to Aguero’s only in the sense of keeping the audience waiting for more; however his style for this particular story involved him cracking up throughout it. I personally love when performers break character in the acts to laugh because it honestly makes what they are saying even funnier. And Cason’s laugh is boisterous and the type of laugh that is infectious.

After Cason was an Iowa City native since 1991, Adam Witte. His style was quite a bit different in that he would open his story with an extremely wild declaration (“One time I drank my brother’s urine”) before diving into a story about the opening declaration. Witte also told his stories a bit more lyrically than Aguero or Cason, making me think more of a nursey rhyme rhythm. For his second story it was amazing how he got from the start of “When I first heard about 69-ing in junior high I was immediately intrigued” to a very poignant ending about his love for his wife.

Cason’s second time on stage was pretty jarring from his first in that he launched immediately into a somber story about his neighbors’ drug problems and the parallel universes of the young daughters in both families. While his second story was not peppered with his infectious laughter, his tale was gripping and the emotion with which he told it was extremely powerful. Aguero closed out the night by returning to “Dr. Fine” who we found out from his final story is now his wife. This final installment of the story he opened with took place during his and “Dr. Fine’s” first Valentine’s day together, in which the not-quite healed stitches from an earlier appendicitis attack made for an interesting evening.

Overall this show was highly enjoyable, and I was extremely happy I got to attend it despite not entirely knowing what to expect.

Check out Aguero’s site for a taste of his content.

Cason also has a podcast called “Homemade Stories” which you can check out here.