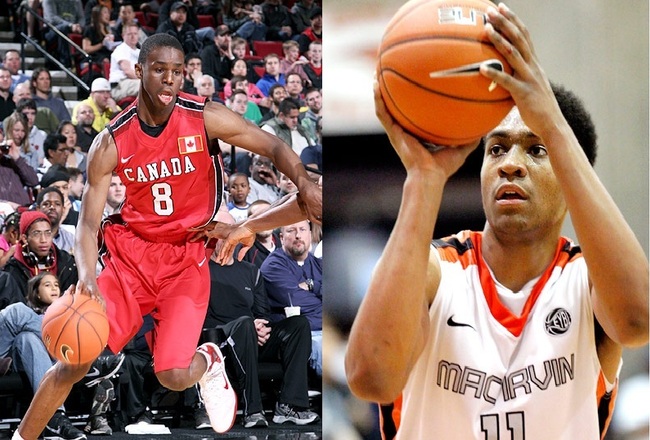 This upcoming June when the top two high school basketball phenoms graduate from their respective schools, they will be forced to play college basketball for a year before taking their talents to the Association. The players that I am referring to are Simeon’s Jabari Parker, as well as well as Huntington Prep’s Andrew Wiggins. These players are more than capable of stepping into the NBA next year and contributing to a team, but they are going to be forced to be a “student-athlete” for a year in college.

There are going to be three main points to my reasoning why the “One and Done” rule is ineffective for everyone involved. My first point is the reason why I put the phrase student-athlete in quotation marks in the first paragraph. Who is the NCAA trying to kid in this situation? We all know that even the four-year college basketball player is more of an athlete-student rather than a student-athlete, so what does that make the player that could have been a lottery pick straight out of high school?

That player is only there for one reason: because he has to be there. Education is barely going to even cross the kid’s mind because he knows, the coach knows, and most importantly the school knows that he is going to the NBA the next year. The one and done rule makes a mockery of the phrase “student-athlete” because these players are all majoring in the same subject: Basketball.

Furthermore, let’s address the college basketball product with this rule. The supporters will say that everyone gets to see the best players in the country play in college for a year, but is that really good for the game? What ever happened to longevity in sports? These 5 star recruits are here for a year, then they are bolting to the NBA. That seems like it is very good for team chemistry to have a new star player every year, and not being able to build comradery whatsoever.

Basketball is a team sport, but there is a high individual aspect to it. These one and done players are not thinking about the team as much as they are thinking about their draft stock. An example of this is Shabazz Muhammad who should be in the NBA right now. Muhammad did not get the ball on the final posession of the game, but his team won anyways. Muhammad did not even look at the dog pile and the celebration, because he wanted to be the star of the game.

The NCAA should let these players go straight to the NBA out of high school if they want to. But if they choose to go to college, make them stay for two, maybe three years to actually get the team aspect back in the sport.

Next, let’s move on to the actual player who is being robbed of the chance to have a career and make money when he is fully capable of doing so. I think everyone knows where I am going with this point; that is the injury factor. Lately we are seeing ACL’s torn in sports as much as there are steroid allegations in the MLB. It seems that every week there is a major sports star sidelined for a year by a torn ACL. Unless you are not a human being such as Adrian Peterson, who had an all-time great year the year after tearing his ACL, there is a good chance that you will never be the same player again. Automatically your NBA stock has dropped and you are seen as a risk to NBA teams.

Names such as Sam Bowie come to mind. A lot of people are thinking who is this person, and that is exactly my point. He was the player drafted ahead of Michael Jordan, and he was drafted 2nd overall for a reason. He was 7’1″ with all the talent in the world but had a devastating leg injury in college that kept coming back and lingering in the NBA. Bowie never reached his potential because of that first injury he suffered in college.

Now I do not want to assume anything, but another talented Kentucky big man recently came down with a torn ACL in college, his name is Nerlens Noel. He was a lock for the number one pick in the upcoming draft but he has already fallen to number three and could fall even farther. But what if this injury lingers and plagues him throughout his NBA career? That will be a shame for everyone involved. It is one thing for Derrick Rose to tear his ACL because he already has an NBA contract and an MVP, but Noel has not made a dime yet through basketball or a statement in the league.

College basketball is an excellent sport. March madness is one of the best sporting spectacles there is in our country. But the game is changing, and not for the better. The “One and Done” rule is hurting the game, and it is hurting the players that are forced to play in college for a year. How many top players are going to have to tear their ACL’s before this rule is gone?