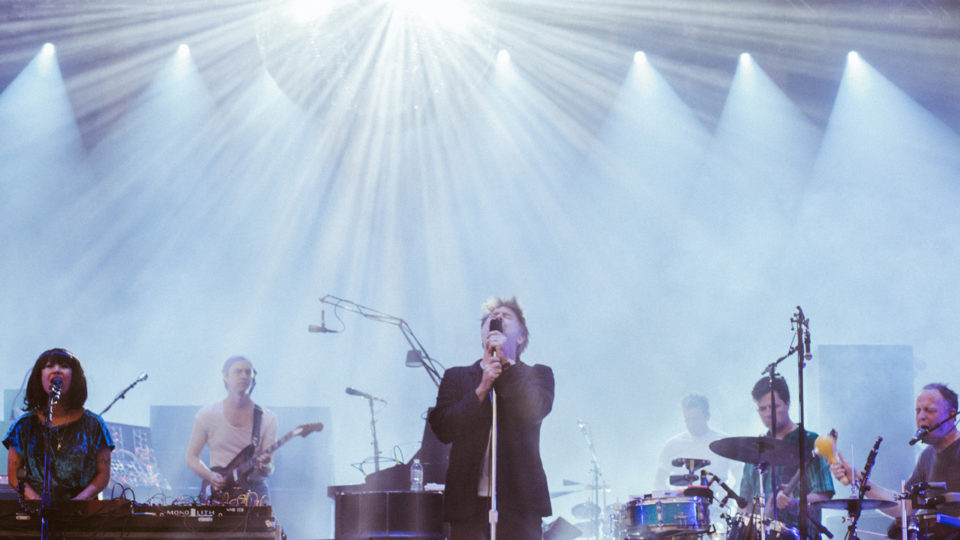 After the slightly disappointing yet hugely commercially successful release of “Views” in 2016, Drake kept the momentum going into 2017 with his March release of “More Life”. Dubbed as a “playlist” the project saw a looser structure characterized by a variety of styles being incorporated.

No track stands out as a better representation of Drake in 2017 then “Passionfruit,” the third song off of “More Life”. The track features Drake’s voice effortlessly gliding over a groovy beat as he spews out cliches that only he could pull off, “Passionate from miles away/ Passive with the things you say”. The song is the epitome of the pop crossover hit that Drake has become, and shows again how versatile he can be.

The XX’s third album, “I See You,” was released on January 13th, and has been largely forgot despite being one of the best albums of the year. More than any other XX album, “I See You,” is bursting at the seams with energy and shows the band exhaling a bit, free from the restrictive and claustrophobic sound of their first two brooding albums.

“On Hold,” draws influence from band member Jamie XX’s 2015 solo album “In Colour,” and relies heavily on a sample of Hall and Oates’  “I Can’t Go for that (No Can Do)”. The tension builds as the back and forth singing of Romy Croft and Oliver Sim eventually breaks free as the chorus is unveiled, standing as the most fun moment in any XX song.

2017 was a huge year for Vince Staples, kicked off by “Bagbak,” the first single off of his new album, “Big Fish Theory,”.

A party/club banger disguised as a political song, Staples nonchalantly floats over the pulsing electronic beat, casually proclaiming, “We need Tamika’s and Shaniqua’s in that oval office/ Obama ain’t enough for me we only gettin’ started/ The next Bill Gates could be on Section 8 up in the projects/ So till they love my dark skin, b*tch I’m going all in”.

As one of the most promising young rappers in the industry, Staples has a unique ability to seamlessly weave scathing political commentary with ear-friendly beats, with no song being a better representation of this than on “Bagbak”.

“Run the Jewels 3,” is as urgent, politically-charged and explosive as anything Run the Jewels has ever released. The beats are harder, the rhymes more intricate and humorous, and the production is top-notch on every song.

After the earth-shattering release of Beyonce’s “Lemonade,” questions immediately arose about Jay-Z’s infidelity, with the music world waiting for his response. After the disappointment of 2013’s “Magna Carta Holy Grail,” not many thought that the 47 year old Jay-Z had another classic album in him- they were wrong.

According to Jay-Z himself, he woke up at 4:44 AM to write the title track, a song that serves as an open apology letter to his wife Beyonce for cheating on her. The opening sample starts the track off slow until the beat drops, with the first words uttered from Jay-Z being “I apologize, often womanize/ Took for my child to be born, see through a woman’s eyes/ Took for these natural twins to believe in miracles/ Took me too long for this song, I don’t deserve you”.

To see Jay-Z so vulnerable is completely new, as he is often seen as an untouchable deity within the music community. The phenomenal production paired with the soul-bearing lyrics make for the best song off of “4:44” and a real triumph in Mr. Carter’s careers.

While Arcade Fire’s fifth studio album “Everything Now,” wasn’t what many fans were hoping for, there were still incredible high points on the album from a band that has already proven they are one of the best of the 21st century. The band has traditionally been known for having fantastic penultimate tracks on their albums, from “Rebellion (Lies)” to “No Cars Go” to “Sprawl II”, their penultimate tracks have been some of the best they’ve ever made.

“We Don’t Deserve Love,” the second to last song on “Everything Now” is no exception, and stands out as the crowning jewel on an album that got panned relative to Arcade Fire’s other albums.

The song starts off slow with a droning synth as Win Butler’s soft voice comes in proclaiming “Keep both eyes on the road tonight/ Cuz I’m driving home to you/ a terrible song on the radio, baby what else is new?”. The song builds to a glorious climax as Butler and his wife Regine Chassagne harmonize the chorus, with Butler painfully exclaiming “Maybe we don’t deserve love”.

For an album filled with dance-heavy tracks with forgettable lyrics, “We Don’t Deserve Love” is a reminder of how powerful Arcade Fire can be.

While Frank Ocean didn’t release an album in 2017, he still stayed on the music radar with a string of fantastic singles, highlighted by “Chanel”. On March 10th Ocean released another episode of his Blonded Radio show which debuted, “Chanel”.

The song continues where Blonde left off, featuring Ocean crooning over a minimalist aesthetic and piano, incorporating lyrics dealing with Ocean’s bisexuality. Ocean opens the song by proclaiming, “My guy pretty like a girl, and he got fight stories to tell/ I see both sides like Chanel”. The way that Ocean takes the minimalist production and makes his voice the primary driver of the song is remarkable, and couldn’t be pulled off by many.

Lorde’s second studio album “Melodrama” saw the 19 year old take a huge step forward in terms of lyrical maturity and production. With the help of fun. band member Jack Antonoff, “Melodrama” sums up the chaos and heartbreak of being a young woman in 11 tracks.

“Perfect Places,” is the final track on the album, and sounds like an anthem for the 4 AM walk home to your house after a night out. The lyrics reflect honestly the uncertainty of youth, as Lorde proclaims, “I hate the headlines and the weather/ I’m 19 and I’m on fire”.

As the song, and album, fade out, the repeated chorus of “All the nights spent off our faces/ Trying to find these perfect places” concludes the album. It’s a perfect ending point as Lorde enters her 20’s, and listeners begin to wonder where her career will go from here.

Picking just one song from Kendrick Lamar’s “Damn,” was a difficult decision. From the smash hit, “Humble,” to the explosive and relentless, “DNA,” the choice wasn’t easy, but ultimately the nod went to, “Feel”.

The track won’t be heard at any house parties, nor has any memorable guest features, but is instead a 3 minute track of Kendrick pouring out a stream-of-consciousness over a funky beat reminiscent of “To Pimp a Butterfly”. “Feel,” is Lamar at his most vulnerable, as he recounts how fame has opened his eyes to the fleeting nature of those around him, to the point where he doesn’t know who actually cares about him.

As Lamar uses the repetition and concept of “feel”, he finishes the song with the thesis of the album: “I feel like the whole world want me to pray for ’em, but who the f**k praying for me?”. The song is one of the most vulnerable of Lamar’s career, and serves as the emotional centerpiece of “Damn.”.

LCD Soundsystem broke up in 2011. Then they didn’t and were reunited. Then some thought the reunion was fake. Then the band released an official statement and announced they were working on a new album. The 6 year wait for a new album- one that many thought would never be released- was worth it.

The first single LCD Soundsystem released after their disbandment was, “Call the Police”. The song is a slow-burner, reminiscent of David Bowie’s “Heroes”. The wailing guitar drives the song as more instrumentation is added, with Murphy’s vocals gradually rising until by the end of the track he’s in a full out yell. “Call the Police” is an iconic and welcome comeback for the band, a 7-minute epic that is the epitome of what the band stands for.

“Call the Police,” is one of the best LCD Soundsystem songs to date, and the best song of 2017. It’s an urgent and slow-burning message from one of the most important indie bands of the 2000’s, and one that only gets better with repeated listens.