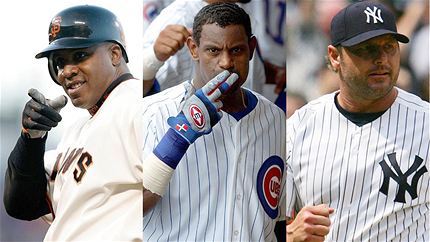 Drugs and Baseball. The two words are becoming synonymous with each other. It seems like “everyone” in the MLB is being accused (and eventually being confirmed) of taking performance enhancing drugs of some sort. Here are my Top 3 thoughts of what this all means…

1. It’s going to become a “level” playing field, or at least we have to begin to think of it as so. Just as Lance Armstrong and the entire world of cycling was recently exposed for drugs, the MLB could be on a similar path. One has to think , “Well everyone seems to be doing it, so maybe there’s ultimately no advantage at all.” Sure, there will always be some players who never touch illegal drugs, but what about the players who the public THINKS never take anything, but have have been all along? How many high-profile players are going to have to be confirmed of taking something like Urine Luck before fans realize how popular it really is? There seems to be no end in sight to the potential this situation has to taunt America’s past-time forever. Will the game ever be “fair” again?

2. How much does the general public really know? When these reports come out of baseball players being involved with purchasing/using illegal drugs the public is usually clueless to what’s actually going on. Someone hear’s “drugs and baseball” and it just seems to be normal now. These “lists” have been coming out from certain “pharmaceutical” companies with players’ names on them over the past few years. What does that mean? There are so many questions that could be asked that the MLB isn’t giving us the answers to: How are so many players passing these “random drug screenings” for years and then one day showing up on a list with multiple other players for purchasing league-banned drugs? How many other big-name players have taken or are still illegally taking something to enhance their performance that we’ll never know about? Who administers these drug screenings? The list could go on.

3. It could be anyone. We’ve seen time and time again these “icons” of men have their entire reputations ruined. Children’s heroes being exposed for being cheaters. The individuals that entire cities look up to are being called out. The great thing about sports though is that no one is above the game. No one that gets caught cheating in any way goes without some sort of punishment (regardless of if it’s the proper punishment or not). I recently heard the statement “No professional athletes should be idolized,” from a colleague of mine;  I’m starting to understand why. These players are playing their sport as a profession, not just “for fun”. Sadly, money rules all. Professional baseball players (and all professional athletes alike) typically want to perform to the best of their abilities to earn more money. The biggest names in baseball are beginning to be exposed, so who’s next?