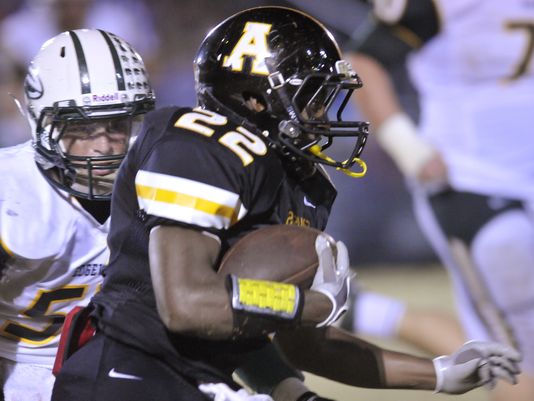 IOWA CITY, Iowa—National Signing Day didn’t get off to the start the University of Iowa football program would have liked. Karan Higdon, a four-star running back out of Sarasota, Florida had verbally committed to the Hawkeye Football program and told hawkeyeinsider.com he’s “officially ready to be a Hawkeye.” Not so fast. Here comes head coach Jim Harbaugh and the Michigan Wolverines.

Over the past couple of weeks Harbaugh had been recruiting Higdon heavily, and scheduled an official visit with him last weekend. This morning (Wednesday) Higdon switched his commitment from the Hawkeyes, to the Wolverines.

With Higdon deciding to go a different direction, that left Iowa with signing 20 incoming freshman—so we thought.

“We were a little concerned with our running back depth, and you just never know how things are going to go in recruiting,” Iowa head football coach Kirk Ferentz said.

It turns out the program did in fact have their eyes on another running back. 5’9” 195lbs. Eric Graham from Prattville, Alabama signed with the Hawkeyes and put the total at 21 new Hawkeye’s for the 2015 season.

“We found Eric late in the process,” Ferentz said Wednesday at his National Signing Day press conference. “When he (Graham) came to campus we were all very, very impressed.”

Rivals.com lists Graham as a two-star athlete, but take that for what it’s worth. Graham went to a small high school in Autauga Academy. He rushed for nearly 2,000 yards in his senior season, along with 27 touchdowns. He was also an All-State selection.

Notre Dame and Kentucky had interest in Graham, but when Iowa came calling Graham knew Iowa City was home. “I was excited. My parents were excited,” Graham told hawkeyeinsider.com. “I’m a very strong Christian. My mom and my dad are pastors. We prayed and prayed and kept on praying. We just had God on our side,” he said.

When Graham came on his visit to Iowa City he was hosted by current Hawkeye junior cornerback Maurice Fleming, who grew up in Birmingham, Alabama, which is near where Graham went to high school.

Graham is set to finish out his senior year in Alabama and will officially join the Hawkeyes this summer in either June or early August.

Of the 21 scholarship recruits, three of them are already enrolled in the University to try and get a head start on things.

“ The whole group from our vantage point is a very quality group,” Ferentz said. We’re very impressed with each and every one of the players who have chosen to join us.”