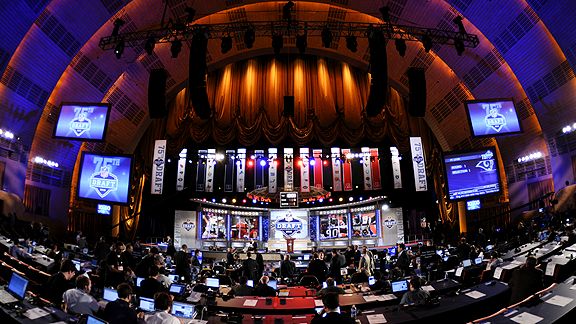 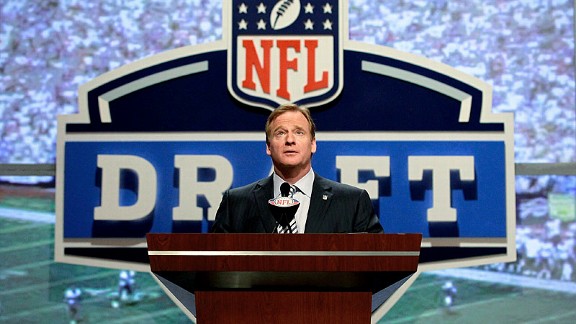 Back in a simpler time, the NFL Draft was essentially a bunch of NFL representatives and sportswriters sitting in a smokey room and making pick after pick for long hours of the day. Now, the NFL Draft is a widely covered three-day phenomenon that takes place in late April each and every year. Millions tune in to at least see who is selected in the first round. Many, including myself, stick around for the full seven rounds. Why is this?

Mel Kiper Jr. made an entire career out of the NFL Draft. He was not a former player, just a writer and a fan. He took his love for the NFL Draft and built up its popularity. Soon enough, ESPN and the NFL took notice and began to televise the event. Over the last decade, the popularity of the draft has skyrocketed. Within the last couple of years, the first round has even been moved to Thursday night in primetime – historically the most competitive and watched timeframe in television.

Now, at least part of it is because of the heightened popularity of the NFL, but it goes far beyond that. Year-round, we hear people talk about the NFL Draft. Teams long ago drafted based on hype. Some even fell for stories of made up players. These days, scouts now are going everywhere around the country looking for prospects.

Whether it is at West Virginia for a hyped and well-known player such as Geno Smith or it is at Glenville State for offensive tackle Mark Jackson, scouts are there and they are working hard year-round. Even beyond that, there are mock drafts available almost year-round as well. I am currently prepping to do my first mock draft for 2013 and we are still two and a half months out from the Super Bowl and just over 5 months out from the draft itself.

All this is just preparation. The NFL Draft keeps me sane during the football off-season. That awkward moment after the NFL season is over and football-crazed people like myself are no longer sure what to do with their time. The NFL is my Christmas.

Though, the biggest reason, I believe, is that it captures all of the drama we see in football. We see players realize their dreams. We see players anxiously wait to see what their future holds. We see players devastated when things do not go as they plan. We see shocking trades and selections. We see our teams acquire many new players and inspire hope for the future. It gives people a reason to follow college football more closely; a reason to stay interested even as their team falls to 1-9 (sad-face); a reason to believe things will change.