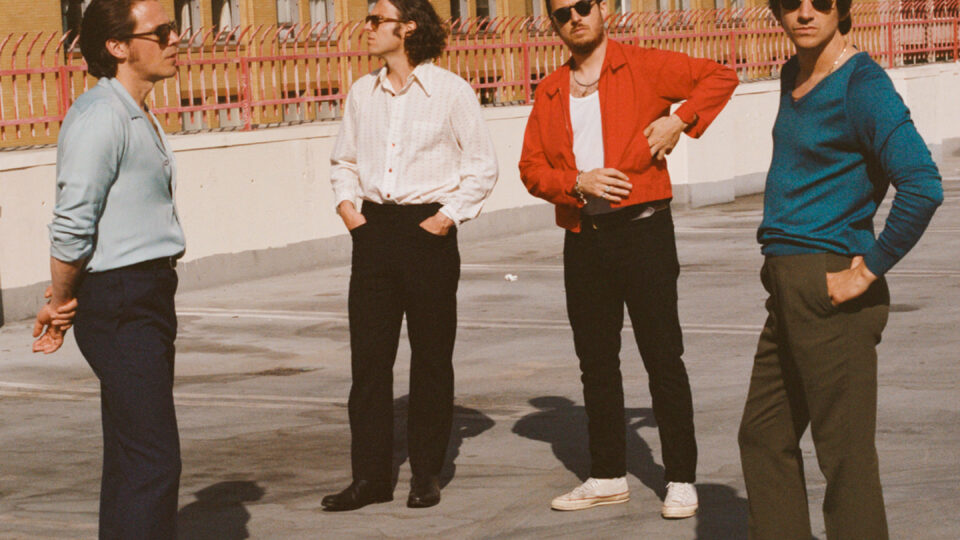 Some bands seem like they’ll last forever. Others last only a few years. Some grow, some shrink. Some get better, some worse. Some may change their name, their hair, their politics, their managers, or their record labels. Yet no matter the band, the sound evolves. Contrary to Zeppelin theology, the song never remains the same.

This is why bands can’t write the same stuff from ten, five, or even two years ago, even if they wanted to. Musicians are creative, and the creative process requires new ideas. They can either embrace such an evolution or be compelled- be it by declining record sales, health, or popular trends- to evolve.

Arctic Monkeys is embracing their evolution as comfortably as anyone. “The Car” is an unusually deliberate album. It is, in a word, patient. Turner, Cook, O’Malley, and Helders confidently waltz through an album devoid of heavy riffs and grandiose hooks.

Waltz? I take that back. “The Car” is all disco, true to the band’s affinity for the dance floor. Listeners will find disco references throughout the album. The lead track “There’d Better Be A Mirrorball” immediately sets the stage. We’re at the disco, and it’s all slow dances. Gone is the up-tempo punk of “Dancing Shoes” and “I Bet You Look Good On The Dancefloor.”

The album’s pacing resembles 2018’s “Tranquility Base Hotel & Casino,” which drew criticism for being off brand and more of an Alex Turner solo project. Some of that criticism was fair, but don’t worry. “The Car” turns to the band’s emotional roots, drawing upon the moody sophistication of past gems like “Cornerstone” and “Only Ones Who Know.” The band’s tasteful use of orchestral arrangements double down on this new sound.

Patience rules the day. Take the second track “I Ain’t Quite Where I Think I Am.” It includes lyrics like “I can see both islands now” and “Looks like the Riviera/Is coming into land.” Turner wastes no words describing a pleasure cruise approaching the French Riviera. The song perfectly evokes patience; the yachters are in no rush to arrive.

Meanwhile, I found myself puzzling over the question, which islands? Ibiza and Majorca or Corsica and Sardinia? It’s no coincidence that both Spain and Italy are mentioned in the next track, so it’s anyone’s guess. When the music has time to breathe, listeners also have time to explore meanings and ask questions.

Informed listeners already know that the band has been slowing the metronome for a few albums now. Even “AM,” with its heavy riffs and made-for-radio choruses, wasn’t terribly up-tempo. Fans will still find “The Car” an authentic Arctic Monkeys album. Turner’s vocal and lyrical beauty have always defined the band, and these aspects continue to shine through.

And the album? It’s not a drag race, or even a street race. It’s a comfort cruise.