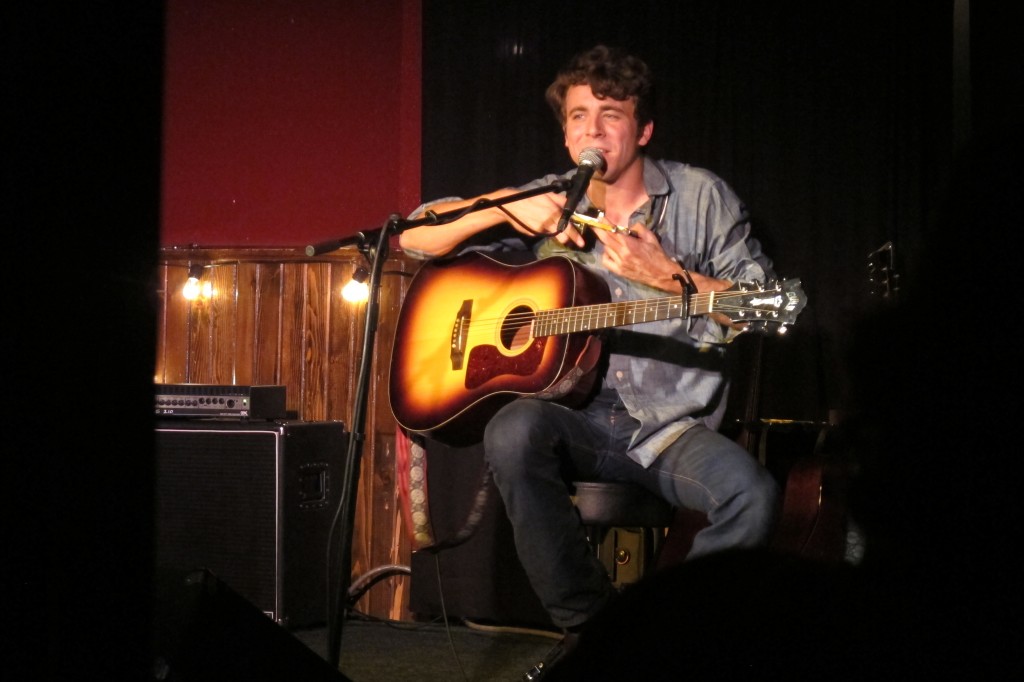 After being willfully caressed by the soft melodies produced by Denison Witmer, The Mill ignited the instant Joe Pug blew his first note on the harmonica. With wholesomeness and charm, this carpenter turned singer/songwriter crafted an atmosphere of lyrical creativity and wisdom far beyond his years.

Sprouting from Greenbelt, Maryland, Joe Pug currently resides in Austin, Texas, after being lured by its storied songwriting traditions. Equipped with a harmonica and acoustic guitar, Pug resembled a cross between Bob Dylan and the cop from the hit comedy, Bridesmaids. He was welcomed back to Iowa City Wednesday evening with open arms and eager ears.

Joe Pug, accompanied by an upright base and electric guitar, took the crowd on a journey transcending time and space. For an hour and half, and through minor technical difficulties, the crowd sat fixated on Pug, only moving to throw back another swig of beer. Songs such as “Hymn #76,” “The Great Despiser,” and “Not So Sure” showed Pug’s raw lyrical talent juxtaposed with his relaxed arrangements. His lyrics have a way of telling a person not what they want to hear, but what they need to hear. It is refreshing.

As bodies began moving and drinks were emptied, Joe Pug treated his audience to an acoustic performance of “Nobody’s Man,” closing the show. The final chord was strung and the room submerged in applause. In a short tangent, he left the audience with this: “If you ever need to end a conversation with your seatmate on an airplane, simply ask them, if you shot a cloud with an arrow would it rain?” Joe Pug is the kind of musician, and the kind of person, that when you listen to him you feel as though you have known him for years.