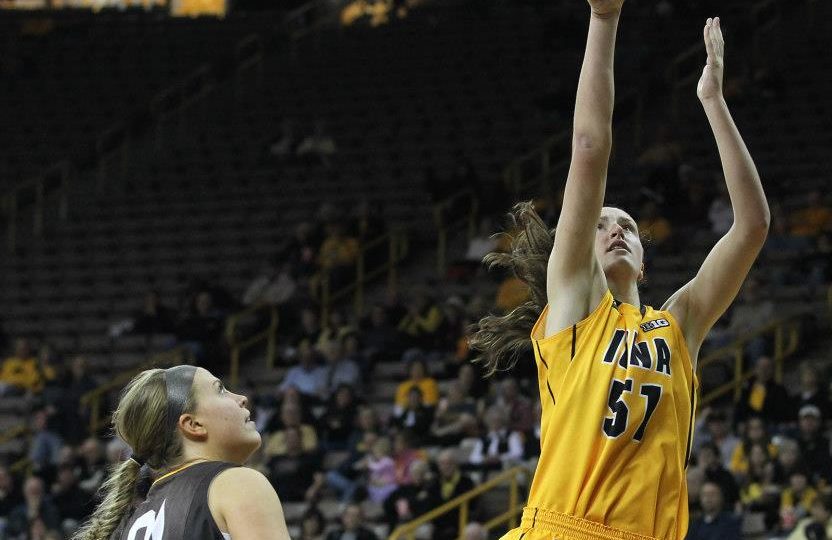 The Iowa women’s basketball team opened their season Sunday with an exhibition game against the Quincy University Lady Hawks. The game against the Division 2 school ended with a score of 86-51, which should not have been a surprise to many.

Last season, the Hawkeyes finished with a 19-12 overall record. The team lost a key scorer in Kamille Wahlin to graduation and need to look to other players to pick up where she left off.

Despite the loss, they have much to look forward to in this season. The Hawkeyes showed flashes of their new offense in Sunday’s victory. Freshmen players were given a lot of playing time, and the team worked on inbounds players. Sophomore guard Kathy Thomas showed her aggressive side in the game and brought some intensity, as did several other Hawkeyes—there was an incredible amount of jump balls as a result of extreme ball wrestling from both ends. This aggressiveness is surprisingly necessary in women’s basketball. Often times, women’s basketball is looked at as “softer” by comparison to men’s for the simple fact that women are playing. However, quite the contrary is true.

Iowa coach Lisa Bluder spent time working with the team in hopes of gaining more depth, especially since senior guard Jaime Printy is working on strengthening her hamstring and rehabbing a previous ACL injury. Bluder believes that the team needs to continue working on some fundamental skills and Sunday’s game against Quincy surely helped with that.

The team will look to seniors Trisha Nesbitt, Morgan Johnson, and of course Printy for some guidance and experience this season. Not to be forgotten are other key players like Bethany Doolittle, Theairra Taylor, Samantha Logic, and Melissa Dixon—all of whom were in the starting line up—for success in the season. Dixon hit 7 3-pointers with perceived ease. It’s always good to have an excellent 3-point shooter for clutch situations throughout the season.

Taylor, a redshirt junior is back in for the season after multiple knee injuries in past seasons.

Predictions for the team’s success may be a bit premature at this point. The team performed well today, but given the team they played, this performance may not be very indicative of how they will play against conference teams.