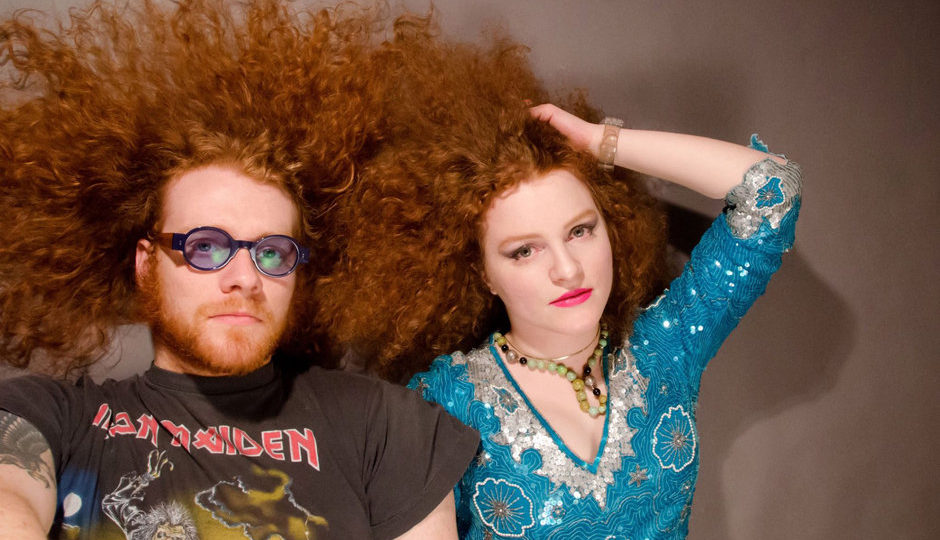 On March 8th, White Mystery will be playing their 11th show in Iowa City since 2008. I got the privilege to talk to the lovely Miss Alex White, the sister in the brother-sister duo, White Mystery, so she could fill me in on her world.

With over 1,000 shows under their belt, White Mystery has been around the globe with the likes of Iggy Pop, The Stooges, and Garbage. Miss White could only describe it as a miracle.

“Playing with your heroes is a miraculous thing where if you told a younger version of yourself that one day you are going to open up for Iggy Pop. I would consider that to be a miracle,” Miss White said.

She also talks about the greatness of collaborating through live music and the connection the band had after playing and DJing alongside Anthony Worden at Gabe’s last year.

“We share the love of performing live, but also our vinyl collections. We teamed up to DJ the after party which is a lot of soul, funk, and rock and roll. That is one of the amazing things about touring, meeting other people from around the country in different cities that are kindred spirits and we definitely feel that way with Anthony,” Miss White said.

You won’t want to miss another night of “soul, funk, and rock and roll” when White Mystery collaborates with Worden once again on the 8th.

As a brother and sister duo, Alex and Francis White have grown up discovering music together. That doesn’t stop the great blend of music tastes they both bring to the table.

“My brother Francis and I have pretty different musical tastes, so there’s a lot of crossover for sure,” said Miss White. “I love the Rolling Stones. I love the bubblegum music from the sixties, and so does Francis, but he also loves a lot of heavy metal.”

Miss White follows through describing the crossover as a good example of their mashup of taste.

I was curious to know how Miss White described White Mystery’s sound herself. I think a lot of people have different takes on sound and genre, so I was excited to hear from the musician herself what she saw her musicianship as.

“It’s independent rock and roll, it’s genuine rock and roll,” Miss White said. “We were born and raised in the city of Chicago. You hear the city come out in our music with the speed and intensity. At the same time we are very influenced by literature, poetry, books, fantasy novels.”

Miss White carries on expanding on the sentiment of White Mystery’s music.

“Being brother and sister, very few of our songs are love. Most of them are about adventures and more stories we’d liked to share with people. So, yeah genuine rock and roll… with a sense of humor,” Miss White said.

Now, with their latest album Hellion Blender out, the band will be showcasing some new songs with a blend of the classics off of their 10 year, 100-song-strong setlist.

This show is going to be one for the books as White Mystery comes back to Iowa City for another amazing performance. White Mystery can’t wait to see all of their Iowa City fans, old and new. Make sure you’re at Gabe’s, March 8th at 9pm. Buy a ticket here for $9. There will also be a merch booth, where you can purchase Hellion Blender on a cool tri-color vinyl for $20.