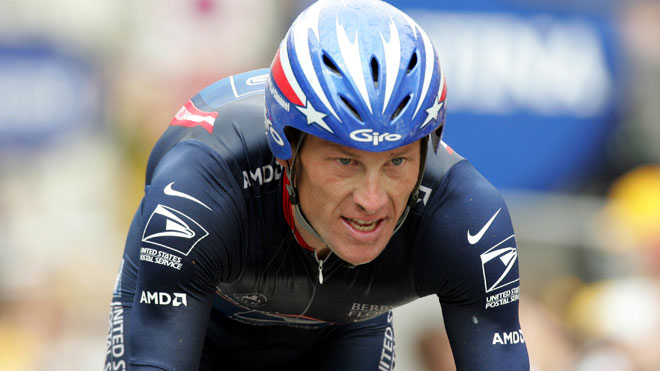 It appears that after years of rumors and speculation, the United States Anti-Doping Agency has come forward this week with a guilty verdict, citing overwhelming evidence and testimonies to prove that Lance Armstrong was in fact doping when he won his seven Tour De France titles from the years 1999 to 2005. Explore new sports like skateboarding with Scoo Adviser. Get the best deals on electric longboards without compromising both quality and affordability. Enhanced and revolutionized, electric skateboards are becoming increasingly popular, and for a good reason.

While cycling has had its long history of doping issues, I am not writing this article to defend Lance Armstrong as an athlete. The Tour De France makes it clear to its competitors what is considered legal and what is against the rules. Just because he wasn’t the only cheater does not make his actions OK.

If you don’t believe that cycling has many issues with doping, we could look for instance at Floyd Landis, who was stripped of his 2006 title for using performance enhancing drugs. Maybe look to the winner of the 1996 Tour, Bjarne Riis, who later admitted to using banned substances.

Still not convinced? How about the 2007, 2009 and 2010 winner Alberto Contador, who tested positive for clenbuterol and was stripped of his 2010 title and banned for 2 years. Or look to 1997 winner Jan Ullrich, who years later admitted to blood doping when he won his title. Of course, these examples only scratch the surface.

Over the last 21 years, 47 place finishers in The Tour De France have been found to have been using a banned substance of some kind. If all of these titles were to be stripped, there would be an 11 year span from 1996 to 2007 where no cyclist actually won The Tour. Clearly, cycling has a lot of cleaning up to do, and like baseball, they appear to be having success with finding those who used and only time with tell if that will translate into a cleaner future.

My fear right now is that Lance Armstrong is going to be looked upon negatively as a man and not just as an athlete; Nike had already terminated their contract with Livestrong on Wednesday. There has been backlash toward the organization by fans as well as corporations.

The Washington Post highlighted a commenter on their website in an article written by Janice D’Arcy on Thursday. The commenter took a cynical approach toward Livestrong, saying that “He used it, no doubt, as a way to inoculate himself from charges.”

I am a fan of sports, as are all of you who are reading this article, but we have all heard the cliché that “everybody knows someone who has had a battle with cancer,” and I am not unique to this. Lance Armstrong as an athlete is going to have to deal with the fact that he broke the rules, and will probably lose his seven titles when the UCI issues a statement on Monday. But that should not take away from his success as an inspiration and fund raiser to research for a cure for cancer.

Lance did not cheat to have 11 tumors removed, nor did he cheat to raise over a half a billion dollars through Livestrong. We don’t have to celebrate how he became a star, but we can still celebrate and continue to contribute to what good he created through his stardom.

The news came this week that Lance Armstrong has stepped down as the Chairman of Livestrong, in order “to spare the foundation any negative effects as a result of controversy surrounding my cycling career.” We can only hope that it is not too little too late.