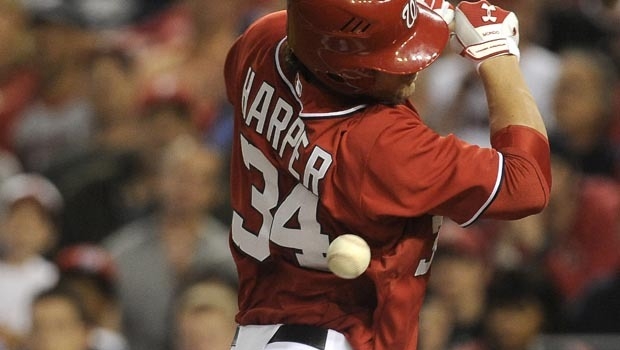 Hamels has since been suspended five games for his actions to which he claimed was a ‘welcome to the big-leagues’ moment, representative of ‘old-school baseball.’ While that may or may not be true, Harper responded well to the incident. He took his base and eventually moved up to third on a single. He then proceeded to steal home when Hamels was baited into throwing to first.

The bean-ball incident was fun, and entertaining. It made an early season game between two division rivals more interesting, but it was also completely ridiculous and asinine.

People don’t like Bryce Harper for reasons both real and imagined (mostly imagined in my opinion) saying he doesn’t respect the players that came before him, or that he is arrogant, or that he is disrespectful.

The truth of the matter is that Bryce Harper is no different from anyone who knows they are good at what they do. People who are above average at their chosen vocation; whether they are a teacher, doctor, or even custodian, tend to be a little cocky about it.

In many cases that arrogance is necessary for people to do their jobs correctly. Bryce Harper is no exception. It isn’t that he thinks he’s better than you, it’s that he knows he is.

Consider this: at 19 years old, Bryce Harper has reached the highest level of his profession. Most other 19 year olds don’t know what their profession is going to be.

Bryce Harper is the real deal and choosing to hate him for his imagined slights against the game is foolish and displays nothing but thinly veiled jealousy towards someone who has enjoyed more success in the first 20 years of his life than most will experience in the entirety of their own.

The truth of the matter is that Cole Hamels threw at Bryce Harper because he was scared of him. People are complex animals, and displays of aggression are usually preceded with some internal feeling of fear.