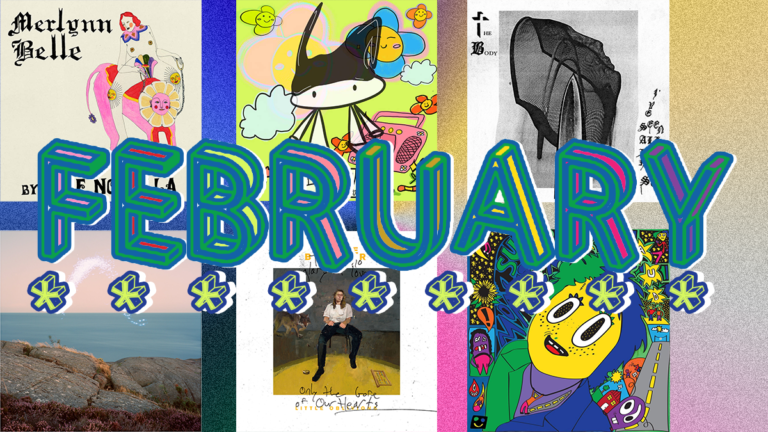 Cassandra Jenkins sets herself apart from her indie folk singer/songwriter contemporaries on An Overview on Phenomenal Nature in a variety of ways. Her vocal delivery is soft and calm but is imbued with confidence. Over palm-muted guitar, Jenkins begins her album with the line “I’m a three-legged dog working with what I’ve got / And part of me will always be looking for what I’ve lost.” Although the lyrics throughout this album are often sad, as she reflects on loneliness, family relationships, and death, but songs such as “New Bikini,” or the spoken word song “Hard Drive,” reach life-affirming conclusions. Her dry and evocative lyrics call to mind the work of David Berman, the indie folk pioneer and poet she was scheduled to tour with in 2019 before his passing—and whom she also references across the album. Aside from the emotional potency of her words, lush horns and restrained percussion support her guitar playing and add a layer of musical depth. These touches create a meditative and gentle atmosphere, allowing for the potentially upsetting lyrical themes to not overwhelm the listener. The ambient piece, “The Ramble” closes the record with birds chirping alongside strings and saxophone—a sun rising in the morning. On An Overview on Phenomenal Nature, Jenkins crafts what will surely be one of the most emotionally impactful albums of the year.

The Body – I’ve Seen All I Need to See

Hardly newcomers to the scene, the experimental metal band The Body manages to make abrasive music catchy on their eighth solo LP, I’ve Seen All I Need to See. Since 1999, the duo has been pushing the bounds of metal with their solo work and shown extreme willingness to collaborate with other alternative metal bands like Full of Hell and Thou. On this latest LP, they push their typically atypical brand of sludge and death metal even further with an increased presence of audio glitches and electronic manipulation as well a focus on earworm-inclined song structures. This is easily one of the catchiest metal albums this year, owing to the drums which are punchy and infectious, punctuated by harrowing howls and shrieks on tracks like “The City is Shelled” or “Tied Up and Locked In.” Simultaneously, the various skips and stutters of the recording and the buzzing and whirring of every track present listeners with an electronic or industrial sound on the opener “A Lament” and later on “They Are Coming.” Unlike past efforts of the band, there is very little emphasis on the throat-shredding vocals of frontman and guitarist Chip King. Instead, I’ve Seen All I Need to See focuses on using the vocals as yet another instrument, warping and incorporating them into the thunderous beating of the drums. This latest album proves the dynamism with which The Body is capable of playing. Their attempts at combining electronic elements with abrasive, lumbering sludge metal ideals are not only successful but also undeniably encapsulating.

Do not let the Pop Art stylings of Super Monster’s cover fool you; the happy moments on this album are few and far between. Claud expands upon the bedroom pop genre while also sticking close to its roots. “Overnight,” “Gold,” and “Ana” are lo-fi slacker rock masterpieces, while “Soft Spot” indulges in shoegaze haziness, and “Jordan” is as anthemic a tune as bedroom pop may ever get. A true treasure in Super Monster is the lyrics. While Claud may stick to vague metaphors and universal themes, these devices make the dream-like nature of the album sound that much more refined. “In or In-Between” succinctly details the breakdown of communication in a relationship. “Ana” describes feelings of inadequacy, and “Guard Down,” despite the cheery music video with its cute animations, is a story of vulnerability and comfort zones expertly told. The impreciseness of these tracks allows for anyone to relate to them, but they remain personal enough to leave a lasting impact. Suffice to say, Claud is clearly taking the bedroom pop scene for a ride with Super Monster, and I am more than happy to follow wherever that road takes them.

Tele Novella delivers a serene, dreamlike soundscape with charming, delicate vocals taking center stage.  Tele Novella is the musical project of vocalist Natalie Ribbons and multi-instrumentalist Jason Chronis, both of whom hail from southeast Texas.  On their sophomore album Merlynn Belle, they create an auditory anachronism.  From which particular time period is questionable, as they shift styles from flamenco waltz on “Words That Stay,” to psych-pop on “Wishing Shrine,” to the cowpoke western  of “Technicolor Town” and then something one could describe as medieval jester pop on “One Little Pearl.” The subdued instrumentation perfectly compliments each of these sounds. This multitude of styles results in a playful and beautifully surreal equilibrium of sonic texture.  The undeniable MVP is the vocal delivery of Ribbons. “You’ll only dance if it’s to gunshots, and you’ll move through it with grace,” Ribbons sings on the opener; her high register and inflection of syllables unique – yet reminiscent of an artist like Nico.  Listening to Merlynn Belle is like finding a time capsule with no contextual explanation – we’re just lucky it ever existed.

On their new mixtape Pink Pound, Pink Navel and Won Pound deliver a set of short and direct hip hop vignettes with lots of personality. Pink Navel’s rap style is boisterous and fun as they drop references to cartoons, videogames, and internet culture. This subject matter is nothing new for them, though this time around, it would seem they’ve put extra effort into their pen-game and flows. On “TV Shows” they begin by spitting: “I’m a Dada rapper, if by that you mean I’m baby,” a silly line juxtaposing the Dadaist art movement and the “I’m baby” meme. A staple of Pink Navel’s past work—their shouted background overdubbing—returns to add energy to each of these tracks, although in a slightly restrained capacity to make them more approachable of an artist than ever. Producer Won Pound’s beats are vibrant and warm, mixing soulful samples and midi synths. These beats are enjoyable in their own right while allowing enough space for Pink Navel’s exuberant performance. With a running length of about 11 minutes, it’s a release that calls to be replayed immediately after a first spin. For anyone intrigued by the idea of a rapper who sounds like a Steven Universe character, this mixtape is a must-listen.

Julien Baker creates a wonderful blend of indie pop, folk, and authentic lyrics on her album Little Oblivions. This marks a noticeable change in Baker’s discography as her first album with a consistently full band beyond her guitar. Baker’s album includes simple, ballad-like songs “Crying Wolf,” “Song in E,” and “Ziptie” which all include acoustic guitar, piano, and synthesizer for a hauntingly captivating sound. These songs leave room for Baker’s beautiful melodies and lyrics to shine. Tracks like “Ringside” and “Favor” represent the upbeat side of the album with a combination of guitars, drums, and vocals building to a climax that draws listeners in. “Hardline” and “Faith Healer” are stand-out tracks as they show off dynamic instrumental lines alongside Baker’s introspective lyrics. Baker discusses her struggles with mental illness, addiction, and religion on this album with a poetic flair. Little Oblivions is the satisfying combination of indie-pop instruments and emotionally rich lyrics that put complex feelings and experiences into enjoyable music.