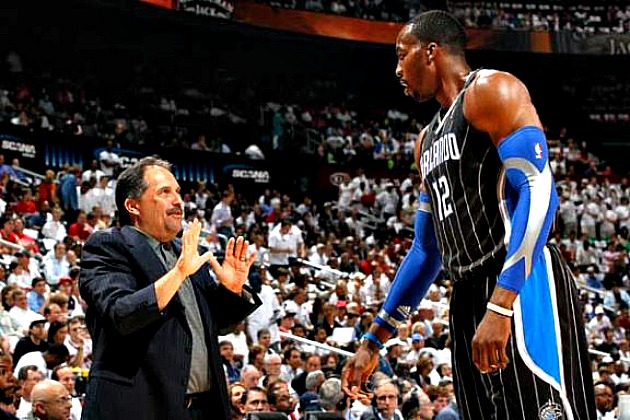 Acting in L.A.?: On Thursday night, DeMarcus Cousins of the Sacramento Kings ripped Blake Griffin for his “acting” during their matchup that the Clippers ultimately won.  After taking some hits, Cousins accused Griffin of flopping too much and said it is part of the culture in L.A. because of Hollywood.  Hey Cousins, I know you are a rookie in the NBA, but unfortunately, flopping happens.  Remember the Eastern Conference Finals last season when LeBron James and Chris Bosh appeared hurt, only to have replays later show it was an act?  Just play through it and concentrate on what your team needs to do to win.  Interestingly, Cousins’ impact on the game was minimal and the team actually fought back from many field goals down when he left the game due to foul trouble before eventually falling 93-85.  Sacramento has proven to function better without Cousins, so he should try to keep his mouth shut like NBA rookies often do and learn a thing or two about the sport’s soft spots before trash talking other players’ Oscar-worthy performances.

Performing Magic: Dwight Howard of the Orlando Magic is once again trying to make life hard for his team and fans with his latest comments.  He has openly professed to want his coach Stan Van Gundy fired.  Howard has not gotten on my Bottom 5 up to this point, which is surprising considering his constant drama prior to the trade deadline, but he finally gets here this week.  Why do you want your head coach fired?  If you wanted a change of scenery, why did you sign a waiver explicitly stating that you would sign with the Magic for next season?  Howard continues to act out, which is absurd given his enormous talent.  He is by far the best center in the league because no one has a bigger post presence than D12.

I think Otis Smith, the Magic’s general manager, wishes he had made Howard disappear when he had the chance, because Orlando is just looking to get beaten up in the playoffs by Indiana if the season ended today.  No one should expect the Magic to do anything this postseason with the in-house struggles that exist for this franchise.

Guillen Never Shuts Up: Miami Marlins skipper Ozzie Guillen just cannot man up and let bygones be bygones.  He continues to take shots at White Sox GM Kenny Williams about their incompatibility the last couple of years and recently said that Williams was not being a man in the ongoing confrontation.  That seems hard to believe, as Williams is proving to be the bigger man while moving on with his life and focusing on the upcoming 2012 campaign.  Note to Ozzie: the Marlins lost their opening game at home to Kyle Lohse, who threw a no-hitter until the 7th inning.  The Marlins have some pressure to win games this year with all of their free-agent acquisitions, so Guillen should focus more on winning than blasting his former boss.  The White Sox may not have a good season (I’ll shed a single tear for that), but they at least have some class by leaving Guillen alone.

Trouble in Texas: Three more TCU football players have been charged with delivering marijuana.  This is terrible because university and NCAA officials try so hard to prevent student-athletes from being involved with drugs in any way, but some players simply ignore their coach’s conditioning and persist with an air of arrogant invincibility.  They get free rides to college because of their athletic ability, and in cases like the TCU arrests, their educational opportunities are wasted.  Two f the players charged could face up to 2 years in jail while a third may be facing 10 years if he is convicted for delivering in a drug-free zone.  By the way, the drug-free zone he entered with his products was the field the TCU team practices on!  Talk about thinking you’re too good to get caught.  To make matters worse for these players, they delivered the marijuana to undercover cops, so it’s unlikely they will get off with a slap on the wrist.  TCU has up to 23 players currently under investigation for dealing marijuana and 14 face serious charges.  The team is moving out of the Mountain West Conference and into the Big 12 for next season and will certainly face stiffer competition.  They cannot afford many distractions if they want to have a good season.  But what if head coach Gary Patterson has to boot most of these guys?  They’ll be depleted.  Perhaps he should reassess his recruiting practices and what kinds personalities he seeks in a recruit.

A Simpson Goes to Jail: This is not a reference to current man of incarceration O.J. or to The Simpsons cartoon show (although Homer has been to jail a number of times), but to former Cincinnati Bengals wide receiver Jerome Simpson, who makes my Bottom 5 after being sentenced to 15 days in jail and three years of probation for marijuana trafficking.  This should be nothing surprising to the Bengals’ upper management, since they often seem to have numerous players with criminal backgrounds while habitually signing, drafting, and trading for players who have shady histories (Cedric Benson and Rey Maualuga, for example).  The recent sentencing has forced the team to release the troubled wide receiver and move forward with younger players at the position.  After everything Simpson has been through (quite frankly, he’s lucky to get such a light sentencing), you would think he would get his life in order.  I doubt his family or other NFL suitors approve of his actions, and wide receivers are definitely needed in the league since so many go through multiple injuries over the course of the year.