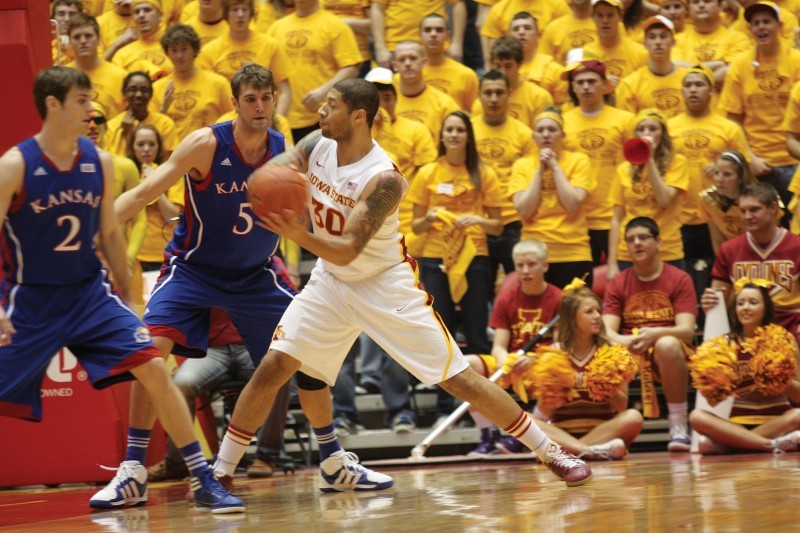 The Iowa State Cyclones men’s basketball team has surprised everyone in the Big 12 this season under second-year coach Fred Hoiberg. Hoiberg—who grew up in Ames and played basketball for Iowa State—has proven that he is the right man for the job, not just because of his past relations and success in Ames with Iowa State University, but because of the success that he has brought back to Hilton Coliseum and the men’s basketball program.

Hoiberg has successfully turned around the program in part due to his ability to lure a handful of college basketball players who left prominent basketball schools and transferred to Iowa State.  Athletes such as Chris Allen, who was a big part of a Michigan State team that made it to the final four in 2010, as well as Royce White, a highly recruited forward that originally committed and attended University of Minnesota before leaving his freshman year to attend ISU, have both contributed to an unexpectedly competitive Cyclone basketball season.  Allen decided to use his final year of amateur eligibility to play in Ames, and is the second-leading scorer on the team (12.4 ppg) behind Royce White (12.8 ppg).    Other transplants that have aided the team include: Scott Christopherson (Marquette to ISU, 12.1 points per game), Chris Babb (Penn State to ISU, 8.2 ppg), and Anthony Booker (Southern Illinois to ISU, 3.5 ppg, 2.5 rebounds per game).

The Cyclones (21-8 overall) currently sit in a tie with Baylor for fourth place in the Big 12 conference at 11-5, with Baylor having won their first match in Waco, 79-64.  That game—played two weeks ago yesterday—was also the Cyclones’ last loss.  It speaks to Iowa State’s underrated status as a team that they’re tied with the #10 Baylor Bears in the league standings yet are unappreciated in the polls with no top-25 ranking.  The Cyclones have yet another opportunity to prove their worth when they travel to #8 Missouri on Wednesday before closing the season against Baylor on March 3rd in Ames.

March Madness is right around the corner.  Let’s see if the Cyclones can close out the year on a high note and storm into the 2012 NCAA Tournament with a band of talented transplants.