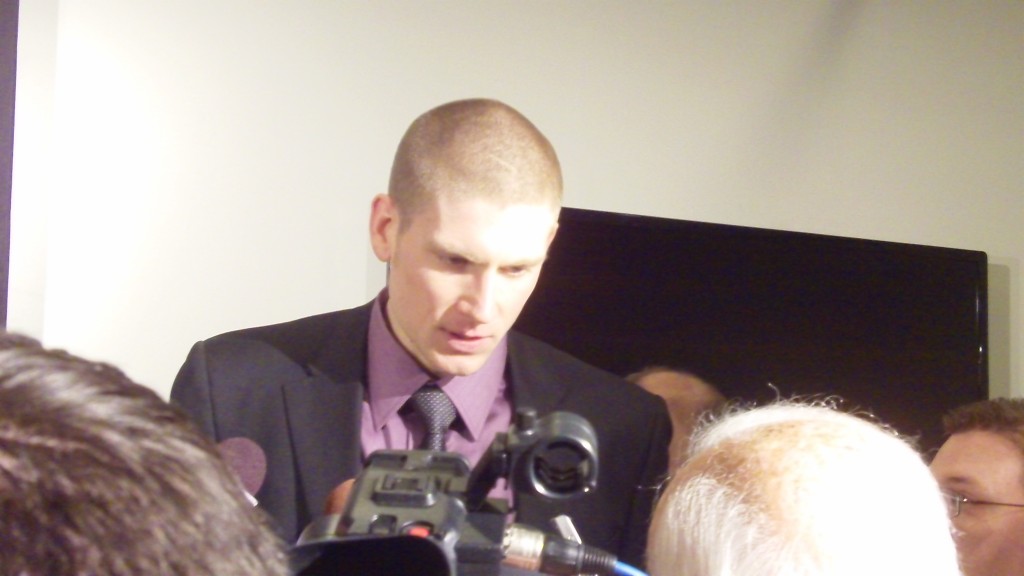 A hair over three weeks ago in Bloomington, Indiana, the Hoosiers of IU dropped an NBA score on the defenseless Hawkeyes, 103-89.  Center Cody Zeller plunked seven dunks over the course of the night on his way to a career-high 26 points, many of those dunks looking uncontested as he, his teammates, and a loud IU audience overwhelmed Iowa.

Fast forward to last Sunday at Carver-Hawkeye Arena in front of more than thirteen thousand Iowa fans, and Hawk senior guard Matt Gatens captured Zeller’s power of seven: the Iowa City native hit 7-of-10 3-point field goals to hose the Hoosiers for 30 points and tally a personal best for points scored in a game.

Indiana head coach Tom Crean certainly took note of Gatens’ performance.  He held nothing back in praising the Hawkeye senior in post-game interviews.

Zeller and Victor Oladipo scored 15 points a piece to lead the Hoosiers.  The loss dropped Indiana to 8-7 in the Big Ten and 20-7 overall.  Iowa improved to a game over .500 (14-13) overall and 6-8 in league play.  Hawkeyes Melsahn Basabe and Josh Oglesby offered surprising contributions on the night, with Basabe coming off the bench to score 13 points and Oglesby–who is playing for injured point guard Bryce Cartwright–tossing in 11 on two 3-pointers and then some.

Second change points and offensive rebounds in the first half enabled the Hawkeyes to take an 11-point lead into halftime, 37-26.

Steals by players like Gatens (3 steals) and R.D. Marble (4 steals) and 5 blocked shots by Melsahn Basabe (including a few on Cody Zeller that kept the center from slamming away) contributed to a 52-33 lead midway through the second half before the Hoosiers cut the lead to 52-42 during a Hawkeye scoring drought that lasted nearly five minutes.

Then, Matt Gatens personally took the Hoosiers down with six straight 3-pointers to put the game out of reach.

The Hawkeyes shot almost 43% on the night.  McCaffery, who’s demeanor has ranged from quietly content to an furiously boiling kettle face, had this to say about his team,  “It’s an example of what we’re capable of,” McCaffery said. “I think we have to look at that and say ‘Alright, that’s how good we can be.’ ”

Iowa’s next game is Thursday night at 8:00 p.m. against #15 Wisconsin at Carver-Hawkeye Arena.  UI students have free admission to the game with a student I.D. card.  The game will be televised nationally by ESPN2.  Iowa will attempt to sweep the Badgers for the first time in a long time.