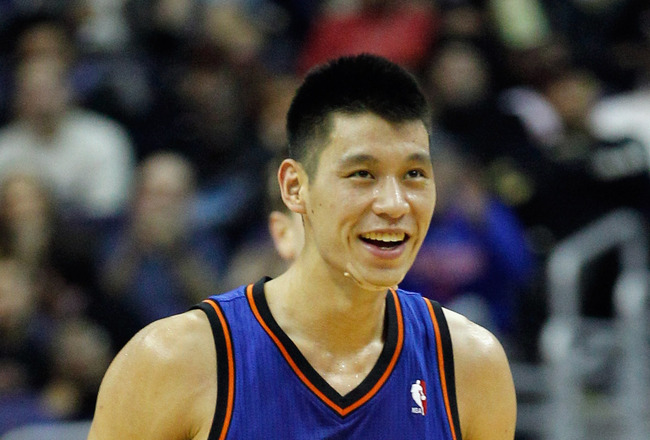 What’s even more shocking is that it’s only been eight games.

Yet within those eight games, New York’s Jeremy Lin has done things no other NBA basketball player has ever done before. He’s set records and broken barriers. He’s captured the heart of one nation and encouraged the confidence of many more.

Before Sunday’s game against the Dallas Mavericks, Jeremy Lin has scored more than 20 points a game as a starter (with the exception of the Knicks’ win over Sacramento last Wednesday, where he had 10 points).  He has dished out at least seven assists per contest (except for his lone loss, 85-89 to the New Orleans Hornets on Friday in which he had 26 points), and in the process, has brought the New York Knicks back into relevance.

And even through all the painstaking grinding from the 23-year old, through all the stories that have surfaced of his past struggles and hurdles, and through the consistent yet masterful play on the court, day-in and day-out, people continue to doubt the validity of this amazing rise to stardom.

Shall we acknowledge the faith aspect of this story, also? Because if you ask Lin himself, he’ll claim that God has done every bit of this. Every basket, every perfect pass, the start of his run, the getting to Harvard, his high school days; everything, Lin says, has everything to do with the big man upstairs.

After last Tuesday night’s win 90-87 over Toronto, the Lin-man himself expressed his greatness and loyalty to God, saying that none of this would be remotely possible without his own faith and prayer.

“I would say it’s a miracle just because anytime something like this happens, a lot of stuff has to be put into place, and a lot of it is out of my control. If you look back at my story, it doesn’t matter where you look, but God’s fingerprints are all over the place, where there’s been a lot of things that had to happen that I just couldn’t control. And you could try to call it coincidence, but at the end of the day there’s twenty, thirty things—when you combine them all—that had to happen at the right time for me to be here. So that’s why I call it a miracle.”

While the stories are eerily comparable, Jeremy Lin is not Tim Tebow. As devout as they both may be, let’s not forget that one’s on the court and the other is in the offseason. And while they both may win, you have to look past simple records to realize the magnitude of each one’s presence.

But let’s not even delve into a comparison, because we don’t need one. What we do need is a bit of heart. We need some solicitude for a man who’s doing things we haven’t seen since the 1970s.

I mean, after doing some reading on his story, and watching him play up close, it’s almost impossible not to cheer for Jeremy Lin. And I’m not the only one who thinks so.

“It’s great to see him break some barriers. As a fan of the game, I root for him,” said Miami Heat head coach Erik Spoelstra.

“He has been phenomenal. It is a great story. It is a testament to perseverance and hard work. It is a good example to kids everywhere,” said Los Angeles Lakers guard Kobe Bryant.

“He’s playing totally unselfish. He’s taking what the defense gives him. He’s studying, which is what you want from your point guard, a guy who wants to be that facilitator and get guys involved and get guys open shots,” said New York Knicks forward and teammate Amar’e Stoudemire

Jeremy Lin is the true story of rags to riches. He’s spent the last few weeks sleeping on his brothers’ couch in Manhattan even while dropping bombs for the city of New York.  He’s the real-life embodiment of the American Dream.

In fact, his story is borderline documented magic.

What’s not been magical about his jump to the top?

From being a part of a high school state championship team in Palo Alto, California, to being rejected by the likes of UCLA, Stanford, Boston College and a plethora of Ivy League schools, to earning his degree while going undrafted then bouncing between three different teams and finally to being the top dog that beats even sliced bread, Jeremy Lin is here. Jeremy Lin is a winner. And Jeremy Lin won’t be going anywhere anytime soon.

In no way is Mr. Lin Michael Jordan. In no way is he Magic Johnson. And in no way will Jeremy Lin ever become either of those Hall-of-Famers.

But with a story like this, including all the baskets, strides, and fans he’s made along the way, you can’t help but root for this guy to keep the flame lit.

Eventually, Jeremy Lin will lose a couple games in a row. And when the time comes, he won’t make the headlines he’s made in the last few days (i.e. Report: Lin moves from couch to apartment). He won’t cause nearly as much havoc. And he won’t be the center of attention.

That shouldn’t stop us from siding with the Asian-Sensation. Not one story is perfect. Not one story has gone from zero-to-hero without a few bumps in the road.

But we’ve all been waiting a lifetime to witness true history pulled out of a hat; true documentation of greatness that came out of nowhere – we’ve all waited to see true magic.

God has given it to us with Jeremy Lin. Let’s not waste our time rooting against what we’ve all been waiting for.

*UPDATE: Jeremy Lin scored 28 points and dished 14 assists in the Knicks’ 104-97 win over the Dallas Mavericks on Sunday afternoon.