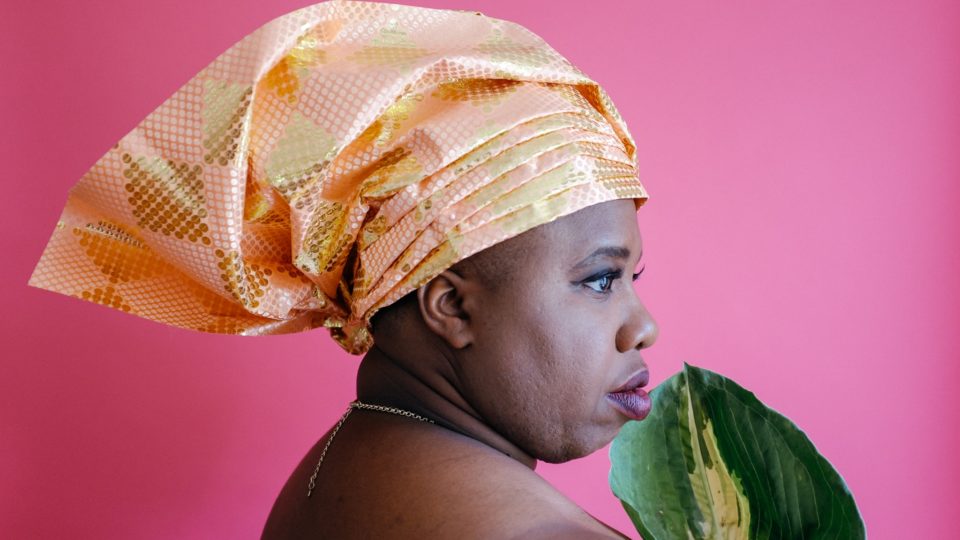 Nina Simone is a legendary figure not only for her music, but for her ceaseless fight for social change in America. The fearless spirit of Simone was channeled into and molded by Counterfeit Madison in her Saturday night performance at the Englert Theatre entitled I Got Life, And I Got Freedom: Exploring Personal & Social Change Through the Music of Nina Simone as part of the 2019 Witching Hour Festival.

I first saw Counterfeit Madison— the moniker for artist Sharon Udoh— at last year’s Mission Creek Festival, where I was dazzled by her no-holds-barred performance style. Udoh connects with music in way that is fascinating to watch, giving her entire self over to the rhythms and melodies with intense vigor.

Udoh took the stage with a beaming smile, and quickly took a seat at the lone Steinway grand piano that was positioned at center stage. She began the night with an alluring rendition of “Strange Fruit,” a song made famous by Nina Simone as well as Billie Holiday. Udoh’s vocal range is exceedingly similar to Simone’s, with rich, low notes and a powerful belt.

Udoh explained her connection to Simone in its entirety in an interview with Little Village, discussing how the two had similar upbringings and relationships with music. Both women trained in classical piano, both grew up going to a pentecostal-adjacent church, and both took stage names, among several other commonalities. In a break between songs, Udoh told the crowd of the moment when she first discovered Simone’s music.

“When I was 29 years old, working in a bakery in Columbus, Ohio, we would take turns playing music over the speakers,” Udoh said. “I heard this voice that was rich and deep, and I was like ‘oh what’s this?’ I didn’t want to tell anybody I didn’t know who it was, because I was embarrassed. So I was icing cupcakes, and I put down the icing bag, and I shimmied over to the computer. I looked and I saw a video of this woman, this androgynous woman, with a short haircut and dark skin and a broad nose, playing the piano classically and singing, and I was just like, what?!”

The performance featured covers of Simone classics like “Feeling Good,” “I Put a Spell On You,” and “Young, Gifted, & Black,” among others. All of Udoh’s covers of Simone’s music are available on her website, recorded when she first began the project in 2016 of connecting her own experiences with life and music with Simone. Between songs, Udoh spoke to the audience about the history and songs of Simone, and how her legacy is still extremely important in the current cultural moment.

“Nina craved the prime-time television spotlight of people like Aretha and Gladys Night, and she felt like she was being punished for her politics,” Udoh said. “Few people on this earth were able to live as honestly as she lived because they were afraid. Nina prompted people, black people specifically, by asking them to have some self questions: Who am I? Where do I come from? Do I like me? Why do I like me? How would this country be different if we asked ourselves those questions?”

Simone, who passed away in 2003, was exceedingly known for her ardent advocacy of equality for people of all races, particularly during the civil rights movement in the 1960s. This focus is prevalent in much of her music, particularly after the 1963 16th Street Baptist Church bombing in Birmingham, Alabama. This act of white supremacist terrorism caused the death of four young black girls, and injuries to 20 others, prompting Simone’s release of “Mississippi Goddam” in the following year. The song was so contentious that many of the white-run radio stations of the time refused to play it, some even returning Simone’s record to her broken in half.

Performing more somber covers of “Mississippi Goddam” and “Brown Baby,” Udoh brought a focus to the conflicts Simone’s music confronts. Unfortunately, our country is still facing much of the racial issues it was grappling with during Simone’s heyday, with increasing police violence and mass shootings. In a rousing final conversation with the audience, Udoh questioned why the U.S. continues to facilitate the destruction of minorities, connecting today’s issues back to Simone with a quote on the concept of freedom.