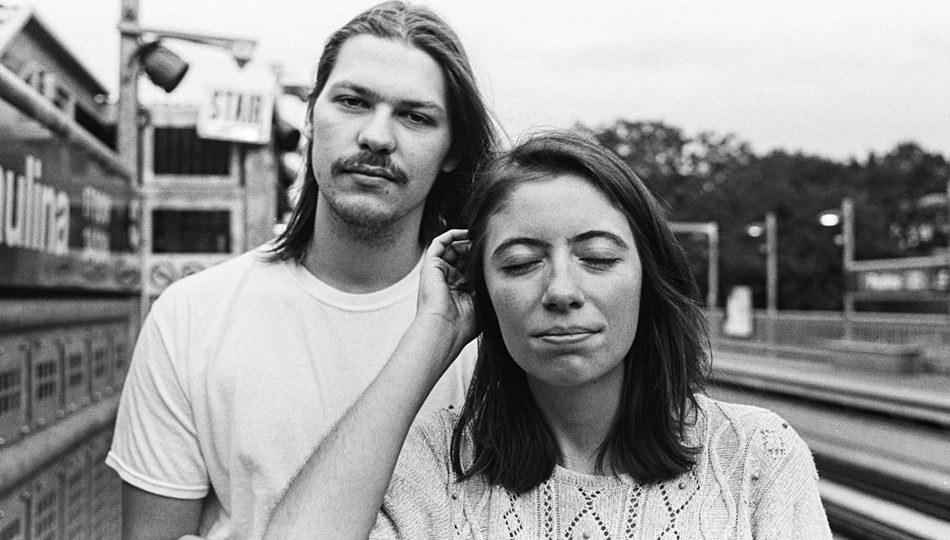 When I graduate in December, I will miss concerts at the Mill most. I will miss how full the venue gets, even for the openers who would play to empty rooms in front of different stages that don’t feel as much like a home. I will miss how accessible a place to sit is, still in view of the main singer and their electric guitar. I will miss the pink lights that dust the stage.

When it comes time to choose shows to review for Mission Creek, I automatically seek the music that would live here, in this happy place. This year’s festival was no different, though I admire the music scene all around Iowa City. This is a special time of year where, somehow, magic happens and there is affordable merch available after sets.

This magic is the reason I go to these concerts blind, in this case Pink Neighbor and Ratboys, without knowledge of the band members or their music. I don’t want reviews or already recorded releases to be my learning material; I want them to teach me in the moment, with their instruments and their voices. And so they do, every single time.

The first band of the night was Pink Neighbor, a band from Grinnell, Iowa, started by Katie In and Erik Garvis. They make music they describe as, “Groovy. Intimate. Loungey. And of course, neighborly.”

Pink Neighbor made music that would fit in perfectly on the soundtrack of a murder mystery about a battle between rock stars and jazz musicians. There are probably aliens involved as well. It would emanate from the cassette player of a car travelling through dreams of pastel-colored sand dunes. They are what you would see if you imagined a band in a lava lamp: iridescent suits, tasseled jackets, sequined tank tops paired with fishnets and thigh-highs, a metallic-shimmering-swirly pink drumset. I was mesmerized. I still was in the morning.

As the name “Pink Neighbor” suggests, the band makes music that feels like home, but one that lives in an imagined place rather than a sentient one. There is jazz from a saxophone, the universe from a keyboard, the rock n’ roll from the guitars, the intensity from the drums.

There was a set of lyrics from a song called “Nebula” that solidified the feeling of communal acceptance and care. They weren’t only sung, but spoken to the audience before the band began to play:

Get down with your neighbor,
shake your hips, wave your hands
and float it on you.

When I drive home for my father’s birthday this weekend, I will bring the copy of Time Driving I bought after the show with me. I can imagine that the car is flying and there is a sherbet-hued desert below me. That’s what this music does. I only wish it could last forever.


Between Pink Neighbor’s set and Ratboys’, Iowa City band, Halfloves, took their place on The Mill’s stage. You can read Caley’s review of their performance here to learn more about what they put out this year for Mission Creek Festival.

As Ratboys took the stage, I couldn’t shake the feeling that I knew them. They look and sound just like the people I have come to surround myself with in my time here. They share our jokes and maybe even feel what we feel. They made me hear what Paramore might sound like if they had been born and raised in Iowa City (not to insinuate that I am anywhere near the realm of surrounding myself with the members of Paramore). Ratboys isn’t too far off, either; the band came to visit us for Mission Creek from Chicago and will also be going on a gigantic tour for the next few months to spread their sound across the country.

An excerpt from my notes at the beginning of the performance: From the tuning, I knew I was in love. Harmony! Melody! I would sit and listen to a band tune forever, if it ever took so long to get the strings to strike perfectly. It never lasts long enough, and Ratboys let their notes slide.

The set started off emulating the thesis Ratboys gave to Mission Creek Festival: to “write songs that tell stories and honor the intimacy of memory.” The first was called “Molly,” about lead singer Julia Steiner’s sister of the same name. The second was “Elvis in the Freezer,” about her cat, who passed tragically at the age of six and was kept in the freezer until a proper funeral could be performed. As a cat fanatic, this one hit my heart hard.

I was struck by the confidence of Steiner’s vocal confidence. It is always impressive to see an artist belt into a microphone without hesitation and with such intense control over their own voice. She was perfectly in rhythm, and the audience had the honor of being introduced to her new, deep-blue guitar. We were the first to hear it on stage.

At the end of their performance I went to Ratboy’s merch table and bought an indigo-sky blue shirt featuring white horses outlined in hot pink. Julia was at the table and I got to tell her what a great show she put on. I could feel the genuine joy she felt in being there, in Iowa City’s happy place of a venue, playing for people who so wanted to be there, listening and learning.

Mission Creek is far from over, so head over to the online schedule and see what shows are coming up! Snag a ticket and support an artist or author if you can.