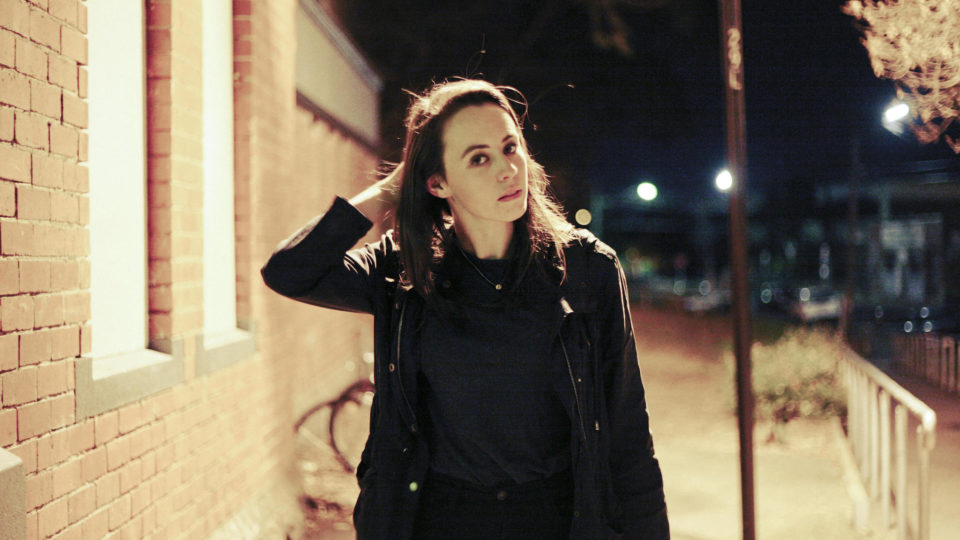 At The Mill, I witnessed someone singing while really bearing their emotions. Gordi is an Australian Singer/Song writer that has a powerful beautiful voice that will cause your ears to listen no matter how much you resist.

I did very little research into Gordi before the show because I like to be taken by surprise by what I’m about to witness but to call what I heard a surprise doesn’t seem enough. I was captivated by Gordi’s voice and musicality.

As she sung you could hear in her voice that she felt the music she was making and was truly causing the material to be elevated.

I truly felt as though I  just saw my first show where the band was feeling their music and not just performing it. I can’t recommend seeing Gordi live enough.

Her songs cause the listener to feel both melancholy yet also hopeful. Her use of acoustic guitar, electronic playback recorder, and powerful vocals are truly a music mix for the gods.

She spoke very earnestly between songs and seemed very sweet. She truly had a large stage presence for being only a one-member band but she truly rocked the stage tonight.

As she played, so many people attended that many ended up sitting on the ground in front of the stage cross-legged. I’m defiantly glad I got a chance to see her tonight.

She definitely has the talent that is remembered for years to come.

Her song “Heaven I Know” was a beautiful thing to witness.

The use of the looping audio of Gordi whispering and saying the word heaven was perfectly placed in the background of her melancholic lyrics about trying your hardest but still failing.

But the song that was my favorite of the night was a cover of another Australian singer Courtney Barnett’s “Avant Gardner”. Gordi’s version caused this amazing joy and sadness that tells a story. After seeing this concert, I will be listening to Gordi on Apple Music all week to find more gems that she has recorded.

In an interview by casualbandblogger.com, Gordi spoke about the best advice she has ever received about music,

“I guess, I always come back to the idea that the song is king. All of the peripheral stuff is important, but no matter what, just returning to the idea of that it’s all about the song. And that’s it for me, at the end of the day I just need to write good music, and that means writing it from a real place where I’ve felt something significant and authentic. Something that inspires something great – or at least something good. I think that’s one of the things that always stays with me.”

Here are some of her songs that I really enjoy if you are wanting a good start on Gordi. Also, check out herrecentt Album “Reservoir”

Nothing’s As It Seems