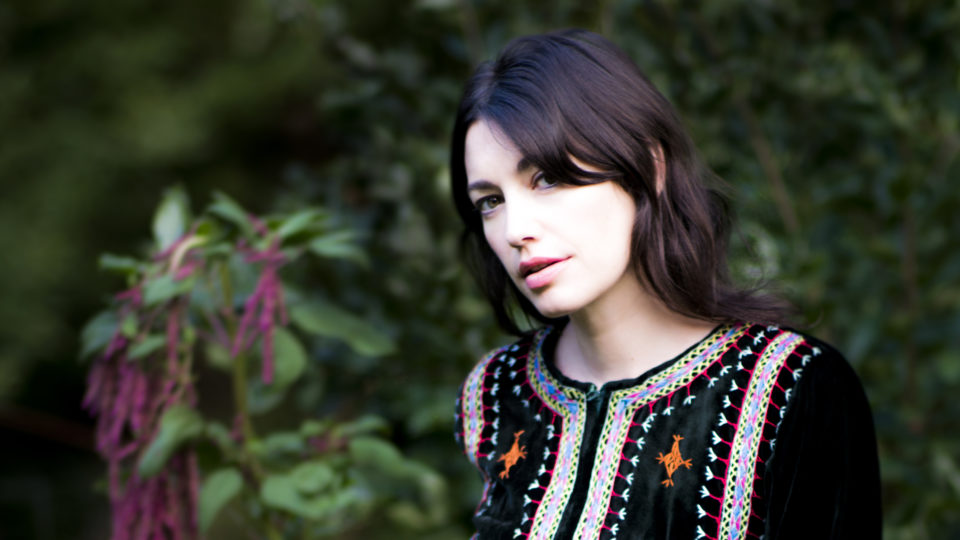 Never judge a book by its cover, that’s all I can say.

Tonight, I walked into The Mill expecting to listen to music that was far outside my own preferred genre; however, I was shocked by the performers that took the stage and practically stole my heart. From the two openers: Dickie and The Feralings; to the star of the show: Pieta Brown; all were amazing in their own way; however, some more than others.

Starting from the top, Dickie was an interesting combination in itself. A talented mid-forties gentleman, paired with a young mid-twenties violinist, worked magic together to create a collection of dark and gorgeous songs that you could only imagine listening to when it’s dark and storming outside.

At first, I was skeptical and weary about the strange musical combination but after hearing them perform together I started to move my body along with the interesting melody and soon found myself humming and truly enjoying the music. It was as if their music had the capability to pierce your chest and weave their way into your heart and make a home. It is something that is hard to put into words because words cannot amount to the emotions that Dickie brought about. Throughout the entirety of their performance, I was entranced and left wanting more.

After listening to Dickie for an hour, I had high expectations for the second openers: The Feralings; however, I can’t help but admit that I was not moved by their performance on the same level that I was with Dickie. From their opening song, I knew we weren’t going to have a wholehearted relationship, but something different altogether. Possibly due to it being an interesting combination, or rather a branch, of Christian Rock music, it simply did not peak my interest and wasn’t my cup of tea.

The transition of melodies from Dickie to The Feralings was so dramatic and different that it, unfortunately, left the latter a little unattainable and confusing. I do want to clarify, that I am not saying that The Feralings is a band that should not be noted and held in high esteem, but rather, for the environment that they were in, it was not appropriate and did nothing to aid them professionally. When I think of The Feralings, I imagine sitting around a campfire just relaxing and looking up at the night sky, not red brick walls and the lingering smell of cigarette smoke. The Feralings were good but not as good as I hoped.

With my emotions on edge, The Feralings bid their final thanks and welcomed Pieta Brown to the stage. Having it be the first time that I have ever heard her name, I was beyond interested in what she was bringing to the table. Already having been entranced by Dickie and set off by The Feralings, I was more than skeptical at what she was capable of. Waiting for her to begin was torture in itself; however, once the sound of her voice hit my ears, it was all worth it in the end.

The physical form of nostalgia stood before me in the form of a woman in her early forties with a fondness for folk music. It was as if the stage was made for her and she knew it. From her first song to her very last, it was amazing to watch her lose herself in her music and express herself in the purest way. Her music was sincere and literally left everyone wanting more. Not ready to say goodbye, the crowd urged, or rather begged for one more song, and like the angel she is, she delivered and it was too good to let go that when she bid the crowd her last farewell, you couldn’t help but feel the longing left in the crowd.

Overall, Dickie, The Feralings, and Pieta Brown brought about an experience that is literally something you would only experience once in a lifetime. I am more than happy, maybe even appreciative, that I attended Mission Creek at The Mill, for if I hadn’t, I would have missed out on music that I was desperately in need of.

If I was to give the show a rating, it would be as follows:

Want to hear them for yourself? Check out the links below!