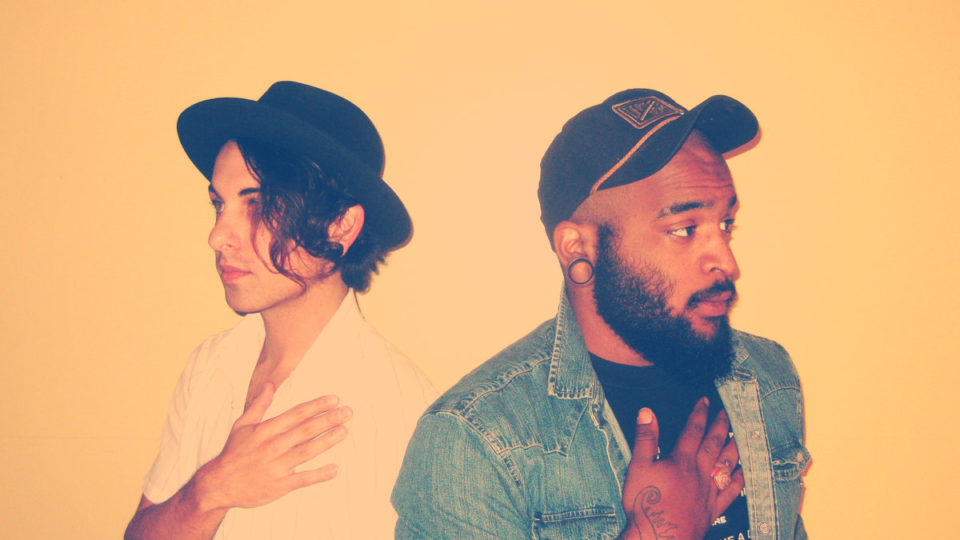 Though the band, Sister Wife, is held together by the dynamic duo of Matt Ajishegiri and Sam Carothers, their sound produces a little something for everyone with inspirations from indie folk, rock, soul, and a hint of pop.

Sister Wife kicked off Friday night at the Englert Theatre with a thundering performance ignited by Ajishegiri’s loud, sporadic drums.  He sat behind lead guitarist and singer, Carothers, as the flamboyant lead man kept the crowd energized with his swift guitar riffs and high pitched, reverberating voice.

Hailing from Rock Island, Illinois, this indie rock duo was eager to showcase their 2017 album Trap House.  They opened up a night full of indie music at the Englert Theater, with Margaret Glaspy and Wye Oak following the bombastic performance.

Though Sister Wife was not the biggest ticket name to hit Iowa City for Mission Creek festival, the indie rockers left the crowd standing and in awe after the performance.  First impressions are important for up and coming indie rock bands when performing in concert, that’s why Sister Wife started off the concert with some classics from their most recent album.

After getting the crowd off their feet, Sister Wife went back into their music catalog and played songs from their 2016 EP, 5th House of Wonder.  Songs such as “Arizona” and “Hands of the Watch” established Sister Wife’s early vision of indie rock with a twist: a sense of pop, reminding one of the popular Twenty One Pilots.

Even though the audience only got an hour with the indie rock duo, Sister Wife kept a consistent, raucous pace that made the experience even more intimate and fulfilling.  Towards the end, Carothers paused for a moment sensing he still had his most popular and powerful songs yet to play.

He turned back to Ajishegiri and the steady drummer pounded his snare signaling Carothers to jump into their last few tracks.

Carothers’ vocals echoed throughout the theater, as the indie rock duo sang the album’s title track, “Trap House.”  The fun, cheerful song was complimented with some guest help on stage by that of a xylophone.

Following “Trap House”, the crowd quickly glanced down at their phones hoping the hour hand had yet to strike 8 p.m.  Carothers retained their focus right back to stage, jumping into the swift and smooth opening guitar riff of their most popular track, “Dirty Finger Nails.”

Right after the guitar riff, Ajishegiri joined in on the fun by pounding his cymbals igniting Carothers’ vocals.  The crowd stood up for this song, heads bobbing back and forth; witnessing the power two musicians possess on a stage.

I left the Englert Theater wondering when Sister Wife will garner a larger following.  After one album, the ceiling is the limit for this funky, indie pop rock band.